Rajon Rondo to be on minutes restriction in return from injury

The Celtics will smartly be cautious with Rondo's minutes as he returns from an ACL injury on Friday.

Share All sharing options for: Rajon Rondo to be on minutes restriction in return from injury

Boston Celtics star point guard Rajon Rondo will be on a minutes restriction when he makes his much anticipated return from an ACL injury against the Los Angeles Lakers on Friday night.

Celtics president Danny Ainge spoke about Rondo's return, and he said the game plan is to play the point guard about five minutes per quarter, according to Steve Bulpett of the Boston Herald: 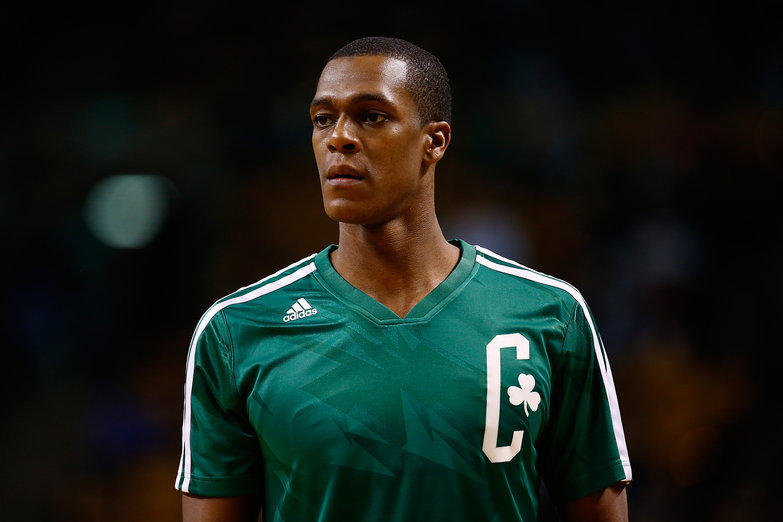 CelticsBlog on Rondo's return to the court

"I think conditioning right now is probably the biggest question," said Ainge, "so his minutes will be limited to start, and I don't know if that's going to happen for weeks or months or what. He'll probably be playing five minutes per quarter, approximately, and knowing Rondo, he's going to be complaining about that, probably checking himself back into the game occasionally because that's who he is. But that's the game plan."

Celtics coach Brad Stevens echoed the 20-minute restriction, according to Baxter Holmes of the Boston Globe. Stevens made it a point to temper the expectations for Rondo's return, warning that it would be foolish to expect "Game 7 Rondo" immediately. Ainge also noted there will be an adjustment period and it could take some time for Rondo to return to form.

Rondo tore his ACL just under a year ago, and with the Celtics in a rebuilding year, he has been very patient with his recovery. Boston has struggled mightily of late, but they remain just three games out of a playoff spot in the Eastern Conference. If Rondo can get back to his old self relatively quickly, perhaps the Celtics can make a run into the postseason.

Rajon Rondo will return from torn ACL on Friday