The NBA announced roster pools for rookies and second-year players who will compete in the Rising Stars Challenge on the Friday of All-Star weekend in New Orleans.

Eighteen rookies and sophomores were named to a pool of players who will be split into two teams for the 2014 NBA Rising Stars Challenge.

The next big thing 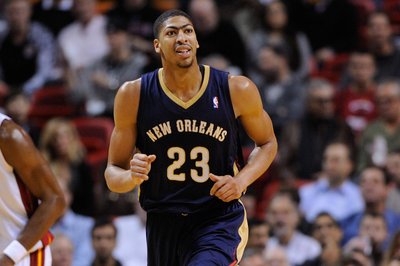 Carter-Williams leads all first-year players assigned to the pool with 17.4 points, 6.7 assists and 5.6 rebounds per game. Only two of the nine rookies in the pool, No. 2 pick Victor Oladipo and No. 9 overall pick Trey Burke, were drafted in the top-10 of the 2013 NBA Draft. Six of the nine fell between the No. 11 pick, Carter-Williams, and the No. 24 pick, Knicks rookie Tim Hardaway Jr.

Leading the sophomores, Davis is the NBA's best shotblocker, averaging 3.3 blocks to go with his averages of 20.4 points and 10.4 rebounds per game. Meanwhile, Lillard is putting up 20.6 points and 5.6 assists per game for the upstart Blazers.

The pool will be split into two teams via a general manager draft during a Feb. 6 TNT broadcast.

• OKC's decisive win over Miami | Has KD caught the King?