Kevin Durant and Oklahoma City stole the show from LeBron James and Miami on Wednesday. Was it a harbinger of things to come, or just a January blip?

Share All sharing options for: Kevin Durant and the Thunder's decisive victory

There’s danger in both of those assertions because it’s still only January and we’ve seen teams like Miami and players LeBron James turn it on way too many times to make such definitive statements. But that’s what it felt like after Durant and the Thunder ran the Heat off their own court on Wednesday in a 112-95 victory.

Durant was unstoppable even with James guarding him most of the night. He recorded a 33-7-5 line on 23 shot attempts, and it’s even possible to suggest that is was a bit of an off night because his standards are so ridiculous right now. Consider that in his previous 13 contests coming into Wednesday’s much-hyped showdown with the Heat, Durant was averaging almost 38 points a game. The difference was the five free throws that he didn’t get, which was a testament to LeBron’s ability to force him to shoot over the top.

Of course, that’s asking for trouble too. This was University of Texas Durant, where he toyed with smaller defenders and rained hellfire and brimstone from the perimeter. The only difference was that it was LeBron he was shaking down and not some poor kid from Iowa State. If James can’t stop that, no one can.

Not that James wasn’t great in his own right. He matched Durant point for point and shot for shot, most obviously during a stretch late in the third quarter where they seemed to be playing their own little game with each other.

Kevin Durant does it again 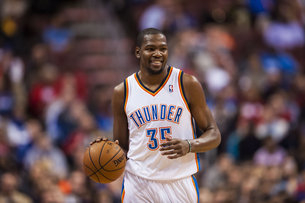 "Rucker Park." That’s what Durant told reporters in Miami the sequence felt like, and for everyone else, it’s what we tuned in to see. The two best players in the world going at each other in a frenzied sequence with neither backing down and no quarter given. It was worth the two and a half hours we invested in this game, and the only downside was it came during an otherwise one-sided blowout.

James finally missed at the other end, and by that point the game was basically over. OKC took a 16-point lead into the fourth quarter, which gave us all ample time to consider the two overreactions in the lead.

As for the first suggestion that Durant is clearly the MVP, if you can honestly sit here and say that Durant is obviously better than LeBron or vice versa, then you’re lying. The numbers, both traditional and advanced, back Durant, but we’re still talking a matter of degrees. If there’s a choice to be made, then the decision goes to Durant, but LeBron shouldn’t be readying his concession speech just yet. 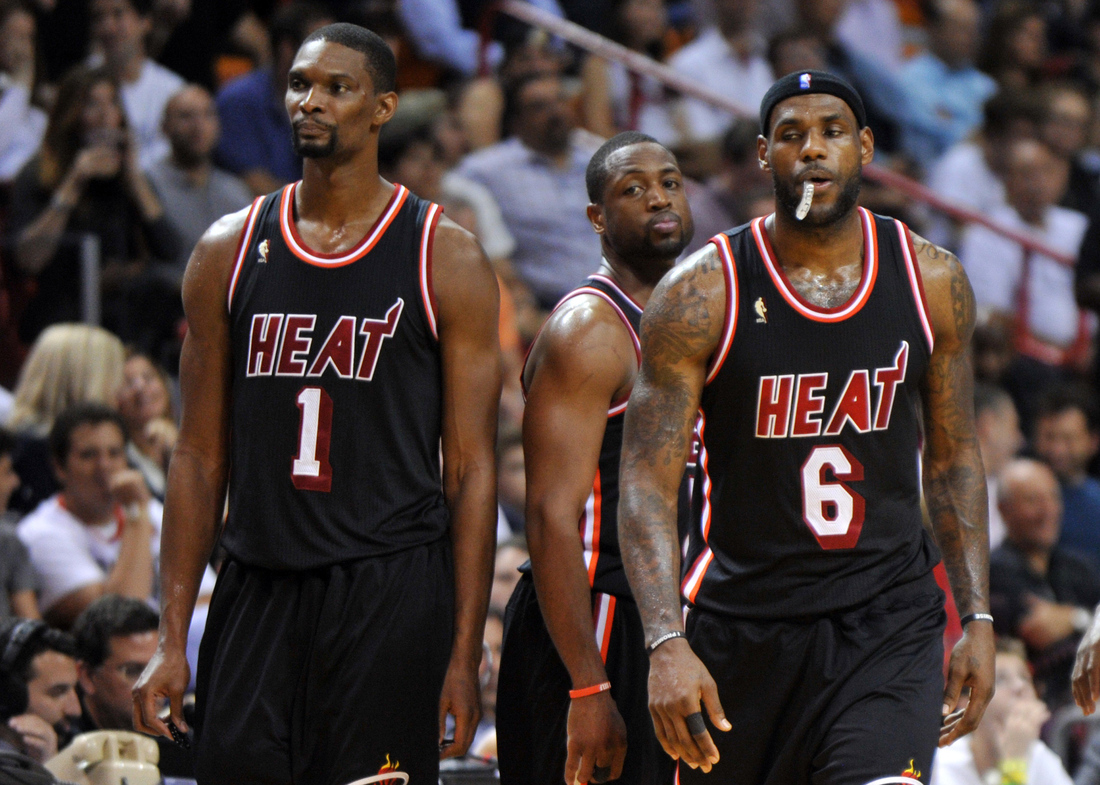 As for the second, that the Heat are in big trouble? There is an uncomfortable amount of evidence building that this is more than just the mid-season blues dragging down a bored champ in January. Aside from LeBron and Chris Bosh, who is clearly Miami’s second-best player and has been all season, the Heat looked old and oddly stale.

Ray Allen and Shane Battier missed all but two of nine shots, Udonis Haslem has been passed in the rotation by Michael Beasley and Dwyane Wade was essentially a non-factor. Their team defense has been slipping for a while now, as those helter-skelter traps that close deficits and blow up leads have been harder to conjure on a moment’s notice.

Again, it’s only January. But the Heat won’t get any younger between now and the playoffs, and the Pacers have become a very real threat in the Eastern Conference. The early rounds may be cakewalk, but even if they do get past Indy, you can bet the Pacers will exact their pound of flesh. The Heat haven’t looked this vulnerable since their first season together and that was more a function of time than cause for alarm.

SB Nation's Heat community was alarmed by the defeat.

The big decision Heat didn't look like a title team

The other big takeaway from this game was that Thunder coach Scott Brooks finally pulled Kendrick Perkins from the lineup before things got too far out of hand. It was 15-2 when Brooks mercifully yanked Perk and it was 110-80 after that. If Brooks can make that kind of decision in January, there’s no reason he can’t do it during the postseason.

That’s an absurd example of what we’ve all known for a while now. Take Perkins out of the mix, and the Thunder become a versatile and dangerous squad, with young players like Reggie Jackson, Jeremy Lamb and Perry Jones adding a much-needed infusion of talent and athleticism. You can throw rookie center Steven Adams into that equation as well, even though he played only a few minutes.

All of that is without Russell Westbrook, who will be back sometime after the All-Star break. The Thunder are 14-5 without Westbrook, and you can go ahead and cue up the predictable noise that OKC is better without Westbrook commandeering the offense and taking shots from Durant. How quickly people forget last year’s playoffs. We’ve been down that particular road before and it’s still brings us to the same dead end. The only way it stops is if the Thunder get back to the Finals and win it all with KD and Russ playing leading roles.

All of that will sort itself out in due time, which brings us back to Wednesday. Rarely do things seem so clear. It felt like a harbinger of what’s to come, and for this night at least, the answers seem obvious.

• The Hook: How Adam Silver can end the NBA's lockout pattern