Andrew Bynum waived by Bulls after being traded

After being suspended and then traded by Cleveland, the young big man finds himself in free agency. Will anyone step up and sign him?

Share All sharing options for: Andrew Bynum waived by Bulls after being traded

Andrew Bynum is a free agent. After acquiring the center in exchange for Luol Deng on Monday, the Chicago Bulls unsurprisingly waived Bynum on Tuesday before his contract became guaranteed for the rest of the season, according to CBS Sports' Ken Berger.

Bynum signed a partially guaranteed two-year, $24 million contract with the Cleveland Cavaliers in July. The Cavs have already paid Bynum $6 million, but his contract would've kicked in for another $6 million on Jan. 10 if he was not released. (Bynum's second year was fully unguaranteed.) In order for Bynum to clear waivers in time, Chicago had to do this before 5 p.m. ET on Tuesday. The Bulls have done just that. 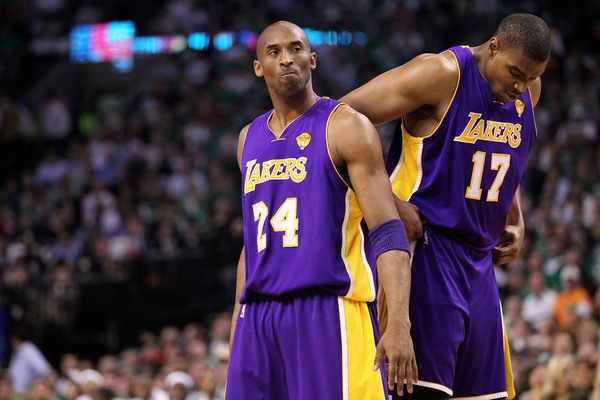 Looking back at the death throes of the Lakers' mini-dynasty is an exercise in unavoidable heartburn.

The Bulls will save over $20 million as a result of trading Deng and releasing Bynum, as the moves will bring the team's total salaries below the league's luxury tax threshold. There is speculation that Chicago's next major move will be using the amnesty provision on Carlos Boozer this summer, which would give the Bulls the financial flexibility to chase free agents and dramatically reshape their roster.

Cleveland suspended Bynum for conduct detrimental to the team on Dec. 28 after he reportedly became uncooperative with the coaching staff and seemed disinterested in practice. When he initially signed with the Cavaliers, he was said to be disciplined in his rehabilitation and workout regimen, and he unexpectedly appeared in the team's season opener. Bynum wasn't able to have much of an impact on the court, though, averaging just 8.4 points and 5.3 rebounds in 20 minutes per game. In November Bynum said he was trying to discover the joy of the game again and he was still considering retirement.

It was clear Bynum was a shell of his former self even at the ripe age of 26 after missing all of the 2012-13 season with knee injuries. He was shooting just 41.9 percent from the field after shooting above 55 percent in every season since his rookie year. He also clearly lacked the mobility and endurance he showed during his prime years with the Lakers. In a low point on Dec. 23, he went 0-for-11 against the Detroit Pistons, going scoreless in 22 minutes of a 23-point loss. Even still, Bynum could possibly be an appealing free agent to a contender looking for help on the inside.

For Cleveland, Bynum was a gamble that didn't work out, and the team managed to extricate itself from the situation rather well with the Deng deal. For Chicago, he was only ever a contract. Soon we'll find out if there are any teams who see him as a contributor.

Matthew Tynan and James Herbert contributed to this story.