The sweetest deal in sports is about to end

As David Stern's tenure as commissioner draws to a close, the NBA is set to announce a settlement agreement with Ozzie and Daniel Silna, the former owners of the Spirits of St. Louis.

Share All sharing options for: The sweetest deal in sports is about to end

As David Stern's tenure as commissioner draws to a close, the NBA is set to announce a settlement agreement with Ozzie and Daniel Silna, the former owners of the Spirits of St. Louis who negotiated what many have called "the greatest sports business deal of all time," according to Richard Sandomir of the New York Times. 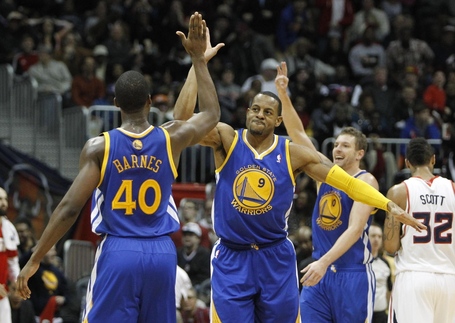 The top two teams remain the same in the newest batch of NBA power rankings. Meanwhile, a streaking Western Conference team is knocking on the door of the top five..

The deal, established in 1976 when the NBA and ABA merged, entitled the Silnas to a percentage of the league's television revenue in perpetuity in exchange for folding their team. The brothers have made about $300 million from it up until this point. The league has been trying to get out of the agreement for years and has ramped up negotiations with the Silnas over the last six to nine months, and on Tuesday they will announce that they have reached a "conditional agreement," via the New York Times:

The Silnas are to receive a $500 million upfront payment, financed through a private placement of notes by JPMorgan Chase and Merrill Lynch, according to three people with direct knowledge of the agreement. The deal would end the enormous perpetual payments and settle a lawsuit filed in federal court by the Silnas that demanded additional compensation from sources of television revenue that did not exist in 1976, including NBA TV, foreign broadcasting of games and League Pass, the service that lets fans watch out-of-market games.

Still, the league is not getting rid of the Silnas altogether. They will continue to get some television revenue, some of it from the disputed sources named in their lawsuit, through a new partnership that is to be formed with the Nets, the Pacers, the Nuggets and the Spurs, according to the people with knowledge of the agreement. But at some point, the Silnas can be bought out of their interest in the partnership.

Obviously, $500 million is no small sum. Remember, though, that the Silnas aren't obligated to agree to any sort of settlement. There's nothing stopping them from keeping the cash coming in forever. It's pretty impressive that Stern, with just over three weeks to go before he steps down has commissioner, has actually managed to get the league out of this.