Luol Deng gave the Bulls everything he had for more than nine seasons, but the appreciation wasn't always reciprocated. A trade sending Deng to the Cavs therefore ends a rocky era that should have been more peaceful.

Sentimentality only gets in the way in the cold-hearted business of basketball, a place where loyalty means paying for past performance in future years and there's simply no room for a curtain call. We all know that luxury tax dollars and amorphous future assets take precedence over a decade of blood, sweat and tears, but it doesn't exactly lessen the blow when it happens.

An early-morning trade sending Luol Deng to the Cleveland Cavaliers hammered home the point without apology.

Deng was the Bulls' longest tenured player since being drafted with the No. 7 pick in 2004. It isn't a reach to say he changed the culture in Chicago. In the six years between Michael Jordan's retirement and the 2004 draft, the Bulls averaged 20 wins per season. With rookies Deng and Ben Gordon the next year, the Bulls shot up to 46 wins. They've been a sustainable playoff threat and pseudo-contender ever since, with 2007-08 acting as the only outlier. That was the season the Bulls lucked out to win the lottery and land Derrick Rose.

The Cavaliers' GM needs this trade to work to save his job.

Savings too much to pass up

your friendly BullsBlogger •Blog a Bull

The Bulls have been Rose's team ever since, but Deng was always riding shotgun. No one embodied the spirit of Tom Thibodeau's Bulls more than Deng. He played through a constant assortment of injuries, accepted the toughest defensive assignment on the wing every night and provided Chicago with a valuable secondary offensive option. Deng defined all of the cliches one might find trite. He was a workhorse, a glue guy, a hard hat and lunch-pail laborer. Basketball was very much a job for Deng. He took the game seriously.

But for someone who did so much good for the Bulls and doubled as the NBA's biggest humanitarian, Deng rarely felt fully appreciated by the organization. The way they treated a player and person of his stature was often an embarrassment. It started with a contentious negotiation process for Deng's first extension, when he fought past lowball offers from the Bulls before eventually getting $71 million over six years. He was the subject of trade rumors all the way through — everyone from Pau Gasol to Kevin Garnett to Kobe Bryant — but it never bothered him. Deng just punched the clock and kept on working.

The relationship between the player and team really started to sour in 2009. The Bulls misdiagnosed what turned out to be a stress fracture in his right leg and publicly challenged him to play through it. That isn't an exaggeration. In the news release announcing the injury was this line: "He will be encouraged to challenge himself physically." A few weeks later, doctors were advising him not to put any weight the leg.

It didn't end there. Deng was issued a spinal tap when doctors suspected meningitis during last season's playoff run, an injection that had severe repercussions on Deng's body and glued him to a hospital bed. Once he was there, the Bulls showed little concern for him. Deng didn't even have a private hospital room, much less visits from team personnel. Tom Thibodeau had the gall to say Deng had "flu-like symptoms, whatever" when asked about Deng's illness. It set the stage for another contentious negotiation process. Deng's impending free agency hung over this season the moment the last one ended.

It should come as no surprise, then, that the Deng era ends in Chicago with a thud. The Bulls made one final overture to Deng, a three-year, $30 million contract that would have amounted to a hometown discount. Deng does some important things with his money. He wasn't about to take less to play for an organization that mistreated him on numerous occasions over the years.

Still, it's hard to fault the Bulls for the offer. Even though Deng doesn't turn 29 until April, there's reason to believe his future might not be as bright as his past. The organization plays a role in that, as Deng has led the NBA in minutes per game each of the last two years. Since Thibodeau took over, he's finished no lower than fourth in the category. He's been playing with torn ligaments in his wrist since January of 2012, only he never got the surgery because of his obligations to both the Derrick Rose-less Bulls and Great Britain in the Olympics. Deng also revealed that he played through a fractured thumb last season.

The Bulls will spin it like this had to be the end for Deng in Chicago. Maybe this will end up being a bright business decision. 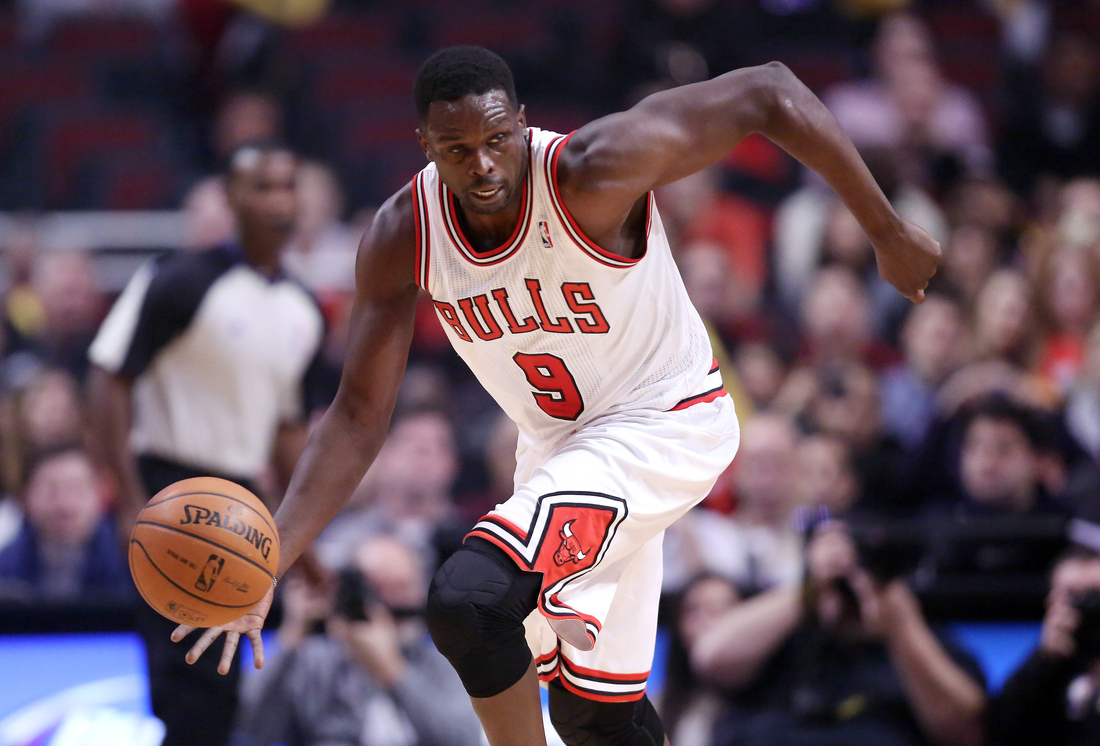 But from an owner who prides himself on loyalty, refusing to pay Deng market value reeks of hypocrisy. Owner Jerry Reinsdorf said it himself: "Basketball is a game. Baseball is a religion. Baseball is American." While the other team Reinsdorf owns, the Chicago White Sox, are defined by loyalty throughout the major and minor leagues, with former players holding every job imaginable, the same sense of obligation does not extend to his basketball team. It didn't even extend to Michael Jordan and Scottie Pippen. Basketball is indeed only a game to Reinsdorf. Is it even American?

There is nevertheless plenty to be excited about in Chicago for the future, assuming Rose can stay healthy. There's a top-10 protected draft pick from the Bobcats that could be theirs in a loaded 2014 draft. They have their own pick, which may be in the lottery now. Nikola Mirotic, arguably one of the best basketball players in the world outside of the NBA, could be over next season, too. Now, they have a protected first-round pick from the Kings, multiple second-rounders from the Blazers and the right to swap with Cleveland in 2015.

But what the Deng trade really signifies is the end to era of Bulls basketball that never got a fair shake. Injuries decimated three straight seasons for a team that truly believed it had enough to win a championship.

Perhaps the Bulls should be commended for recognizing when to cut their losses. The best business decisions rarely feel good in real time. This one certainly doesn't. All the while, it might be best for every party involved.

Often times, it felt like Luol Deng was too good for the Bulls. Finally, the team isn't his problem anymore.