The Warriors reign supreme again, though other rising powers in Houston and Memphis are hot on their tails.

Golden State will likely frequent the top spot in the power rankings multiple times, but that's not surprising. The big-ticket questions can't be solved yet. How good are they are once the playoffs start? How well will Harrison Barnes' development continue?. Can Draymond Green can maintain the type of production he has? Those are just some of the hot-button issues.

For now, they take home No. 1 honors for the second straight week.

The Rockets are taking three-point shooting to the next level.

When the shots drop, this offense is humming. When they aren't? Just look at the horrendous game they slipped by in Oklahoma City. Houston made just seven of their 35 three-point attempts, yet somehow won while scoring just 69 points. Daryl Morey has the Rockets' three-point attempts slider cranked up to 11.

The better news: the Rockets now have the league's top defense, so they can win ugly when the shots aren't falling.

The Grizzlies remain very good, which isn't all that surprising. While the Eastern Conference shuffles the deck, the Grizzlies' continuity has mostly reigned supreme out West. It also doesn't hurt that Courtney Lee is having a career season, averaging 15 points per game while shooting 60 percent from three-point range. And he (arguably) hit this game-winning alley-oop against the Kings that looked eerily similar to the one he missed in the 2009 Finals while with the Magic:

Someone set that to Bob Marley's "Redemption Song."

It wasn't the best week for the Raptors, but it wasn't the worst either. A competitive loss to the Bulls can be survived for a team that's played very well. They're still in the top five, but their dangerous defensive tendencies could become a problem.

This is why it's so hard to drop the Spurs' ranking despite their early struggles. They just went 3-1 on a road trip through California, beating the Clippers, Warriors and Lakers before dropping a close one to the Kings in their final game before heading back home. Good week for the Spurs, bad week for West Coast teams playing the silver and black.

I've been down on the Wizards for various reasons -- mostly their bench, but also because Bradley Beal is still out -- but they've done well the first portion of the season, losing only two games to quality opponents. Now, Beal is eyeing a return this Friday when the Wizards host the Cavaliers. Good job staying afloat, Wizards.

Have we all relaxed now? LeBron James hasn't, going supernova during the Cavaliers' four-game winning streak that began after Gordon Hayward ripped his soul out for a night. He now leads the league in scoring and his compadres have stepped up as well:

How Love handles his new role with the team will be the dynamic to watch in Cleveland. LeBron is still LeBron, and Kyrie still has the ball enough to still find his rhythm. But Love's numbers have dropped, kind of like that All-Star big man who played on the Raptors before going to South Beach.

The Mavericks bounced back from a loss to the Heat, picking up a nice win against the shockingly-good Sacramento Kings. Yes, their other two wins were against the 76ers and Magic, but they took care of business, particularly against Philadelphia. That 53-point victory was something to behold.

Dallas still has the league's best offensive rating (115 points per 100 possesions) and now has the second-best net rating (11.4) in the NBA. All this despite Chandler Parsons struggling.

Balance of power changing in the West 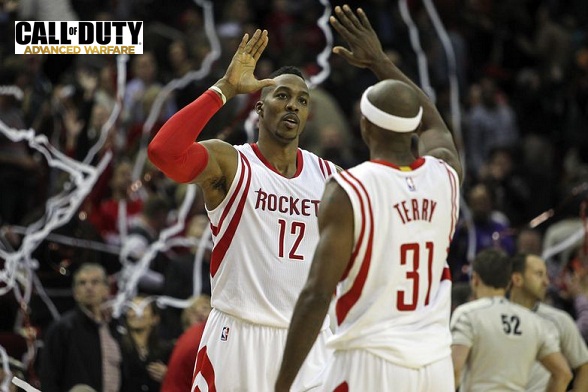 The Clippers, Spurs and Thunder are down. The Blazers, Grizzlies, Rockets and Warriors are up. Do the current Western Conference standings mean anything or is it still too early to tell?

Portland's defense has significantly improved over last season, but without any real changes on the roster, a larger sample size will be needed to rally around the numbers. They've been a very good team that's currently on a four-game winning streak, but beating up on inferior opponents is only going to score so many points. Games against the Pelicans and Bulls, followed by a three-game road trip, should provide a better window into how good Portland really is right now.

Shouldn't the Bulls be much higher after a statement win against the Raptors? Not until they get this Derrick Rose on-again, off-again situation sorted out and not after they dropped a home game to the Pacers.

Sacramento's had a tough week, losing three games since last Sunday and giving up big leads along the way. Their win against the Spurs was nice, but catching them on the second half of a back-to-back at the end of a four-game road trip definitely lessens the value of it. But hey, Rudy Gay is playing great right now and his new contract extension is solid value for both sides.

The Clippers have the same problem they did at the start of the season: they don't have a perimeter defender. Losing Chris Douglas-Roberts to injury only makes that situation more dire.

Chris Bosh has been struggling from the field, and so the Heat have hit a rough patch after an impressive start. Bosh shot 10-of-32 from the field in their losses to the Pacers and Bucks. The only thing dropping for Bosh and Miami is their place in the power rankings.

Anthony Davis is just incredible. Here's yet another way to illustrate it:

The Suns are .500 and have a monster road trip lined up with six games on the road. Phoenix has a lot of figuring out to do with the rotation of Goran Dragic, Eric Bledsoe and Isaiah Thomas, and that type of searching will take time.

It was a great week for Atlanta, rattling off a nice three-game winning streak before dropping one to LeBron James. They'll feast on the Lakers and Pistons, and their lone road game until Dec. 3 is in Washington D.C. against the Wizards. Al Horford is playing the lowest minutes of his career (29.4 per game), yet the Hawks are hanging in there.

Brooklyn coughed up a hair ball during their three-game road trip, losing to the Warriors, Trail Blazers and Suns. Brook Lopez is back and is as productive as ever, but the Nets are just a middling Eastern Conference team for the time being.

Brandon Knight will be paid this summer. Considering the Bucks are playing well above expectations, you have to wonder what kind of contract they'll be willing to match when it's time to dance:

Knight's only 22 and compares well against the upcoming crop of point guards that will be taking calls. Good for him and good for Milwaukee.

Lance Stephenson hasn't found much success from the field with his new team, but he still does the little things, averaging an insane 9.1 rebounds per game along with 5.1 assists. He's putting up too many shots (10.4 per game) for shooting 37.5 percent from the field, but he's feeling things out with his new team.

Boston is good enough to stay out of the bottom of the barrel and even had a nice outing against the Cavaliers in a one-point loss. Still, this team is nowhere near ready to be back in the playoff picture. Two games, two losses last week for Boston.

Bad news: Aaron Gordon is out for a bit with a fractured foot. Good news: Victor Oladipo is back, and that's a big boost for Orlando. This team has been competitive even in their losses, and having Oladipo back is only going to make them a tougher outing. There's good things happening in Orlando right now.

I'm just going to drop this image that combines Josh Smith and Kentavious Caldwell-Pope's shot charts and walk away slowly:

It was a pretty good week for Chris Copeland's Pacers, as they picked up a trio of wins against the Jazz, Heat and Bulls. Indiana is still in the top 10 in defensive efficiency, but they're also in the bottom five in offense. It's impressive the defense has mostly held up without key players everywhere, so kudos to Frank Vogel.

The Jazz are about as good as expected. There's signs of a good team every now and then, but this is a young, raw roster. Gordon Hayward is playing up to his contract, but a week with three losses and a buzzer-beating win against the Knicks isn't a good look. Silver lining: they just wrapped up a five-game road trip.

A 3-8 record through three weeks is bad. They're without Kevin Durant and Russell Westbrook, so of course this is happening, but those two are going to have to cover a LOT of ground to get back up the Western Conference standings.

Sure, the Timberwolves are in the bottom section of power rankings, but they have something none of these other teams can claim: Andrew freakin' Wiggins:

Things looked so promising for the Knicks early on. They picked up a pair of wins, led by Carmelo Anthony's dagger ways. But they've lost seven of eight since, only snapping the streak against the even-worse Nuggets. J.R. Smith was feeling pretty down after Trey Burke beat him with a game-winner:

When the Nuggets can't even beat teams visiting Denver on the second half of a back-to-back, there are mile-high problems to sort through. Thankfully they have a veteran coach like Brian Shaw to help ... oh, it's only his second year as a coach and he seems to hate the roster? This is going to be ugly.