The balance of power is changing in the NBA's Western Conference

The Clippers, Spurs and Thunder are down. The Blazers, Grizzlies, Rockets and Warriors are up. Do the current Western Conference standings mean anything or is it still too early to tell?

Share All sharing options for: The balance of power is changing in the NBA's Western Conference

We're now about 10 games and three weeks into the 2014-2015 season, which means we're allowed to start taking the league standings semi-seriously. At the very least, it's a good time to begin parsing through some of the surprising early early-season developments.

The Eastern Conference, for the most part, is rounding into shape the way we expected. The Cavaliers appear to be figuring things out. The Bulls are still a Conference Finals favorite. The Raptors and Wizards look to be taking their expected leaps.

Here are the teams that have supplanted the preseason favorites.

The typical small sample size warnings are required, yet you can find reasons for the hot starts for all four of these teams.

The Grizzlies are now in Year 2 of the Dave Joerger Era, which didn't get off to a rocking start and hasn't been turbulence-free. But now everyone in the organization appears to be on the same page and Marc Gasol and Mike Conley are playing as well as they ever have. It often takes players and teams more than a year to fully pick up a new system and feel completely comfortable playing for a new coach.

The Grizzlies were already tough and talented, but the improvement that comes with getting used to playing for a coach, coupled with individual jumps from players like Conley and Gasol, is all this team needed to take the next step.

In Houston, things are a bit simpler. James Harden has been playing great and Trevor Ariza looks to be a better fit than Chandler Parsons was. But the real change is that Dwight Howard has been fantastic. He looks healthy, spry and happy, like the old Dwight Howard that carried the Magic to the Finals in 2009. The Rockets, not coincidentally, currently have the best defense in the NBA, surrendering just 91.5 points per 100 possessions.

If Howard stays healthy all year, the Rockets will almost always have the two best players on the court. Any team that can say that and has a good group of role players around those stars is one that should not be counted out. 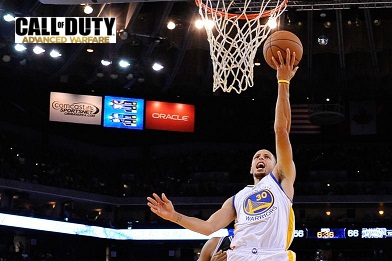 The Warriors reign supreme again, though other rising powers in Houston and Memphis are hot on their tails.

A breath of fresh air

There are also also good reasons for Warriors fans to be optimistic. Even though the Splash Brothers backcourt got all the attention, it was actually the third-ranked defense that got the Warriors to the playoffs last year.

But with Steve Kerr now in charge, the Warriors have figured out how to be great at both ends of the court. The defense is still there, giving up just 95.5 points per 100 possessions for the third-best mark in the league, but now the Warriors are putting things together on offense. Kerr has his team swinging the ball around and isolating less and Curry and Thompson have both been fantastic.

Golden State has the seventh best offensive rating in the NBA -- last year, they were 12th. That gives the Warriors a top-10 offense and defense. Teams that have those are always threats to win it all.

The stealth contender up north

Portland is a similar situation to Memphis. The roster, for the most part, is the same. The core certainly is. But like the Grizzlies, the Blazers are now completely familiar with with their coach and style of play. Terry Stotts was always known as an offensive guy, and with him at the helm and studs like LaMarcus Aldridge and Damian Lillard on the court, the Blazers will always be able to score.

But Stotts also overhauled the Blazers' defensive scheme last year for the better. So far this season, Portland has fully absorbed his changes. The Blazers are surrendering just 100.5 points per 100 possessions this season, a 4.2 point drop from their mark last year. Improved defense combined with that firepower is scary.

The standings could look different in a couple months. The Spurs are still the Spurs and October and November (or, for that matter, December, January and maybe February) don't really matter to them. The Thunder will eventually get Durant and Westbrook back. The Clippers will tighten up their leaky defense.

But each of these teams have question marks. OKC is relying on the health of injured players. The Clippers have no one to play small forward. The Spurs have injury concerns with Tiago Splitter and could finally (maybe?) be aging.

That doesn't mean you should be running to Vegas and betting against the preseason favorites. But don't dismiss the current Western Conference standings as meaningless either.