How to watch NBA All-Star Game 2014 online: Best of West takes on beasts of East

The 2014 NBA All-Star game features the biggest and brightest stars of the NBA and can be streamed online.

Share All sharing options for: How to watch NBA All-Star Game 2014 online: Best of West takes on beasts of East

The NBA All-Star game tips off at 8 p.m. ET and features the brightest stars in professional basketball. Chris Paul will look to defend his All-Star game Most Valuable Player trophy after dominating the contest in Houston last season, though Golden State Warriors guard Stephen Curry will start at point guard after being voted into the starting lineup in the fan vote. 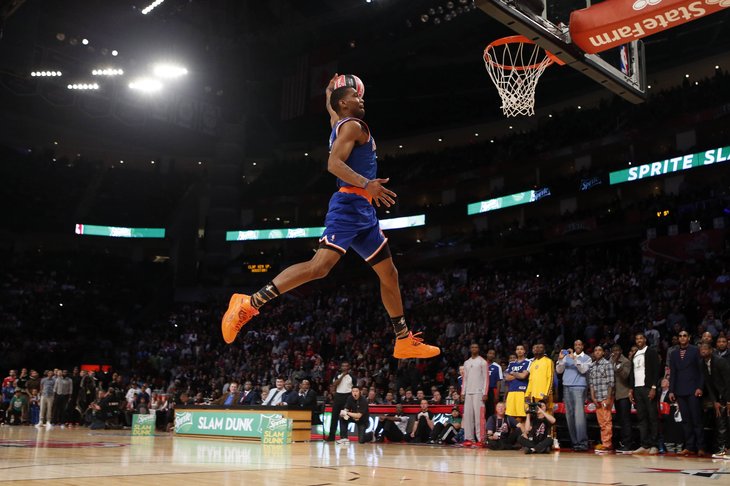 Other first-time All-Stars include John Wall, Stephen Curry, Damian Lillard and DeMar DeRozan. Of course, long-time All-Stars will also play, such as Dirk Nowitzki. This will be All-Star game no. 12 for Nowitzki, who was not selected for the game last season for the first time in over a decade.

Overall, it should be a fun showing of the NBA's biggest and brightest stars. Here's how you can watch the game online.