Adam Silver's first major challenge to tackle is the NBA's media rights and the NBA's new commissioner has selected an advisory committee.

The NBA's eight-year, $7.5 billion deal with ESPN and Turner expires in two and a half years and will be one of new NBA commissioner Adam Silver's first challenges to overcome. Silver has selected a committee of seven governors to advise him through the negotiation process, which is expected to begin in the second half of the 2013-2014 season, reports John Lombardo and John Ourand of Sports Business Journal.

Silver's creation of the seven-member group is a first step to those negotiations, with the committee providing a cross-section of the NBA's landscape. There are executives from both small and large markets, with Utah's Greg Miller and Chicago's Michael Reinsdorf included. The selections also provide a range of media experience - from cable distribution and programming (New York's James Dolan) to digital distribution and programming (Washington's Ted Leonsis). Boston's Wyc Grousbeck, San Antonio's Peter Holt and Oklahoma City's Clay Bennett round out the group, bringing their diverse business backgrounds, their teams' varied market sizes and their history with key league-level decisions.

Turner controls the NBA's digital content, which is expected to be a focal point of their pitch to retain rights. The growth of NBA TV -- another aspect of the NBA's content publishing under Turner's control -- is also expected to be a selling point. NBA TV currently airs in nearly 60 million homes, according to Ourand. It's seen a seven-million-home growth over the last three years. 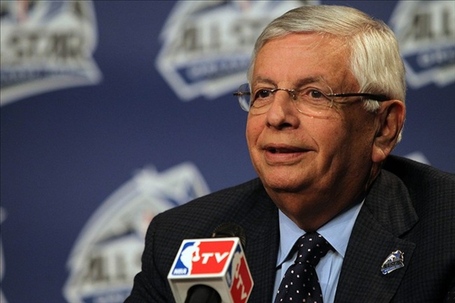 ESPN is expected to cut a deal to retain broadcasting rights, but NBC Sports Network and Fox Sports 1 could also seek out small broadcast packages. Early negotiations could favor Turner and ESPN instead of allowing the NBA a chance to begin discussions on an open market, leading to heightened costs.

Forbes released their annual NBA franchise valuations on Jan. 22, which revealed only four teams operated at a loss through the 2012-2013 season. The current media rights deal generates a large portion of the NBA's revenue and could see an increase depending on the outcome of the upcoming negotiations.

The NBA also ended out the "sweetest deal in sports" with a $500 million settlement agreement with Ozzie and Daniel Silna. The Silnas were entitled to one-seventh of the NBA's television revenue and had made more than $300 million since agreeing to the deal in 1976.

• NBA newsletter: Good morning, the Wizards finally made it!

• Herbert: Kendall Marshall's journey, from no time to Showtime

• Your Boogie vs. Dunleavy primer | Joakim Noah vs. every referee

• The Hook: When NBA free agency can be terrifying