Perry Jones III finding his place in the NBA

After taking criticism leading into his draft and then falling to the bottom of the first round, former lottery-bound pick Perry Jones III is developing into a useful player thanks to the Thunder's framework.

Share All sharing options for: Perry Jones III finding his place in the NBA

PHOENIX — Perry Jones III fits the stereotype of a young basketball player who was lost entering the NBA.

The Oklahoma City Thunder did what most good teams do when they used the No. 28 overall pick to take Jones, whose stock was slipping heading into the 2012 draft. The team saw talent and it patiently found out how to best use it for its purposes. By having a framework in place — any team built around Kevin Durant and Russell Westbrook would probably have stability — it was clear what Jones needed to do to work his way into the rotation.

"Just have a presence," Jones said Thursday night, after the Thunder fell to the Phoenix Suns. "Just helping the team. Some things I do are not in the stat sheet, but as long as I feel like I'm helping the team and we're winning, I'm fine."

Jones was once lost through the pressure of the draft, but after a rookie year full of D-League stints, he's been found. A calf strain to starting shooting guard Thabo Sefolosha last week opened the starting shooting guard spot for at least a month, and though coach Scott Brooks calls it a "fluid" situation, Jones earned the first nod to fill in. It could be the beginning of his ascent to where many pegged him as being when he was a highly sought-after high school player.

"Go out there, be a defensive presence, bring energy to the floor," Jones said. "I can't plan getting rebounds, getting steals, getting blocks; just got to go out there and just do it. It just happens, sometimes it don't."

It didn't on Thursday. Brooks wants to see a consistent aggression from Jones, but the second-year pro picked up three quick fouls in the first half and never got into a groove. He ended up playing just 11 minutes in a 128-122 loss.

But in a game against the 76ers on Tuesday, Jones filled in a box score that painted the picture of what dynamic abilities he brings to the Thunder while playing off of Durant and Westbrook. He finished with 12 points, six rebounds, three assists and two blocks.

The good news about Jones? He truly fits into the evolving mold of a position-less NBA. By technicality, he's a shooting guard, but he gives Oklahoma City four players 6'9 or taller in the starting lineup. His fluidity for his size allows the Thunder to switch on pick-and-rolls almost disregarding positions.

"You can look at the old Bulls teams, teams that have lots of length like that," Suns coach Jeff Hornacek said of the Thunder. "They can just switch everything, and they do. They all can guard it. That makes them especially dangerous. When you can put a 6'9 guy at the 2 spot, that's not bad."

To Hornacek's point, both of Jones' blocks days earlier came after he switched on Sixers point guards Michael Carter Williams and Tony Wroten and stayed with them on drives before slamming the ball off the glass.

"We're just trying to get the aggressiveness out on both ends of the floor."-Scott Brooks on Perry Jones III

"He's a lengthy defender that can obviously jump and run with the best of 'em," Brooks said. "We're just trying to get the aggressiveness out on both ends of the floor. [Tuesday vs. Philadelphia] was a good sign of that. We have to continue to get it out of him, the consistency we're looking for. But I think he's done a good job of stepping in and filling that role."

Jones calls his shooting stroke (38 percent from three-point range) his biggest improvement in his brief NBA experience. Like Sefolosha, Jones' offensive role mostly includes stretching the floor for Durant and Westbrook by lurking in the corners. While he's effective on cuts and in transition because of his ball-handling abilities at 6'11 with a 7'2.5 wingspan, 33.5 percent of his scoring attempts come from spot-ups. He produces 1.10 points per possession on those plays, most of which are threes, and is shooting 40.6 percent of those opportunities, according to Synergy Sports Technology. By comparison, Sefolosha is shooting just 30.3 percent of his spot-up three-point attempts.

Adding another dimension to it all, Jones has the ability to pump-fake and use one dribble to get to the rim and finish. 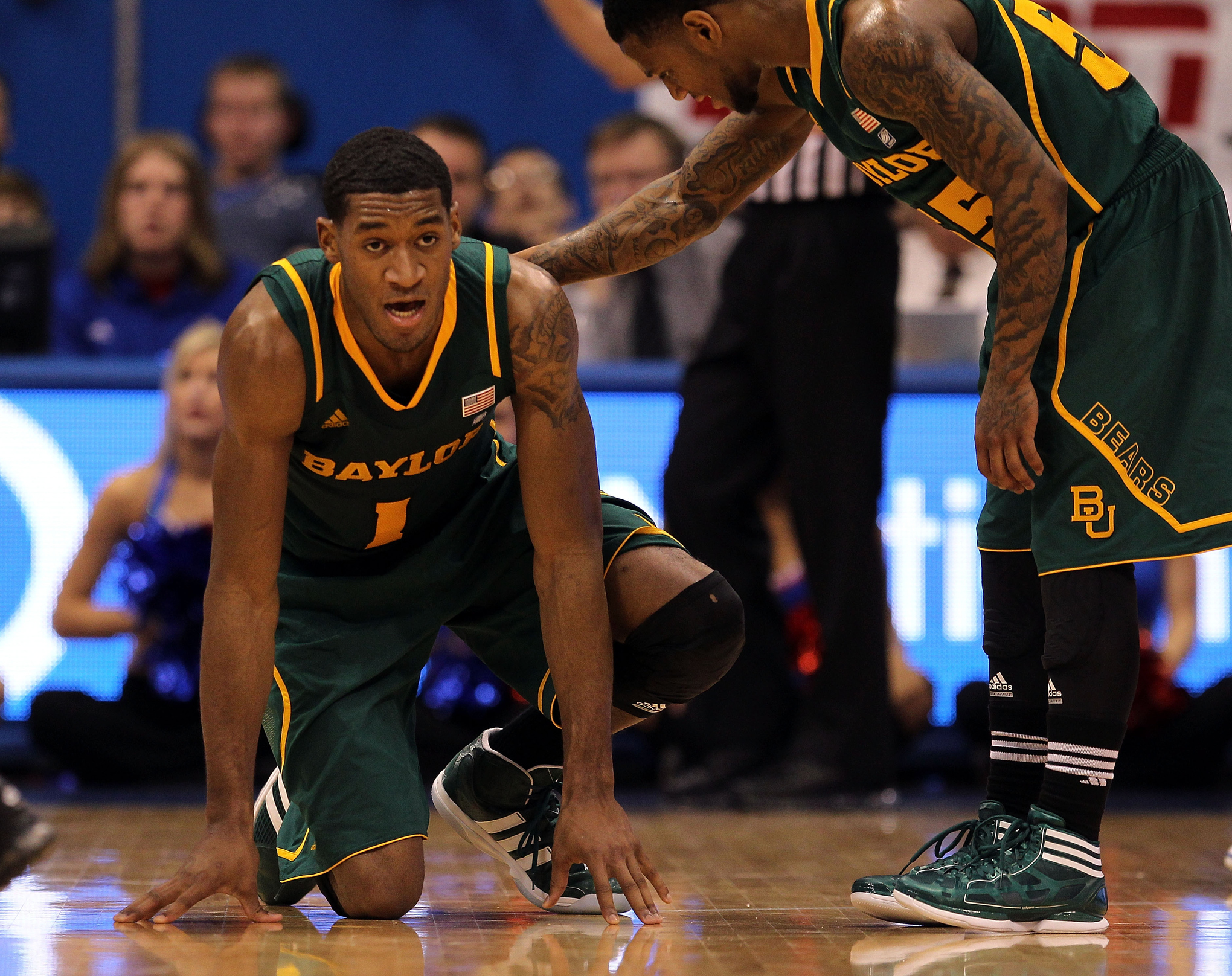 So why was Jones overlooked in the draft?

The nitpicking began when Jones was a freshman at Baylor. Despite making the All-Big 12 Second Team by averaging 13.9 points and 7.2 rebounds as a freshman, Jones' fluidity made people wonder why a big man with such skill couldn't do more.

Returning to school for a sophomore season ended up hurting Jones. The focus became more about his passiveness as his numbers dipped. And when he declared for the draft and got medically red-flagged because of concerns about his knees, the former lottery-bound player saw his stock drop him to the end of the first round, where the Thunder scooped him up.

Maybe Jones wasn't a soft big man as many saw him, but a still-developing perimeter player Oklahoma City is using as a starting guard. Whatever the case, his growth is far from complete.

Jones still battles the same issues he did in college, yet the Thunder have found him a place. Sometimes in the NBA, that's all a player needs to find himself.

"It's an honor for anybody to play in the NBA," Jones said. "It's a blessing. You just got to go out there, make the most of it."