Are you an NBA fan that doesn't watch much college hoops and wants to see the potential pro stars of tomorrow? Here are the games you should be watching on the first Thursday of the NCAA Tournament. 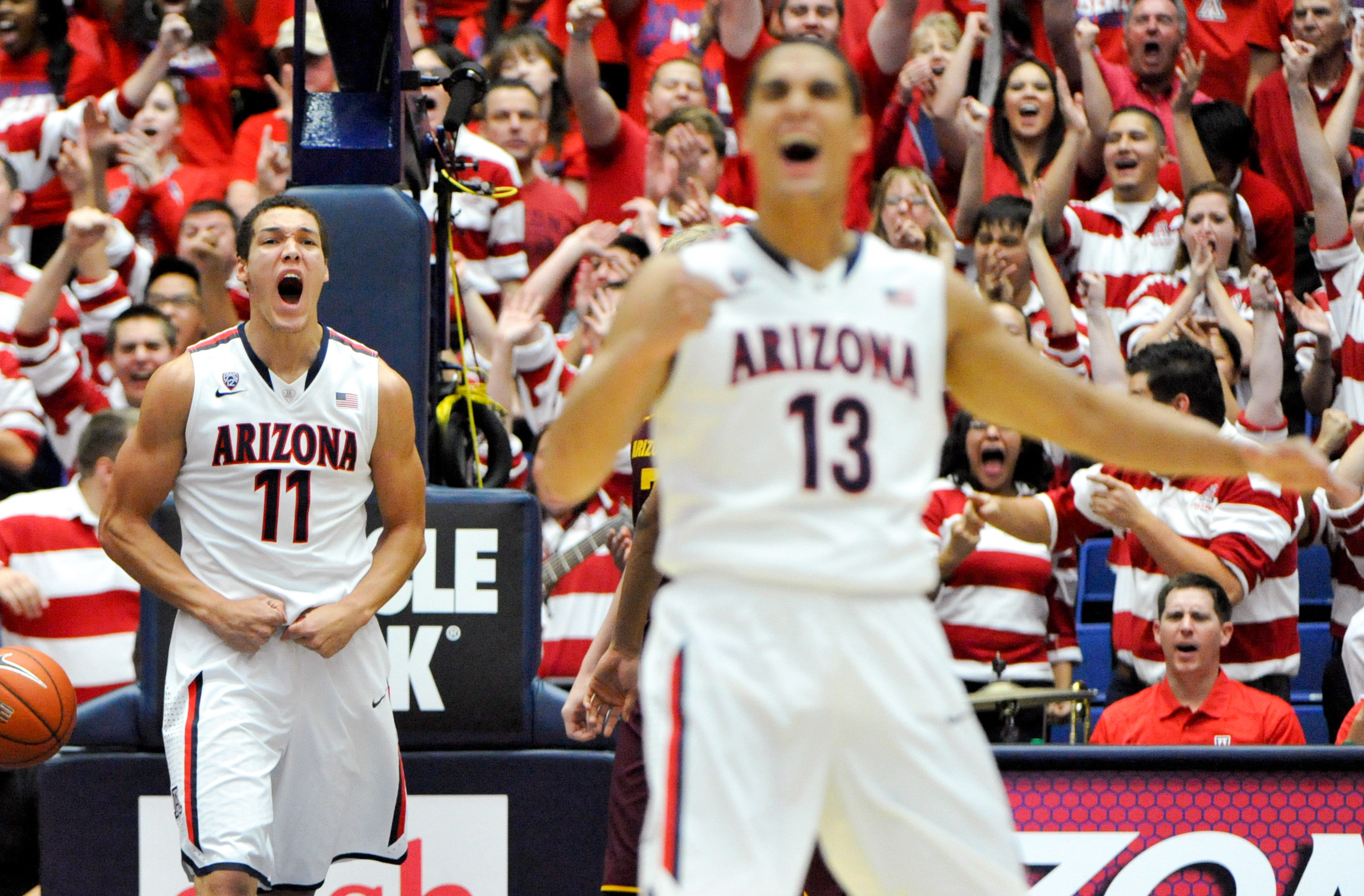 Most NBA fans don't have the time to watch college basketball during the regular season and thus don't have many opportunities to watch the prospects that will make up the league's future. The NCAA Tournament is a fantastic chance to start catching up.

But like anything, one must prioritize. Which are the games that feature players that are likely to be relevant on the next level? We'll be telling you the answers for the Round of 64 over the next two days. Below: the games you should be watching on Thursday.

Ohio State's LaQuinton Ross (No. 64 in Draft Express' Top 100) will be the best prospect on the floor in this one. The 21-year-old junior forward has a fantastic body for an NBA wing: 6'7 in shoes and with a 7'1 wingspan. He has range out to the three-point line (36.2 percent) and he rebounds well for a wing (8.4 per 40 minutes). That makes him the kind of 3-and-D prospect that's en vogue in the NBA these days.

He'll be pushed against Dayton's solid front court rotation of Dyshawn Pierre (No. 60 in NCAA sophomores) and Devin Oliver.

You'll get a chance to watch Syracuse freshman floor general Tyler Ennis (No. 14) in this one. He's a sound set up man who has begun to score with consistency over Syracuse's past five games. Ennis began a meteoric rise up draft boards early in the season when Syracuse was undefeated, but expectations have leveled off since then.

One should also keep an eye on Syracuse sophomore forward Jerami Grant (No. 21). Grant is 6'7 in shoes, has an enormous 7'2.5 wingspan and can jump out of the gym. He is practically a non-threat from behind the arc, though. 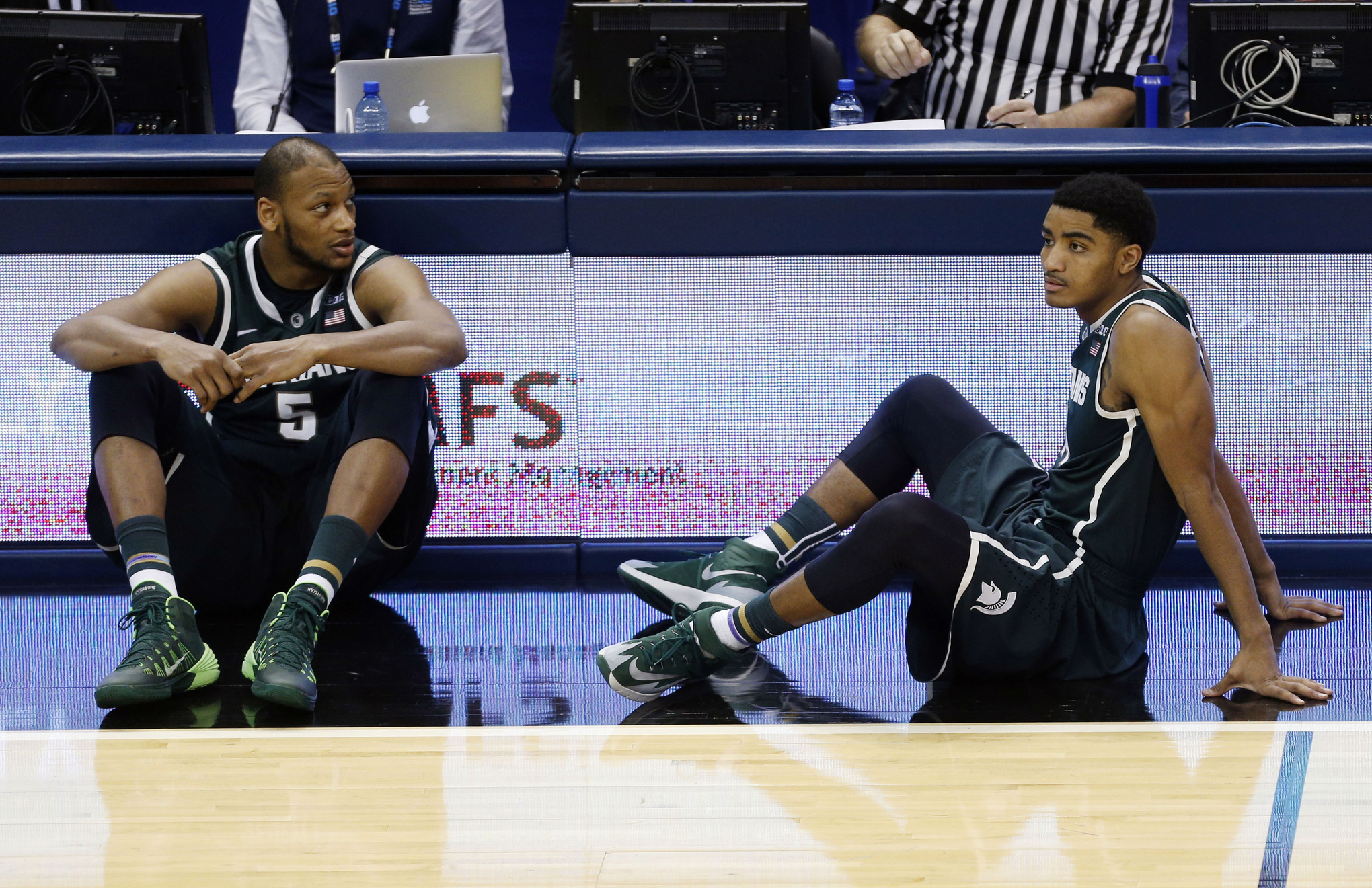 This is your chance to watch two potential Michigan State lottery picks in sophomore guard Gary Harris (No. 15) and senior forward/center Adreian Payne (No. 24). Harris is a silky-smooth shooter and scorer with the length and lateral quickness to defend opponents one-on-one out to the perimeter. Payne is a long stretch big man who should be able to step in and contribute immediately in the NBA. A probable tournament run should give NBA fans plenty of time to check out both.

The sophomore wing trio of Nik Stauskas (No. 17), Glenn Robinson III (No. 43) and Caris LeVert are all potential NBA prospects for Michigan, but Stauskas is the star here. Last season, he was used mostly as a spot up shooter alongside Trey Burke and Tim Hardaway Jr. He's still a deadly long range shooter, but he's developed as a capable creator of offense both for himself and for others. He's a great passer out of the pick-and-roll and he can stop on a dime before pulling up for his own jumper.

Robinson has all the physical tools for an NBA wing and he's very efficient inside the arc, but he's regressed a bit as a shooter this season.

All eyes will be on Arizona State's lightning bug point guard Jahii Carson (No. 49). The 5'11 blur is averaging 18.6 points per game in his sophomore season. He's also getting to the free throw line nearly seven times a game and he has improved his three-point shot from 32 percent last season to 39.1 percent this season. Still, his lack of size gives him trouble in the paint. He is shooting just 52.4 percent at the rim this season and has struggled both years attacking against length.