Roy Hibbert says Pacers have 'some selfish dudes' on team

The Indiana Pacers have lost five of their past seven games, and with the pressure building, tensions in the locker room appear to be rising as well.

Share All sharing options for: Roy Hibbert says Pacers have 'some selfish dudes' on team

Patience has been lost in Indiana, where the Pacers lead the Miami Heat by a single game atop the Eastern Conference. Frank Vogel's team has lost five of seven games, and it's very much due to an anemic offense that even a steady and strong defense hasn't been able to compensate for.

The Pacers haven't eclipsed the 80-point mark in four of their last five games, and in a loss to the Washington Wizards on Friday, center Roy Hibbert made his frustrations known, reports NBA.com's David Aldridge.

"I'm not handling the rock. I don't know. I've made suggestions before and we do it for, like, one game, and then we revert back to what we are. I don't know. I'm not the one to answer that question. It directly affects me and the bigs. We're just out there and it makes us look bad."

The message from Hibbert is no doubt pointed. And it's most likely a message to the Pacers' most prolific gunner, Paul George, who is shooting just 35 percent over the last 10 games. At the same time, George is actually taking the fewest shot attempts (15.8) in March compared to any previous month this season. 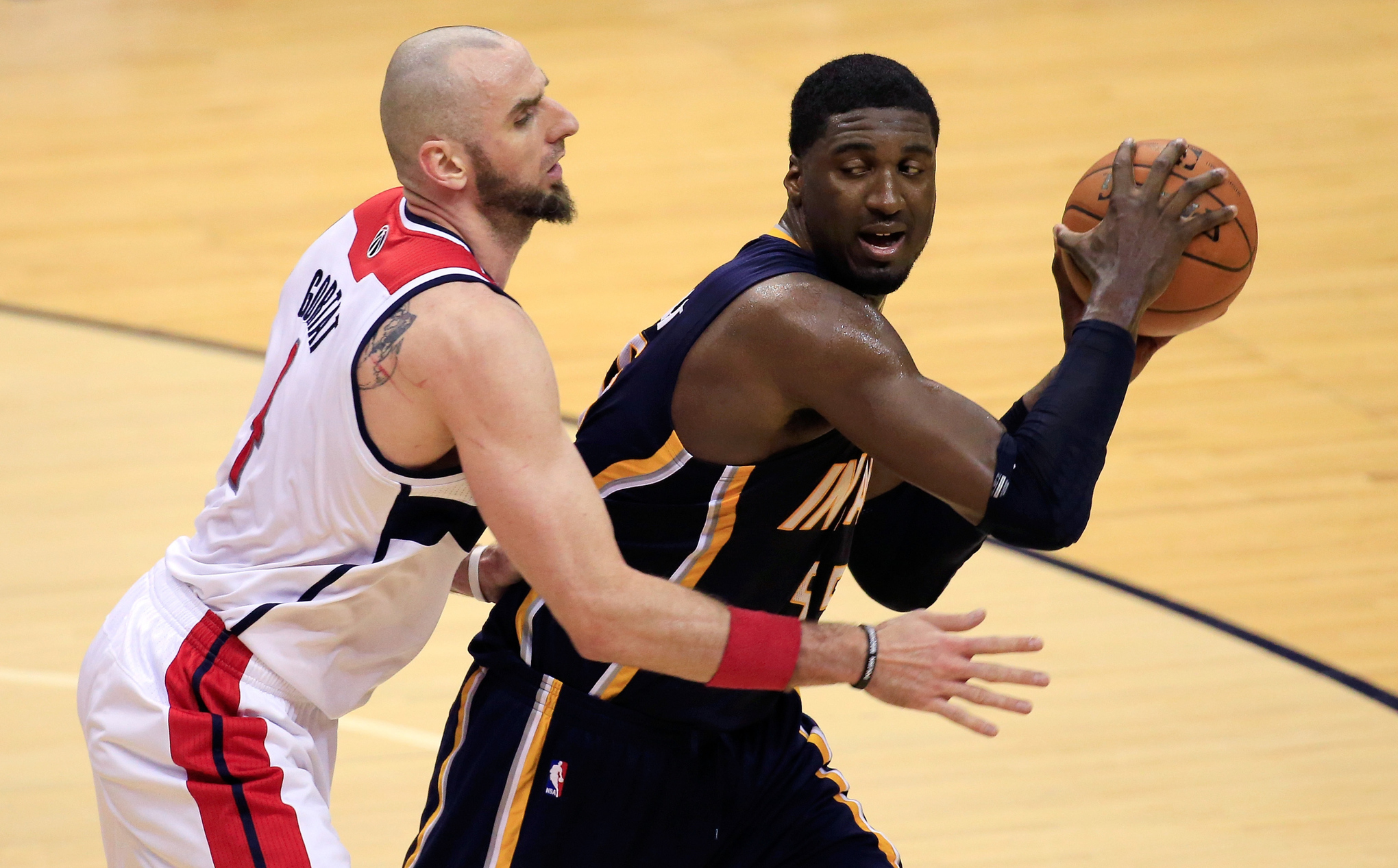 George used the time after the 91-78 loss to the Wizards to shoot some interesting praise the way of Washington center Marcin Gortat, according to CSN Washington.

"Gortat is probably defensive player of the year. You couldn't get nothing. He was just excellent at the rim."

It's interesting considering Hibbert has openly said that he's willing to accept fewer touches on the offensive end. He told Aldridge that was a mindset he's getting over.

"I was letting the lack of touches on offense really affect my defense," he said. "So I came to the conclusion, I said, if I [only] get one or two shots a game, I'm just going to get back on track for Defensive Player of the Year ... and not worry about offense, let Paul and Lance and David take over the helm in terms of scoring."

Whether the comments between Hibbert and George are related or mere coincidence doesn't matter. What does is Indiana finding answers to get its season back on track and toward its goal of winning the Eastern Conference.