Brew on, Brewer. Brew on.

Corey Brewer went off Friday night, scoring a career-high 51 points in a 112-110 victory over the Houston Rockets. Brewer joins a long list of players -- one you can find here courtesy of Basketball-Reference -- of players who have scored at least 50 points in a single game.

He shattered his previous season high of 27 points. Brewer's final points came at the free-throw line, where he drained both shots to eclipse the 50 point mark. Here's the shot chart of Brewer's big night: 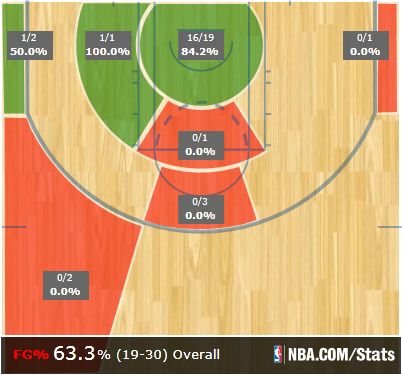 Brewer made 19 field goals, but sank 11 of his 15 free-throw attempts. The scoring outburst ties Kevin Durant for the fourth-highest single-game total of the 2013-2014 season. Durant, Brewer, Terrence Ross, Carmelo Anthony and LeBron James have all reached the 50-point mark this season

59 total players have just one 50-point game recorded in their career. Notable names to have only one of these scoring nights? How about Paul Pierce, Amar'e Stoudemire, Glen Rice, Tony Parker, Tim Duncan, Kevin Love and a long, interesting list that goes on and on. Tony Delk and Willie Burton, anyone?

It's a fascinating club Brewer is joining. One that has only become more fascinating.