An ode to the best non-playoff team ever, and one of the most fun parts of this NBA season.

Share All sharing options for: Long live the 2013-14 Phoenix Suns

On March 16, the Phoenix Suns were 37-28, and they knew they had to fight for their lives. They'd just had a tough, three-game losing streak, including a defeat at home at the hands of the Cleveland Cavaliers. Goran Dragic was wearing down after playing like a superstar for two months with Eric Bledsoe out of the lineup, but Bledsoe was back for the stretch run. Phoenix was in ninth place, one and a half games back of the Dallas Mavericks and Memphis Grizzlies. This wasn't optimal in the insane Western Conference, but it was about a million times better than anyone expected at the start of the season.

Phoenix Suns blog Bright Side Of The Sun

"Our goal is now to make the playoffs," Dragic said then. "Of course it's going to be tough, we still got 17 games left. Especially for us, we have a tough stretch, but why not? We've already proven that we can beat the best teams in the NBA, so we just have to be focused, have to be together as a team and hopefully we're gonna win a lot of games and make the playoffs."

In the Suns' loose locker room, there was some chatter about instituting a no-shaving rule for the playoff push. They decided to do it -- players, trainers, equipment and video guys.

"We're trying to scrap and trying to climb in there," Phoenix head coach Jeff Hornacek said. "It's an uphill battle for us."

Now that battle is, sadly, over. The Suns won 10 of their next 13 games as their beards came in, but after losses to the league-best San Antonio Spurs, Mavs and Grizzlies in their last three -- with Dragic playing through an ankle injury -- their dreams have been dashed. Phoenix is the best non-playoff team in NBA history, but that's cold comfort for a group that would have struck fear into a higher seed.

If their two All-Star caliber point guards had been at healthy at the same time more often, the Suns would almost assuredly be preparing for the postseason instead of lamenting losses. If they'd been in the Eastern Conference, they might very well be the third seed instead of ninth. Still, Hornacek, as always, tried to keep things positive. 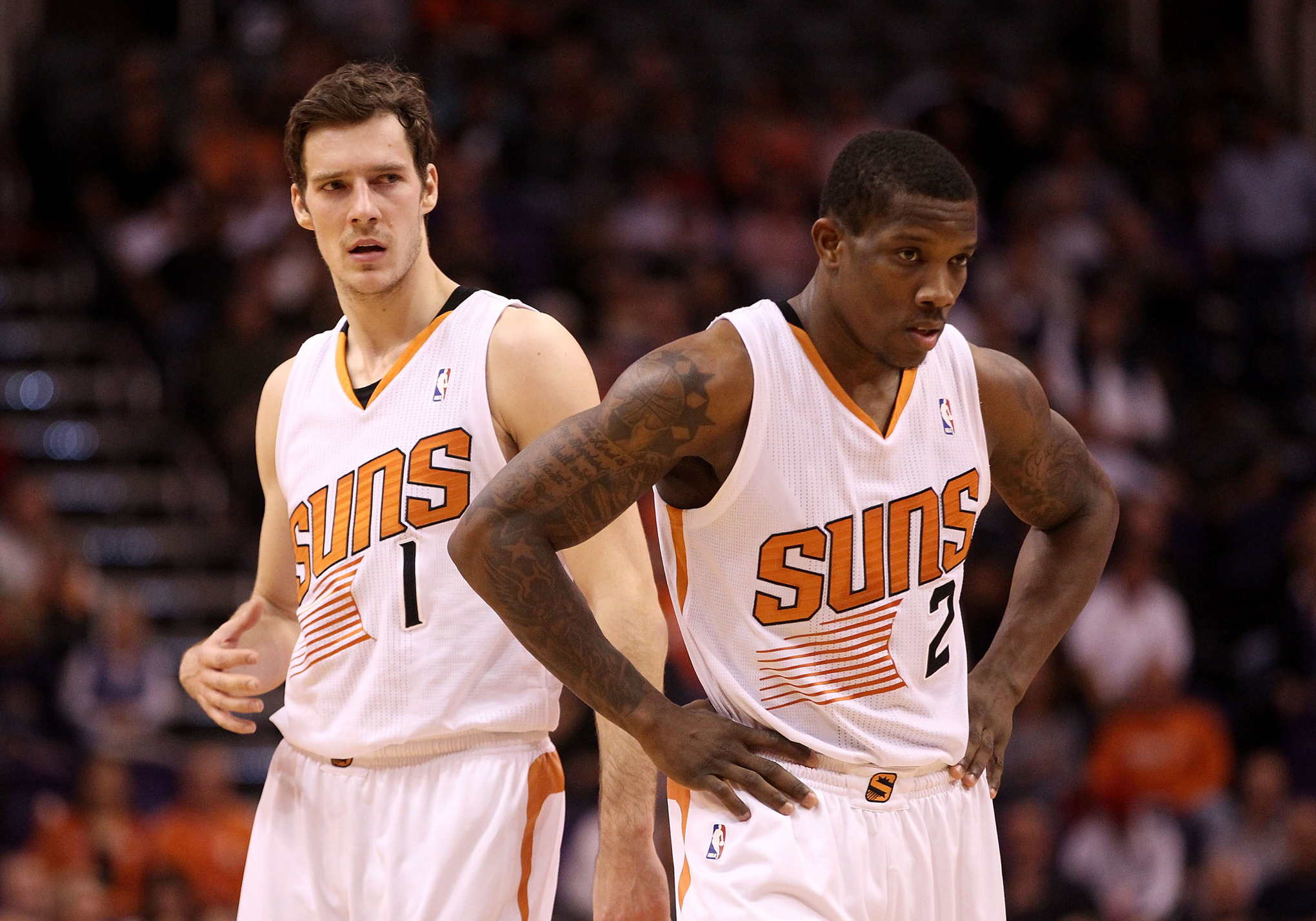 Bledsoe only played in 42 games this season, which significantly hampered the Suns/Photo credit: Christian Petersen

"If we had three All-Stars and don't make the playoffs, then you go, 'Oh, my goodness,' but we had guys who proved they can play in this league and play at a high level," Hornacek told the Arizona Republic. "I thought we did the best we could."

Hornacek empowered his players like no other coach in the NBA. He gave Dragic and Bledsoe the reins and just about every role player a green light. Never mind the starting backcourt; from Gerald Green to Miles Plumlee to the Morris twins, practically everyone in the rotation had a career year.

Phoenix pushed the ball, put pressure on the opposition and played hard every step of the way, often outworking the other team. Under Hornacek, the Suns played the kind of basketball that demands a League Pass subscription.

The West unsurprisingly dominates the Top 10.

"If you ask me, he should win Coach of the Year," Dragic said. "He understands the game. Some coaches, they're not players, but Jeff was a player so maybe he sees things differently, he sees things same as we do on the court and maybe because of that it's much easier for us players to understand him. He gave us freedom, he gave us a lot of confidence. Even in training camp if you're not a shooter, he was already encouraging you to shoot. That's just those little things, that everybody is feeling great, confident. It's really fun to play like that. He mentioned to us before the season that we want to be an uptempo team, try to push the ball, try to score a lot of points."

Hornacek said he wanted to give his ballhandlers responsibility, and if they were looking over at the bench for a play call it meant they were going slower than he wanted. With a relatively young roster coming off a 25-win season, relinquishing control like that is much easier said than done. It's what this group needed, though, and the belief they had in themselves was evident all the way back in summer league.

Today we can either mourn the 2013-14 Phoenix Suns or celebrate them, and I choose the latter. This team made all of us feel stupid for our preseason prognostications in the best possible way, and it gave us the league's most surprising success story. You could argue finishing ninth is every franchise's worst-case scenario, but for a growing group like this it's not so bad. Come November they'll be back and might be better, and this time next year they'll still just be getting started.