Paul George and the Pacers went from the best team in the NBA to one that finished 16-14 after the All-Star break. Is Indiana still a title contender?

Share All sharing options for: Indiana Pacers try to regain championship form after second half struggles

Pacers at a glance

Every flaw that the Pacers have has been on display during the last six weeks of the season, from a mediocre offense to a suspect second unit. What's truly unnerving, however, is that a team that defined their chemistry as one of its biggest strengths completely unraveled once things got tough.

Roy Hibbert called out "selfish" teammates, and then was benched during a disastrous home loss to the Hawks. Team president Larry Bird called out coach Frank Vogel for being too nice. No one knows what to do with Evan Turner, who replaced franchise mainstay Danny Granger at the trade deadline.

The Pacers may be in disarray, but they still have that defense -- and the top seed -- to get themselves back on track in the early rounds of the playoffs before their anticipated showdown with Miami in the conference finals. If they get it together and get past the Heat, all will be forgiven. If not, there will be hard questions for the Pacers to answer.

That hunk of blue cheese in the back of the fridge.

Blue cheese is ugly and it stinks like a hog's cellar, and yet a good piece is as fine as any food anywhere. It is, of course, milk that has coagulated and been left to mold, so its production is complex. Tasty cheese instead of, you know, poison, requires great effort and patience. When you bring it home to sprinkle on a salad or jazz up a grilled cheese sandwich, you accept that the colorful appearance is the intentional work of a professional cheesesmith, and you enjoy them.

And then you stick the remaining chunk back in the fridge. And it sits. And you remember it a few weeks later, and you pull it out and unwrap it and HOOOOO IT STINKS. And man it is so MOLDY!

But wait, wasn't it stinky and moldy to begin with? Blue cheese is supposed to be stinky and moldy. But ... did it cross over from deliciously moldy to toxically moldy? How can you tell? Is this cheese still as strong as ever, or might it lead to an UPSET stomach? UPSET. Upset. Do you get it. 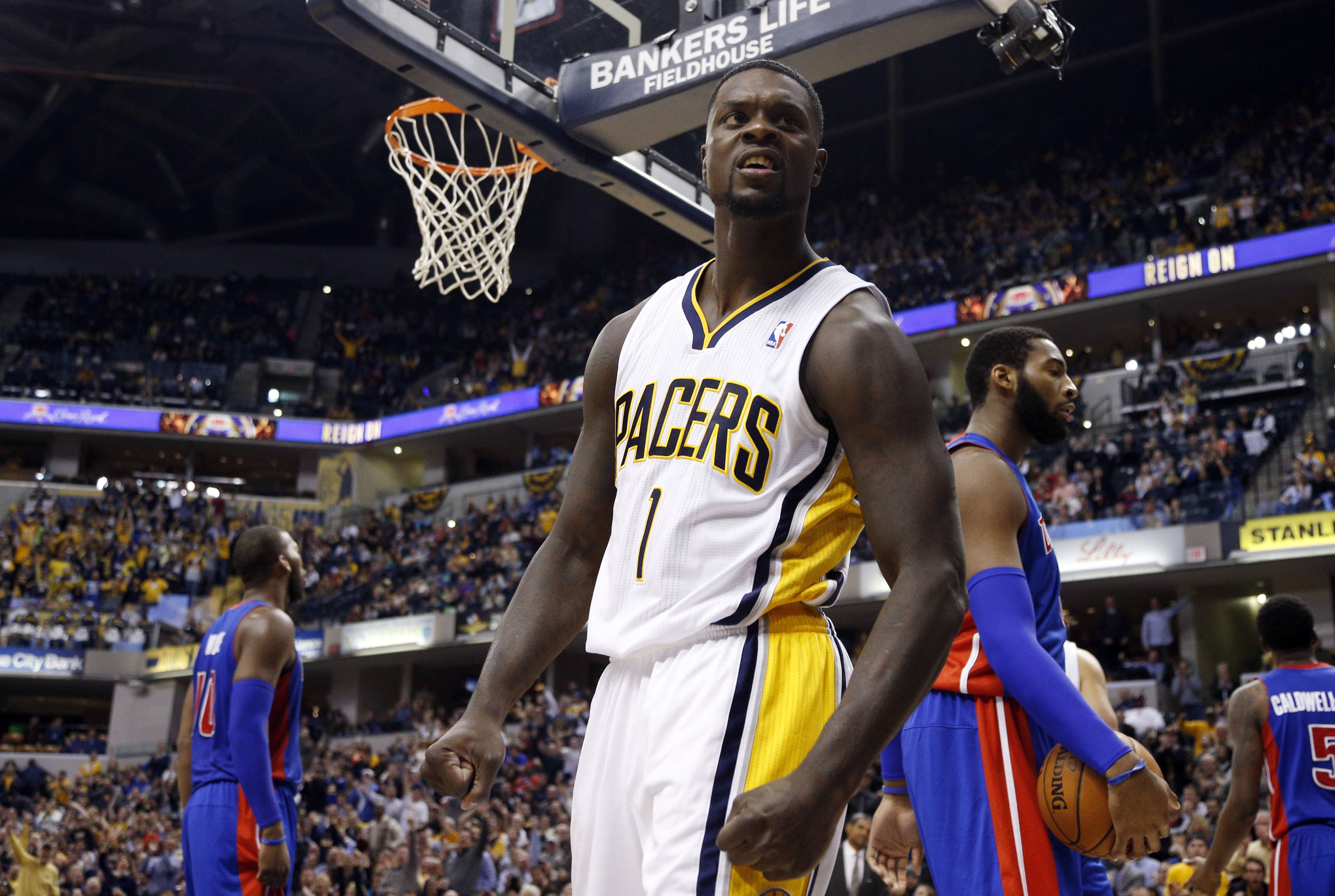 Jeff Teague is the second leading scorer for the Hawks at 16.5 points per game. He averages 6.7 assists per game, 10th in the NBA, and he’s 11th in assist percentage at 34.7 percent. As most point guards, he does a lot of his work using ball screens.

For all the success Indiana had in the 2013-14 regular season, Lance Stephenson's growth from wild contributor to steady presence has earned coach Frank Vogel's trust. That's been the biggest improvement for Indiana this year. While Paul George, Roy Hibbert and David West do their thing, it's Stephenson who is most likely to act as an igniting force toward things going the Pacers' way. Or not.

When defenses crack down on Hibbert or send their best defender at George, Stephenson has the ability to score at an efficient clip or distribute to his teammates. He's no longer a liability as a defender and he gives the Pacers another option when the offense gets stale. That's been one of their biggest problems this season, after all.

The Pacers boast the No. 1 defense in the NBA, giving up just 96 points per 100 possessions. That defense is built on the league's best shooting defense (.459 eFG), the league's No. 2 defensive rebounding mark (77 percent) and solid rankings in turnover creation and foul rate.

The offense is another story completely. Indiana ranks in the bottom third in offensive rating, scoring 101 points per 100 possessions. A mediocre shooting rate, high turnover rate and poor offensive rebounding are softened a bit by a solid free throw rate. The Pacers aren't the most defensively skewed team in the playoffs -- that honor goes to the Bulls -- but Indiana's offense (especially bad of late) is a pretty big red flag.

Our resident coach's scouting report on how to stop the Pacers.

The Pacers know it's difficult for Roy Hibbert to hold his post position due to his high center of gravity, so they must get him the ball in a position where all he has to do is turn and shoot. This set is one of the ways they do that effectively.

It looks like a mid-post isolation for Paul George with four players clearing out the side, but that's a decoy. As George is sizing up his defender, a different player (or players) will slide towards the baseline and ram into Hibbert's defender. That screen is usually enough for Hibbert to pop open in the middle of the lane for the short shot.

ROOT FOR THE PACERS BECAUSE ...

The bond within the Pacers' locker room was founded upon a common desire to silence the naysayers. Now, in the midst of great adversity, the doubters are back, perhaps louder than ever. They've called the Pacers immature. They've questioned their mental toughness. They've been told they cannot handle success.

Unity has been this team's greatest strength, and maybe, just maybe, the outside noise of scoffers will once again serve as the fuel the Pacers need to drive to the Finals. Why can't the Pacers be the next team to thwart a dynasty? Why can't their time finally be now? Never underestimate the power of doubt.

Best Case: Roy Hibbert remembers he's there for defense, Paul George's regression meets an acceptable mean and Lance Stephenson finds his happy place as the Pacers finally get past the Heat. The second unit improves from "liability" to "weakness" and Larry Bird ascends to Hoosier Valhalla.

Worst Case: Hibbert sulks while George shoots 38 percent and Lance throws the ball all over the court. The bench is downgraded from "weakness" to "disaster" and Bird walks away again. Anything less than a conference finals appearance would be an unmitigated disaster.