The Nets survived a slow start and a season-ending injury to Brook Lopez to reach the playoffs. Will a veteran lineup be able to find success now that they're here?

Share All sharing options for: Reinvented Nets hope experience pays off in playoffs

Nets at a glance

On the last day of 2013, the Brooklyn Nets went to San Antonio and lost by 21 points. Still reeling from the season-ending injury to Brook Lopez, the Nets were 10-21 and looking old and direction-less. Two nights later, as the calendar turned to 2014, they won in Oklahoma City and proceeded to win 10 of their next 11 games.

It's rare to find the exact moment in time when a team hits its stride and rarer still to narrow it down to something as obvious as a brand new year, but that's been the story of the Nets' season. In 2013, they looked like a bunch of dudes who met up one day for a pickup game. In 2014, they look like the perfect playoff sleeper.

There are technical reasons for their turnaround. Without Lopez, first-year coach Jason Kidd moved Kevin Garnett to center, a position he's long detested, but has thrived in late in his career. Kidd also inserted one-time phenom Shaun Livingston into the starting lineup, where Livingston happily fits in alongside Deron Williams, Paul Pierce and Joe Johnson as a  do-everything, position-less wraith.

There are also mystical reasons to consider. This is, after all, Paul Pierce and KG we're talking about. They are the masters of the late-season surge and unexpected old-man playoff run. But Garnett has missed most of the last two months with an achy back and the Nets keep rolling right along with contributions from players like Mason Plumlee, Mirza Teletovic and Andray Blatche.

With all that veteran savvy and moxie mixed with dynamic small lineups, the Nets are poised to be a postseason spoiler. Or, the whole thing might very well be for naught; a $102 million disaster that couldn't get its act together quickly enough. There is no middle ground.

"For The Love Of God," by Damien Hirst

Damien Hirst has made his millions off lumbering artistic "provocations" -- this is the art word for suspending a dead shark in formaldehyde and slapping an eight-figure price tag on it -- but there were some concerns about "For The Love of God." Which is reasonable, given that the piece is an 18th-century skull wrapped in platinum and covered with 8,601 diamonds, and which Hirst sought to sell for around $100 million. There are provocations, and then there are provocations. It is still unclear who bought the skull and indeed whether anyone even has.

It exists, though, as more than an expensive boondoggle. It's art, all right, and when I saw it on display in Qatar, I was struck by how weirdly affecting and fragile it is. There are some Nets jokes in here -- old bones wrapped in the gaudiest and most expensive material, priced to impress -- but there's also a purer parallel with this team's improbable ascent down the stretch. This approach and the garish misconceptions behind it, the breakable and gaudy thing it produced -- no, it may not have been the best idea, in either case. But damned if it doesn't somehow work anyway. 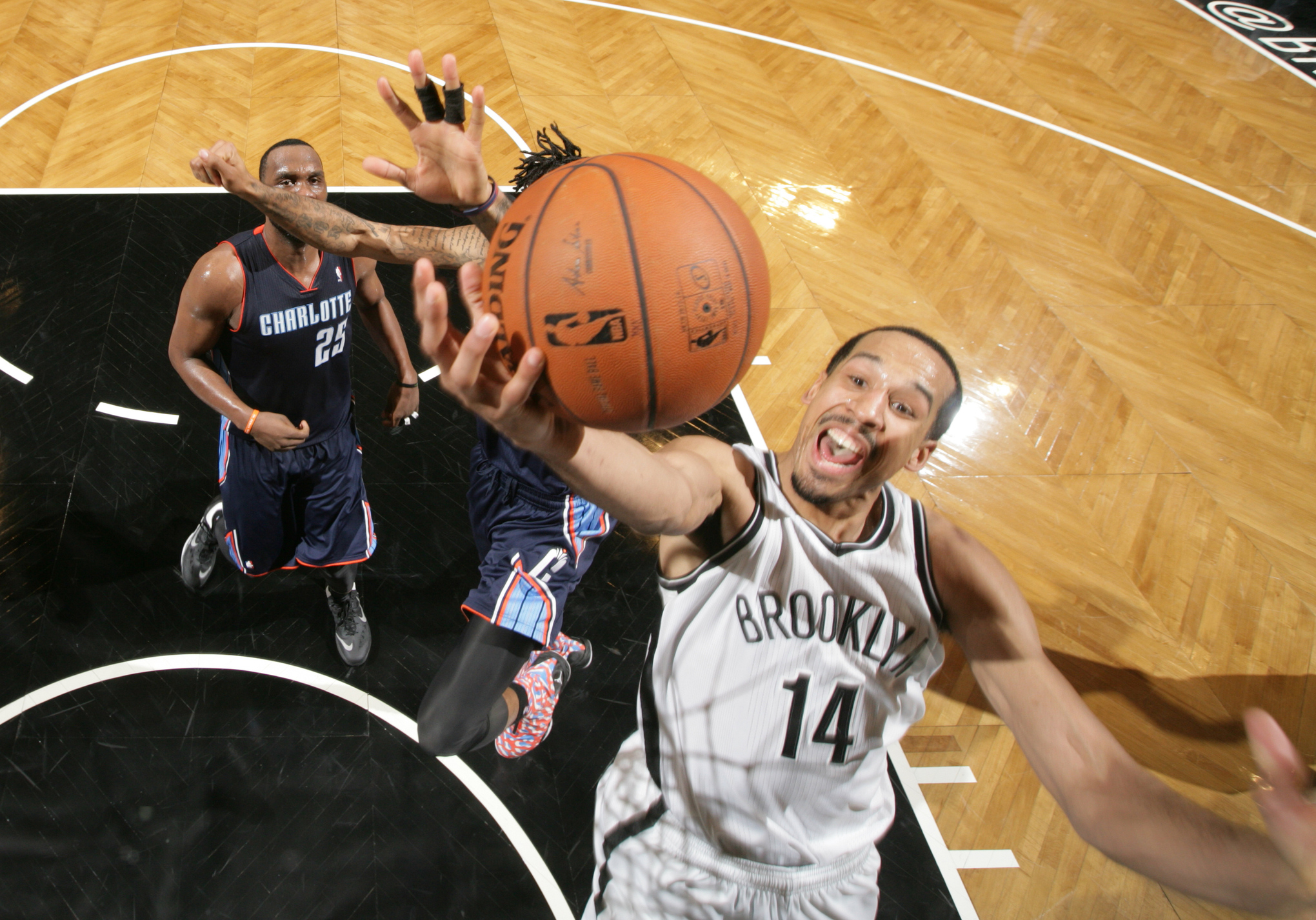 Not only has Shaun Livingston been a feel-good story in Brooklyn, he's been one of the key reasons why Jason Kidd's team finally gained its footing after injuries and a spilled soda defined the front third of the team's season. Livingston has played a big part as the third dynamic guard of a starting lineup that also includes Deron Williams and Joe Johnson.

Following a catastrophic knee injury in 2007, Livingston's career legacy has not only been revived with a spot on an NBA roster, but rewritten with an important one at that. Livington can act as point guard, has proven to be a deadly slasher with a dangerous first step and is also a defensive cog on an older team. While Paul Pierce and Kevin Garnett were the big offseason signings, Livingston might be the biggest individual key to the Nets' midseason turnaround. For the same reasons, he will be relied upon come playoff time.

Statistically, Brooklyn is a pretty much average team. Despite a record solidly above .500, the Nets have a slight negative scoring margin. Neither the offense nor the defense stand out in any meaningful way.

The Nets have two main strengths when it comes to the Four Factors: they draw a lot of fouls (top 10 in the league) and they force lots of turnovers (top three). If there's a silver lining, it's that there are only two strong offenses in the East playoffs (Miami and Toronto), so Brooklyn's mediocre defense is unlikely to be exposed badly.

Our resident coach's scouting report on how to stop the Nets.

The Nets' starting lineup features four players equally capable of scoring, facilitating, isolating and catching and shooting. To take advantage of this versatility, Brooklyn brings all five of its players out of the paint and runs all sorts of Flex action.

On this particular action, Brooklyn sets up in a modified HORNS alignment, putting its point guard, Deron Williams, in the corner. The other guard -- usually Shaun Livingston -- will dribble Williams' way and find a big man (or, usually, Paul Pierce) at the elbow. That guard will fake like he's cutting through, then come back for a pass or dribble handoff. At that point, the big man (or, usually, Pierce) will turn and set a pindown screen for Williams. The two remaining players mimic this action on the other side, distracting the defense and freeing Williams to curl into a jumper or layup.

ROOT FOR THE NETS BECAUSE...

One could argue that the Brooklyn Nets have had the best story arc in the NBA this season, spending months sitting alongside the Philadelphia 76ers and Milwaukee Bucks in the standings to now boasting the best winning percentage in the Eastern Conference since the start of the New Year.

If story arcs aren't your thing, maybe you're looking to root for a team capable of knocking off the defending champs? Well, the Nets are 4-0 this season against LeBron James and the Miami Heat. They also offer up the chance to root for Shaun Livingston, whose recovery from what looked an awful lot like a "career-ending" injury in 2007 is among the easiest in the NBA to support.

And keep in mind that the team's Russian billionaire owner could probably make you disappear at the drop of a hat if you don't root for the Nets. For the sake of your own safety, you should probably work on your "Broooook-lyyyn" chant.

Best Case: The Nets grit their way past Toronto in the first round as Paul Pierce and Joe Johnson take turns making game-winners. With a much-anticipated showdown with the Heat awaiting, Kevin Garnett reaches deep into his soul and names every single one of his tormentors who ever doubted him while making an incredibly awkward analogy involving omelettes. The Nets then take the Heat to a seventh game that draws higher ratings in Boston than New York. Mirza Teletovic becomes a household name and Shaun Livingston gets paid.

Worst Case: The Nets get out-gritted by the Raptors in the first round and the Russian billionaire realizes he spent twice as much for the same result as last year. KG retires, but doesn't tell anyone. Pierce moves on. Livingston gets paid, but by someone else.