The Hawks finished six games under .500, but it was good enough to make the playoffs in the East. Now Atlanta gets a meeting with the struggling Indiana Pacers to prove it deserves to be here.

Hawks at a glance

There are two ways to look at the Atlanta Hawks' presence in the NBA playoffs.

You can rue an Eastern Conference that dares celebrate mediocrity. There are two or three West teams outside the playoffs better than Atlanta, a club that slinked into the postseason after holding off hapless chases by the Knicks and Cavaliers. You can snooze through Atlanta's first-round series, advocate for conference-free playoff system and hold up the Hawks as the final argument in a case that the East is wholly inferior and unworthy of consideration.

Or, you can see a team that underwent a coaching change, lost its longest-tenured player (Josh Smith) in free agency, lost its best player (Al Horford) to a crushing early-season injury and relied on a mix of plucky youth and cagey veterans to outlast teams with much higher expectations coming into the season.

Considering all that's happened this season, that we're talking about the Hawks in April is a total upset. They don't get the respect or legend other plucky surprises have received, but perhaps they deserve it even more.

Almond Joy isn't that bad. It hits the spot sometimes. It's definitely not good enough to be in the Halloween mixed bag, though. It's clearly not going to be anyone's choice, especially if it's up against a Reese's or Whoppers or something. Never. But Almond Joy is always there, because they need enough different kind of candy to make it an assortment and ... well, there just isn't a suitable alternative. 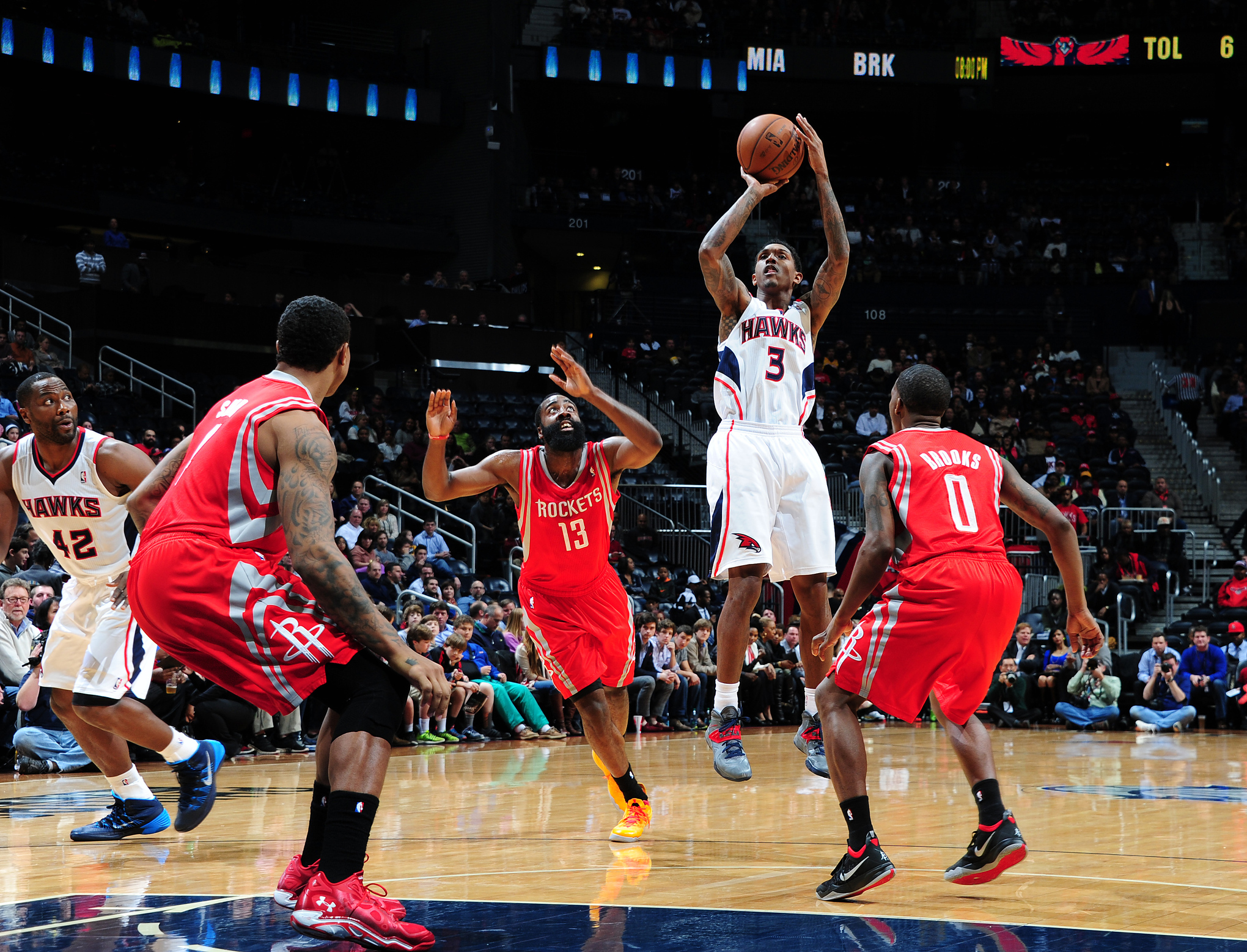 Knee injuries are nothing to mess with, and Atlanta Hawks combo guard Lou Williams tore his ACL last January. That put him out of action for 11 months, but had lingering effects long afterward. This season, Williams has not been as effective as he used to be, and Atlanta head coach Mike Budenholzer gave him seven straight DNP-CD's in March. All Williams could do then was watch and hope he'd be given another chance.

He's back in the rotation now, and he's still not looking like the old Williams. There have been some signs, though. On March 24, he scored 17 points on 5-for-8 shooting against the Suns. On March 31, he had 22 and shot 7-for-12 against the Sixers. The banged-up Hawks are in desperate need of more scoring, and if Williams can catch fire, it would be a huge boost.

Statistically, the Hawks aren't that bad. They get a lot of grief because they took so long to put the Knicks out of their misery and because the West No. 9 seed Phoenix Suns are loads better. But the Hawks really aren't out of line with recent (and probably future) East No. 8s. They are decidedly and totally just below average.

The injury-ravaged Hawks are right around league average in both offense and defense. The defense is buoyed by strong turnover creation and a low foul rate, but the shooting defense is pretty rough. The offense's strength is a top-10 shooting percentage, but the Hawks are among the league's worst in turnover rate and offensive rebounding. Nothing will really make them a contender for an upset -- they just don't do anything well enough.

Our resident coach's scouting report on how to stop the Hawks.

Budenholzer predictably imported many elements of the Spurs' offense to Atlanta, but tweaked them to get the most out of Kyle Korver, perhaps the best off-ball runner in the league.

This set is an adaptation of San Antonio's "Motion Weak" and is one of several that are designed with Korver in mind. The point guard will trigger the play by finding Korver on one wing, then cutting through to the opposite corner. (Hence, "Thru"). The ball swings around from Korver to a trailing big man, then to the opposite side. From there, that same big turns and sets a screen for Korver to curl open in the middle of the court. Korver can catch and shoot, or he can wait for his screener to roll into open space on a side that's now cleared out. With his underrated court vision, Korver always makes the right decision.

ROOT FOR THE HAWKS BECAUSE...

Ever been to a theme park? They're fun, but a lot of other people think so too and so you have to wait in line. Popular teams are like theme park lines. You're one of the millions there trying to cheer a team on and be heard. Just another number. If only you could have an impact.

How do the Hawks stack up?

The Atlanta Hawks have a tall task against the Indiana Pacers in the opening round of the 2014 NBA Playoffs, but on a player-by-player basis, the difference between the two teams isn't quite as pronounced as you may think.

How do the Hawks stack up?

I have great news! During this playoff season, come root for the Atlanta Hawks. (CAW-CAWWWW). You can stroll to the front of the line and be heard. You'll be shoulder-to-shoulder with some of the die-est of the diehards in the business. Nobody expects anything from the team. Folks outside of Atlanta barely know the team colors, much less the players. It's a jewel in the rough, waiting to be discovered ... by you.

So shake off the burden of popularity and cheer on the hard work of Paul Millsap, the scary athleticism of Jeff Teague and the best three-point shooter in your lifetime in Kyle Korver as they attempt to take down the Pacers.