Dallas Mavericks claw back to postseason after 1-year absence

After a down year in 2013, the Mavericks fought their way back to the playoffs thanks to a huge season from Dirk Nowitzki, a seamless transition for newcomer Monta Ellis and a great coaching job by Rick Carlisle. But can they surprise the mighty Spurs?

Share All sharing options for: Dallas Mavericks claw back to postseason after 1-year absence

Mavericks at a glance

What a turnaround for the Mavericks. Dallas' 12-year playoff streak was broken last season, and it appeared the Dirk Nowitzki era was burning out. The Mavericks struck out on another top free agent target (Dwight Howard) and had to fill in the gaps with cheap veterans and a marquee scorer, Monta Ellis, who had been rather maligned lately.

It worked. Rick Carlisle sculpted Monta-Dirk into a powerful dual attack, with a point guard battery of Jose Calderon and Devin Harris setting them up and providing some supplemental scoring. Samuel Dalembert has also been good in the middle, though the Mavericks' defense is usually a disaster. The Mavs never threatened for a high seed and only barely made the postseason, but that was a massive victory in itself.

Questions about what happens when Dirk's legs slide out from under him remain. But there's no question that Dallas will enjoy every season with him it can manage. And the Mavericks' 2011 championship banner proves that no one knows what will happen once the playoffs begin. This season has given Mavs fans a reason to believe again.

How are these guys so good but so bad?

Dirk Nowitzki, admittedly, looks more like a villain in an edition of Ian Fleming's British spy series than the leading man. But as Sean Connery once seemed like a king on the beaches of Jamaica with bronzed shoulders and a young Ursula Andress by his side, so too did Nowitzki once rule the Western Conference.

Now, the Mavericks have gone through a transformation. They suffered through their Die Another Day drudgery with a first-round exit in 2012, missed the playoffs entirely in 2013 and are poised to make a comeback, Daniel Craig-style.

Dallas has gotten back on track, going back to what worked in the first iteration of its dynasty. Dirk is the centerpiece, Monta Ellis playing the ever-helpful and crafty Felix Lighter and Jose Calderon is providing gadgetry at point guard. That has pushed the Mavericks back into the playoffs with a view to kill in the Western Conference.

Diamonds may be forever, but the Dirk-led Mavericks won't last that long. This could be a turning point for Dallas. 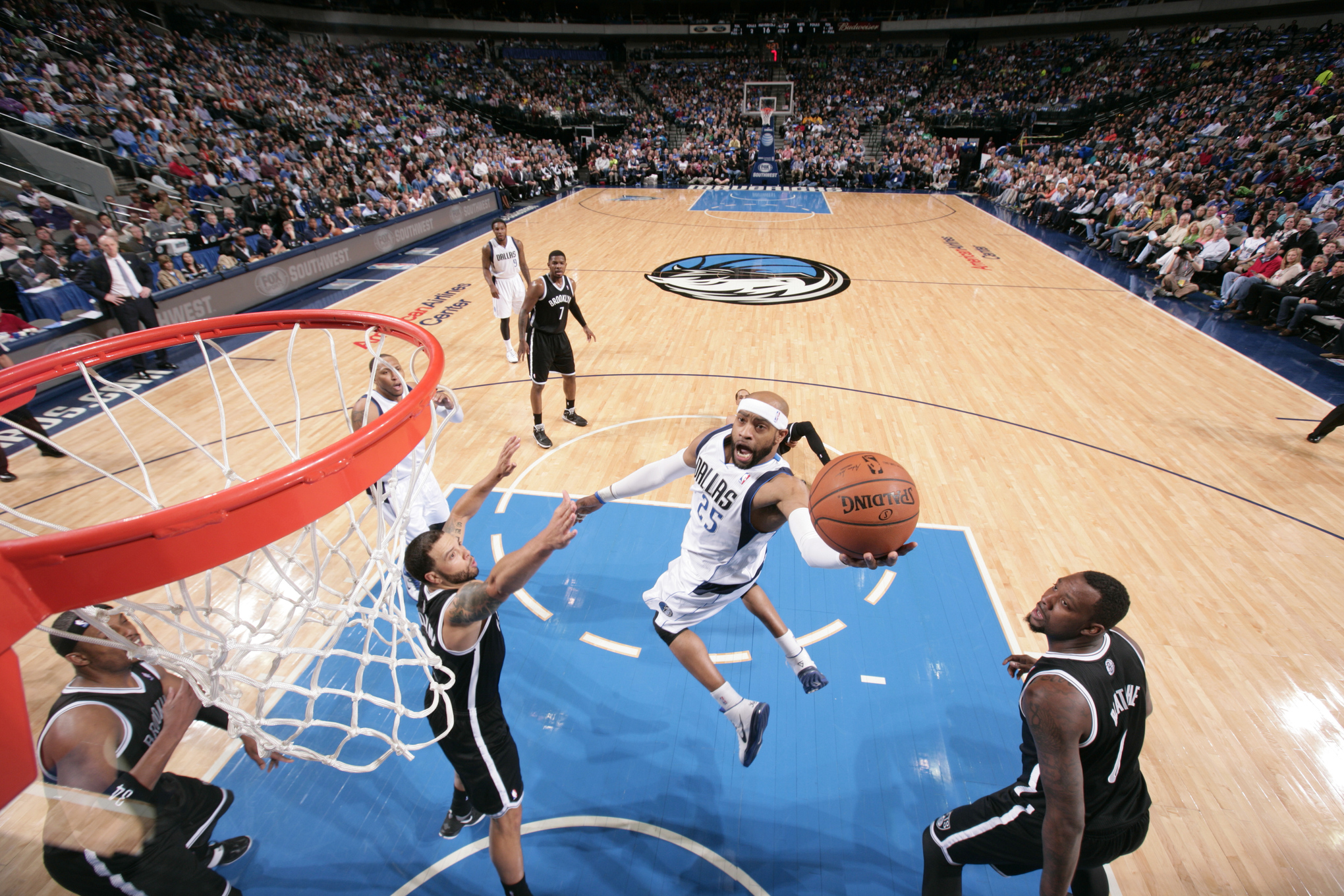 Every few games, it happens. Vince Carter sees an opening and attacks it. The veteran elevates higher than science says he should and he finishes with equal measures of power and grace. Dallas Mavericks fans are used to it by now, but for those of us who only check in on the Mavs intermittently, it's always a bit of a shock. No, his dunks aren't anywhere close to what he could do a decade ago, but they remind you how damn good he was. Then you realize you've lost an hour on YouTube.

It's sort of the same with Carter's game. In Dallas, he's settled into his role as a dependable backup on the wing. Few superstars age so gracefully, fewer still find a way to be a better defender at 37 than 27. Most of the time for the Mavs, he blends into the background, playing about 25 minutes of competent, complementary basketball. He'll make smart plays, be in the right spots and knock down open jumpers. Occasionally, though, he'll do more than that. He can still get hot, and he can still get up.

The Mavericks are oddly similar to the Blazers; both teams are clearly skewed toward offense. Dallas has a top-five offense and a below-average defense. On the attack, Dallas has one of the very best shooting percentages and one of the lowest turnover rates. The Mavericks don't draw many fouls or get many second chances, but it works out just fine.

Defensively, the Mavericks do have problems. Outside of an elite turnover creation rate, Dallas is mediocre, giving up a high shooting clip, giving up lots of second-chance points and fouling too much. But as a veteran team, we'll see if the Mavs can get critical stops in the postseason.

Our resident coach's scouting report on how to stop the Mavericks.

In this misdirection-dominated era, several teams try tilting the defense by decoying a pick-and-roll on one side, then quickly swinging the ball for a pick-and-roll on the other side before the help is ready. Nobody does this better than the Dallas Mavericks, especially now that they have the speedy Monta Ellis.

In this situation, the team's other guard will make a zipper cut across the middle of the floor to one side. Dirk Nowitzki (or, sometimes, Shawn Marion) is there, and it looks like a threatening pick-and-roll between that guard and the most dangerous big man shooter in the game. But before it happens, Calderon or Harris will quickly throw the ball back to Ellis, who is standing well beyond the three-point line. Ellis catches it and takes off to his right, where the other big man -- Samuel Dalembert, DeJuan Blair or Brandan Wright -- is ready to screen. Before the defense knows it, Ellis is at the rim.

ROOT FOR THE MAVS BECAUSE ...

Dirk Nowitzki now has a championship, is a first-ballot Hall of Famer and became an NBA top-10 all-time scorer last week. He's a humble superstar with a good dash of humor and, despite turning 36 this summer, has carried the Mavericks to the playoffs on the high arc of his trailing 3-pointers and one-footed fadeaways. He's currently waging a war against Father Time, which cost him part of last season with a knee injury. But he's winning right now, so root for the Mavericks in these playoffs, and for Dirk to live forever.

Best Case: Living on a steady diet of Monta Ellis pullups and one-legged Dirk Nowitzki jumpers, the Mavs stun a higher seed in the first round and scare someone in the second round. Numerous blog posts titled "The Case for Monta" appear across the Internet.

Worst Case: A steady diet of Monta Ellis pullups and one-legged Dirk Nowitzki jumpers can't hide their defensive issues, and the Mavs lose in five games. No one ponders the deeper meaning of Monta.