The playoffs are finally here! Here are the matchups and the schedule for the first round.

We've waited 82 games, but the NBA playoffs matchups are set and the schedule is out. Here's what to watch and when to watch it. All times listed are Eastern. When there is no time or television station listed, it is TBD.

The Pacers' season-ending funk is well documented. They finished the regular season just 10-13 in their last 23 games and their offense completely stagnated. But they picked up a big home win against the Thunder before taking care of business of the Magic to end the campaign. They are still the best defensive team in the league, and the slower pace of the playoffs should work to their advantage. 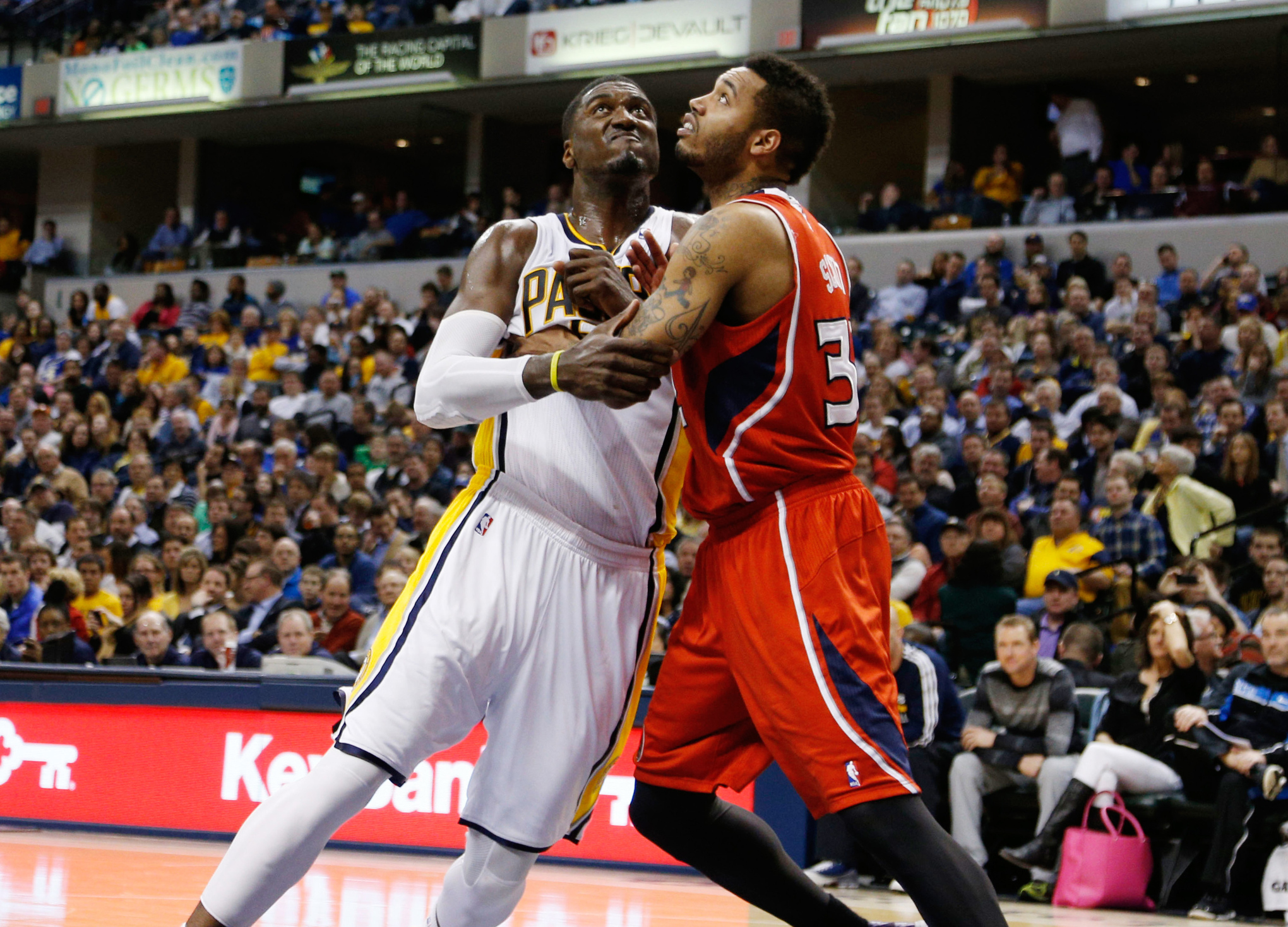 The Pacers enter the postseason with lofty goals, while the Hawks have nothing to lose/Photo credit: Brian Spurlock-USA TODAY Sports

But don't discount the Hawks. Atlanta and Indiana split the season series, 2-2, and the Hawks beat the Pacers by 19 points in Indianapolis less than a month ago. Four games later, they beat the Heat to seal a playoff spot. They are missing their best player (Al Horford) and likely won't knock off Indiana, but they could steal a game or two.

Hawks look to spoil Pacers Pacers pushing for the Final

Miami is nitpicked more than any other team in the NBA. That's part of the package that comes with winning two straight championships, but it's also a little overdone. The Heat are tied for second in offensive efficiency, scoring 109 points per 100 possessions, and they still have LeBron James. Dwyane Wade has rested his way to the playoffs, and Chris Bosh has equipped a reliable three-point shot. 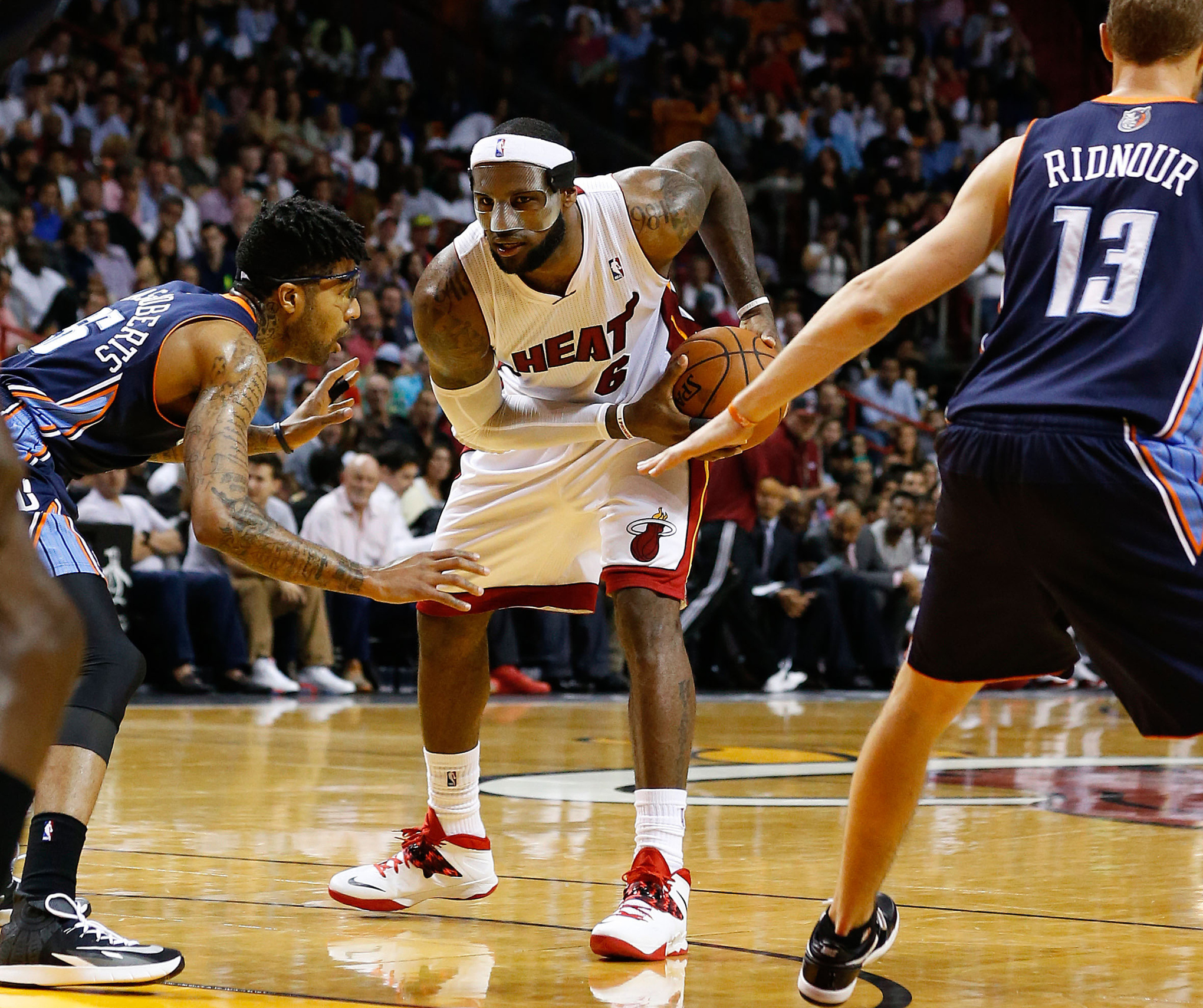 The Bobcats will have their hands full. Miami turns up the effort around this time. It is 8-1 in the first round over the last two seasons. Charlotte hasn't played in the postseason in four years, but it is a stingy defense with a reliable post player (Al Jefferson) and a creative, ball-handling guard (Kemba Walker).

The quest for a three-peat Charlotte's defensive determination

Brooklyn started this lineup in the final game of the regular season: Jorge Gutierrez, Marquis Teague, Marcus Thornton, Andray Blatche and Jason Collins. It did so to rest its starters, but it was also a sneaky tank strategy to ensure the sixth seed and draw Toronto then Miami (whom it swept in the regular season), rather than Chicago and Indiana. 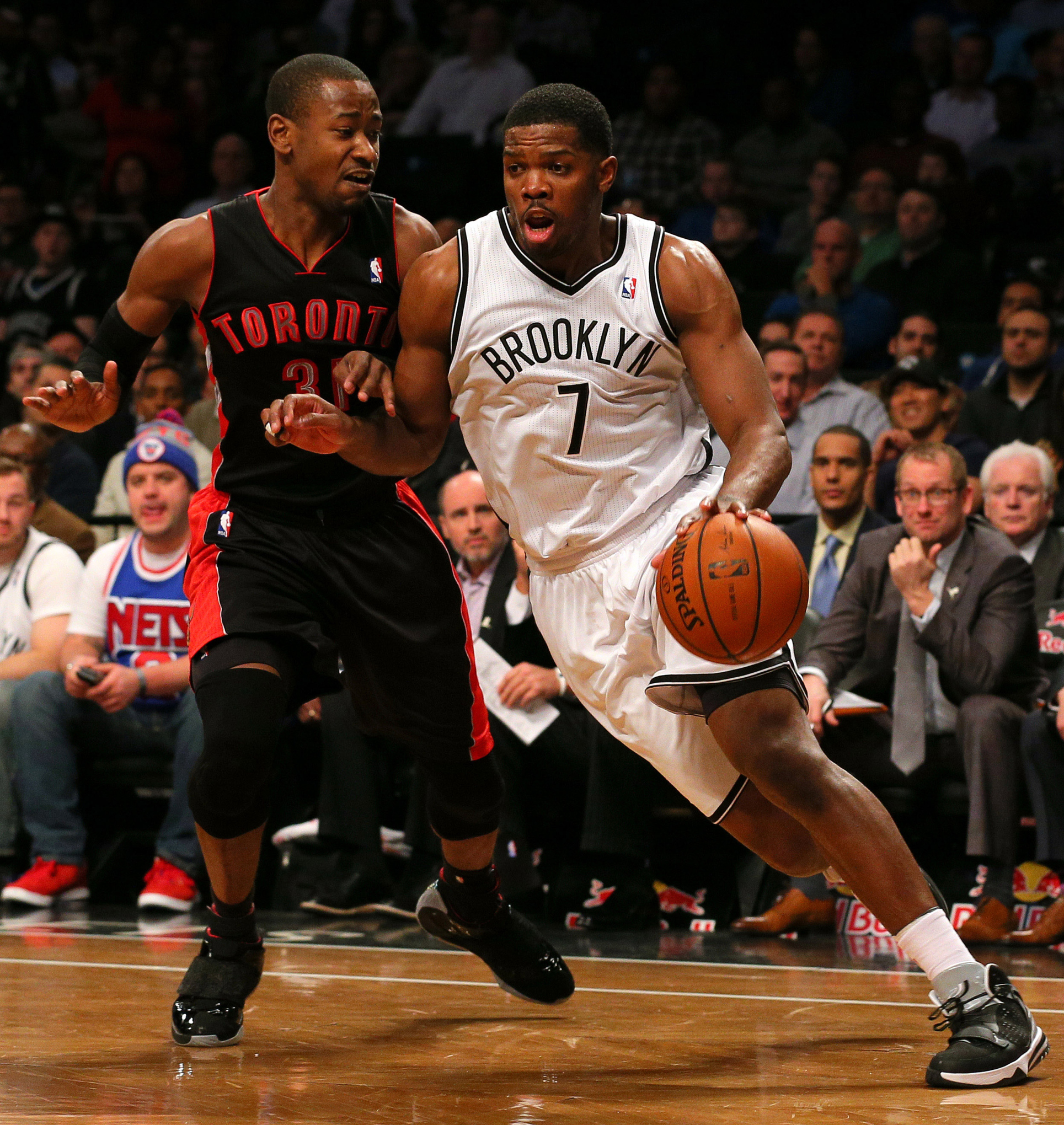 The problem is that the Raptors are a good basketball team. They are long armed and disciplined on defense. They ranked out as the eighth-best defense in the regular season, giving up just 102.4 points per 100 possessions. Kyle Lowry and DeMar Derozan are gritty scoring guards, and the Raptors use a deep, competent bench. Brooklyn is much more experienced in the playoffs, though, and that's probably why it would rather play Toronto than Chicago. The Raptors are up-and-coming, but still new to the postseason.

Defense, defense, defense. Chicago has its shortcomings on offense, but the defense is air tight. It ranked No. 2 in the NBA, allowing just 97.8 points per 100 possessions. That's only a point more than the Pacers. Joakim Noah is a maniac on both ends of the floor and is legitimately in the MVP discussion, and coach Tom Thibodeau is once again one of the favorites for coach of the year. 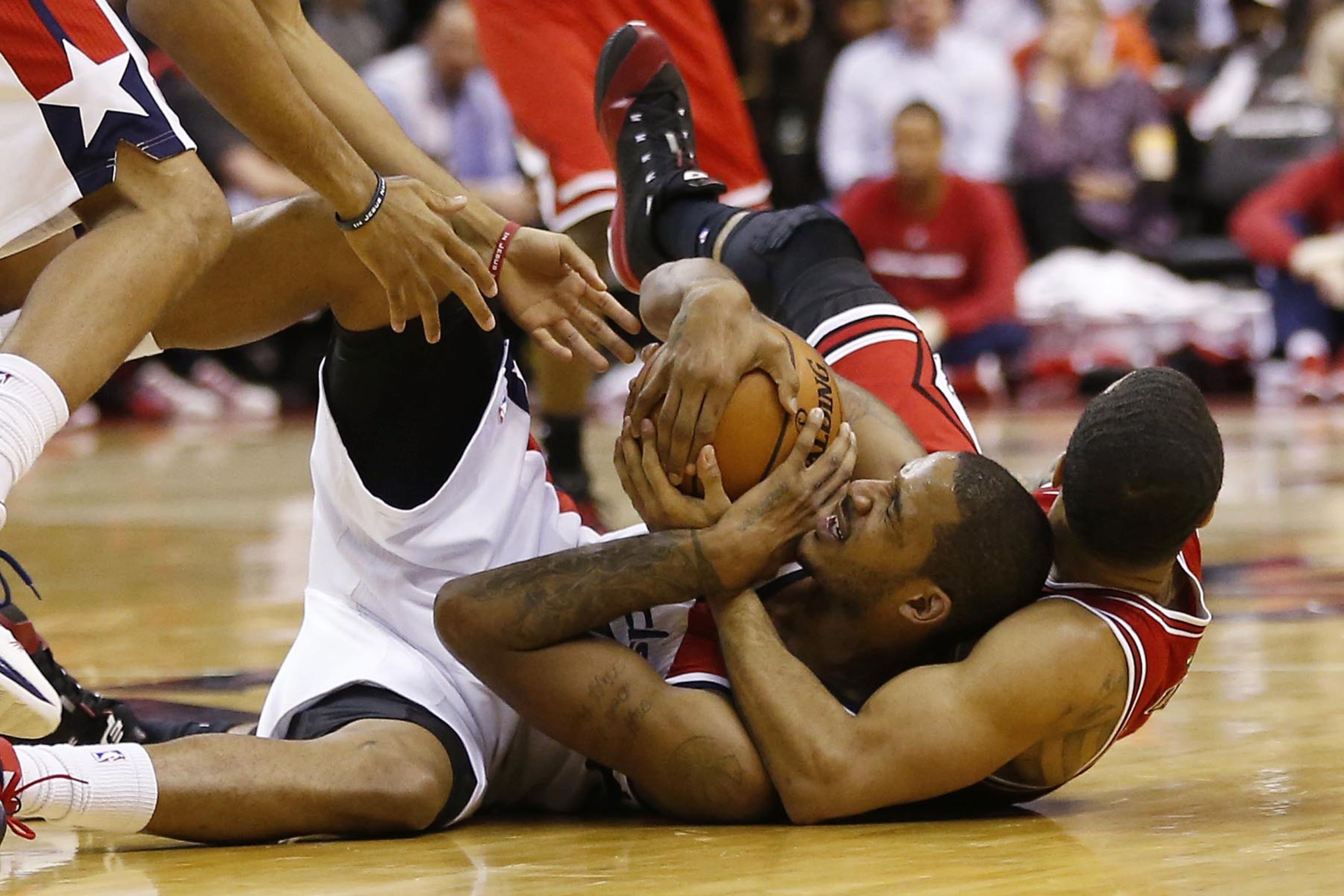 The Wizards are ending an extended playoff drought, while the Bulls are looking to make waves after absorbing the loss of Derrick Rose to injury ... again/Photo credit: Geoff Burke-USA TODAY Sports

The Wizards are stout defenders, too. They give up 102.4 points per 100 possessions, the same exact mark as the Raptors. Like the Raptors, the Wizards are inexperienced in the postseason. They have a star point guard (John Wall) and capable sidekicks, but their bench isn't as good as Toronto's. The additions of reserve veterans Andre Miller and Drew Gooden should help, though.

The Spurs sidestepped injuries and dominated the regular season en route to the No. 1 seed. They sport the sixth-best offense and third-best defense, via Basketball-Reference, and are likely the favorites to win the championship. They are just a first-rate organization from top down, and they should take care of business against the Mavericks. 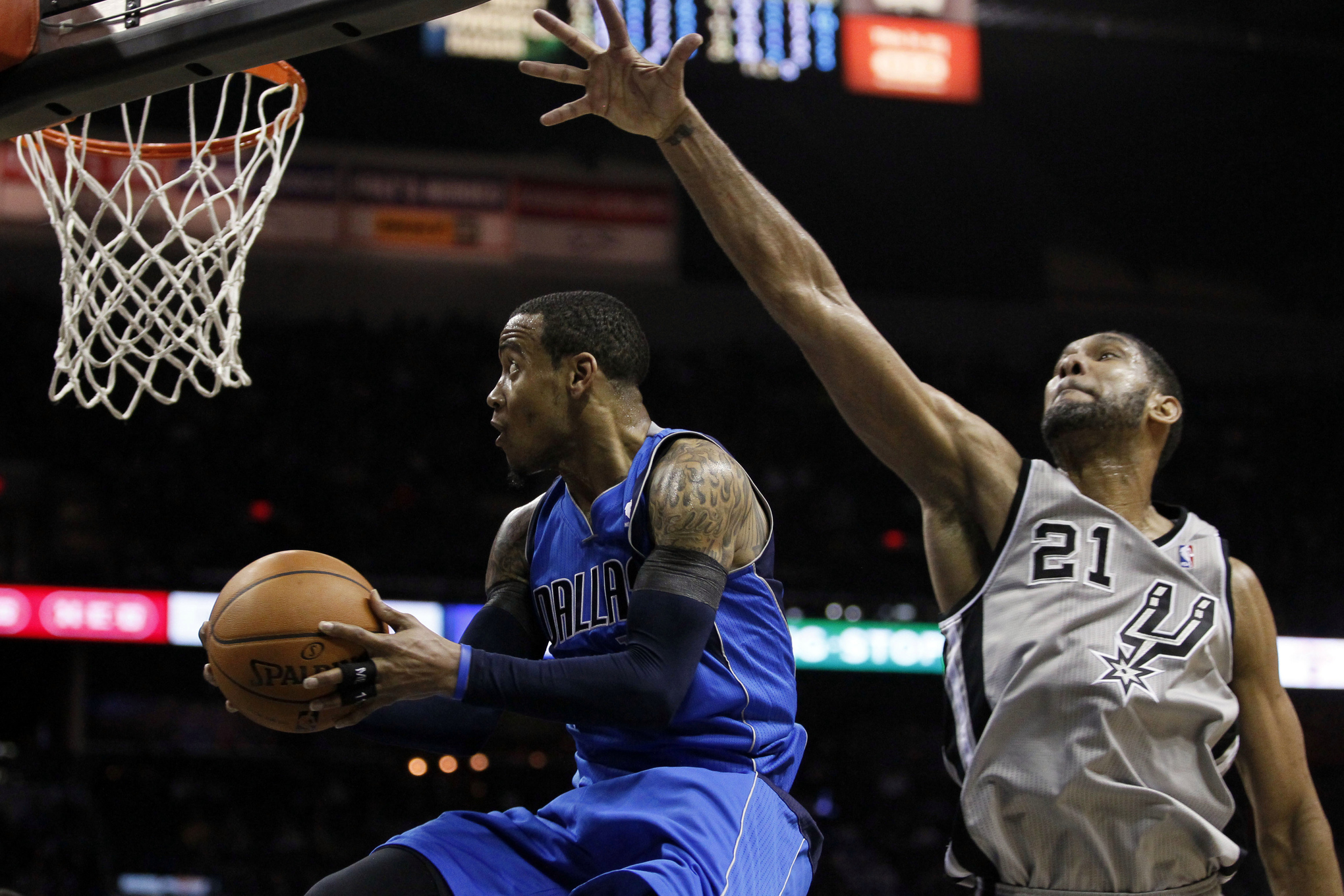 The Spurs will be looking to advance to the NBA Final for a second consecutive season/Photo credit: Soobum Im-USA TODAY Sports

Dallas is high powered on offense, but it is well below league average defensively and its the worst defensive team in the playoffs, per NBA.com/stats. That isn't going to magically change once the postseason begins. The Mavericks are going to have to outgun the Spurs if they want a chance to advance.

Mavs return to the postseason Spurs look to another title

The Thunder suffered a major setback last postseason with Russell Westbrook's first-round injury. He went through a couple more knee injuries in the regular season, but he's back to full health now. When he was absent, Kevin Durant took his game to ungodly levels. This team is healthy, dominant on both ends of the ball and on a mission back to Finals. 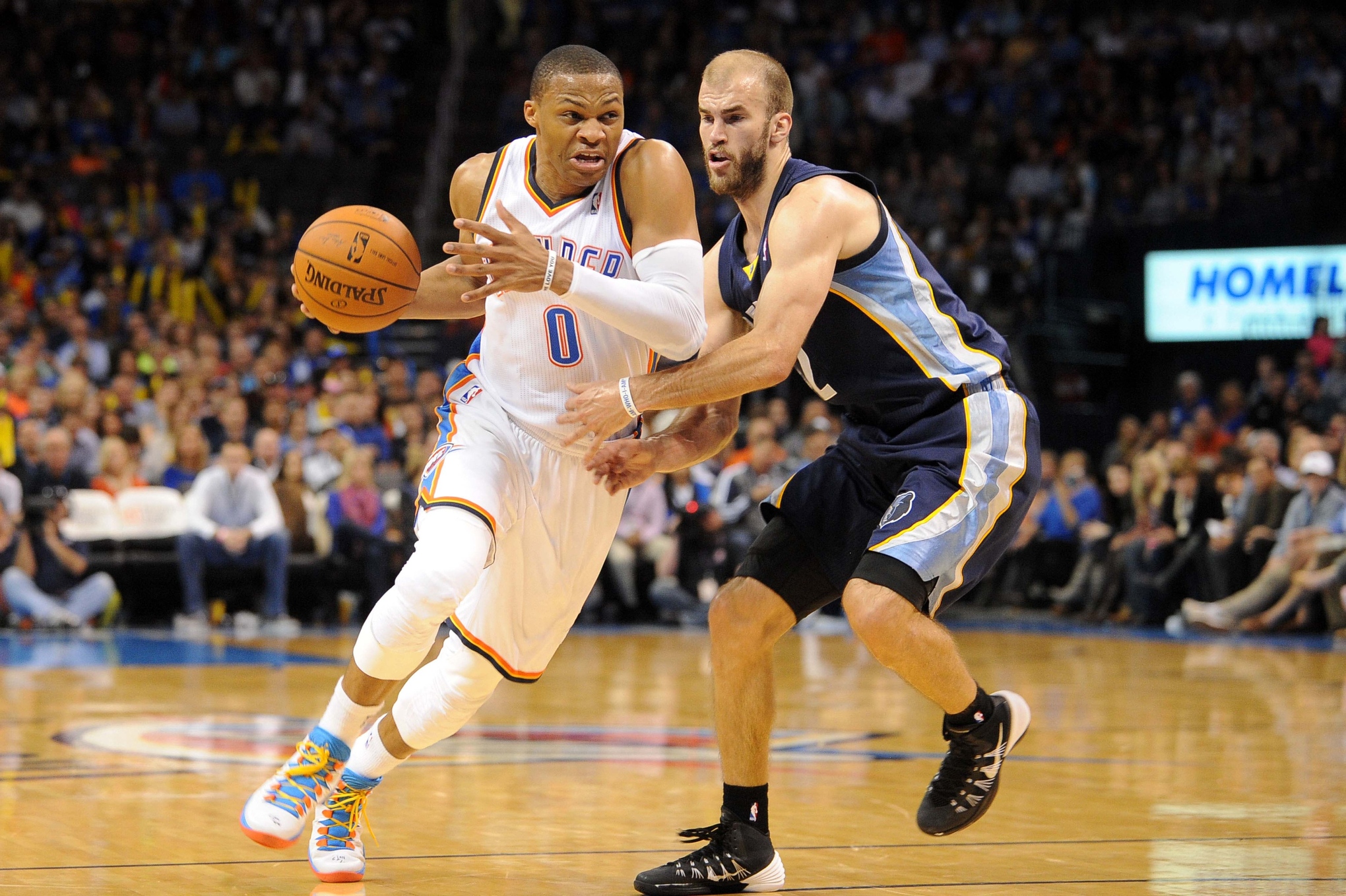 Defense will be a key factor if Memphis hopes to stand a chance against one of the league's best teams/Photo credit: Mark D. Smith-USA TODAY Sports

Memphis is going to have to do what Memphis does best: slow the game down, play tough-nosed defense and squeeze whatever it can get on offense.

Can KD finally push OKC to a title? Memphis is ready to be every top seed's nightmare

The Clippers and Warriors do not like each other. That narrative can write itself. But it's what each team does on the floor that makes this matchup so compelling. They are the seventh- and sixth-fastest-paced teams, respectively, yet they are both top seven in defensive rating, according to NBA.com/stats. They run and they defend. Los Angeles is a much better offensive team, thanks in part to Blake Griffin's continued development on that end. 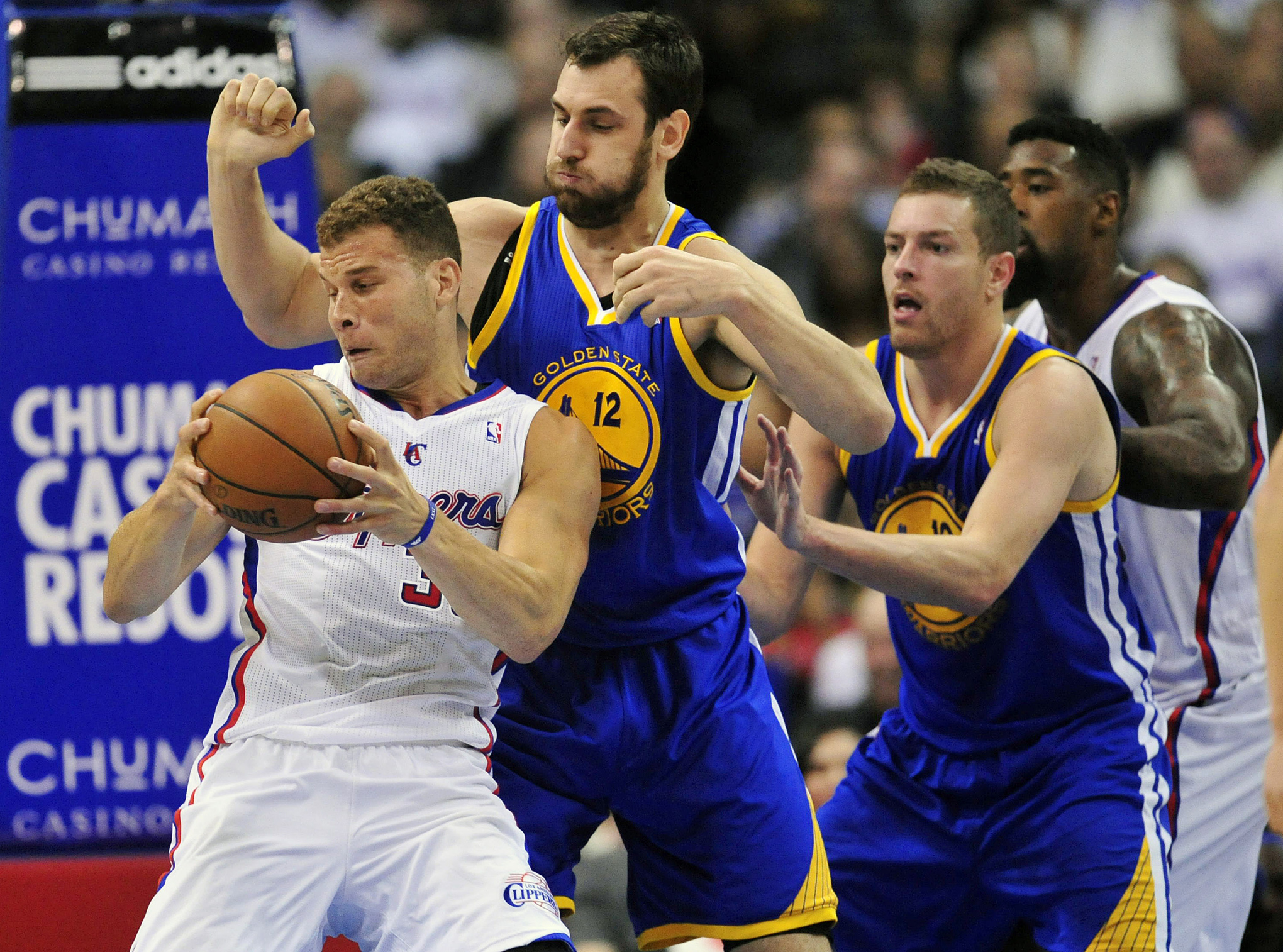 The real bummer here is Andrew Bogut's rib injury. He's the Warriors rock on defense, and he can match up with Griffin and DeAndre Jordan. With a healthy Bogut, this series is nearly even. Without him, it's pretty clearly in the Clippers' favor.

Houston-Portland is the most offensively charged matchup in the first round. Both teams love to run up and down the floor, and both are top six in the league in pace, according to NBA.com/stats. Houston surrounds its James Harden/Dwight Howard pick-and-roll with a world of shooting, and Portland plays a free-flowing, motion offense and surrounds LaMarcus Aldridge with a ton of shooters. 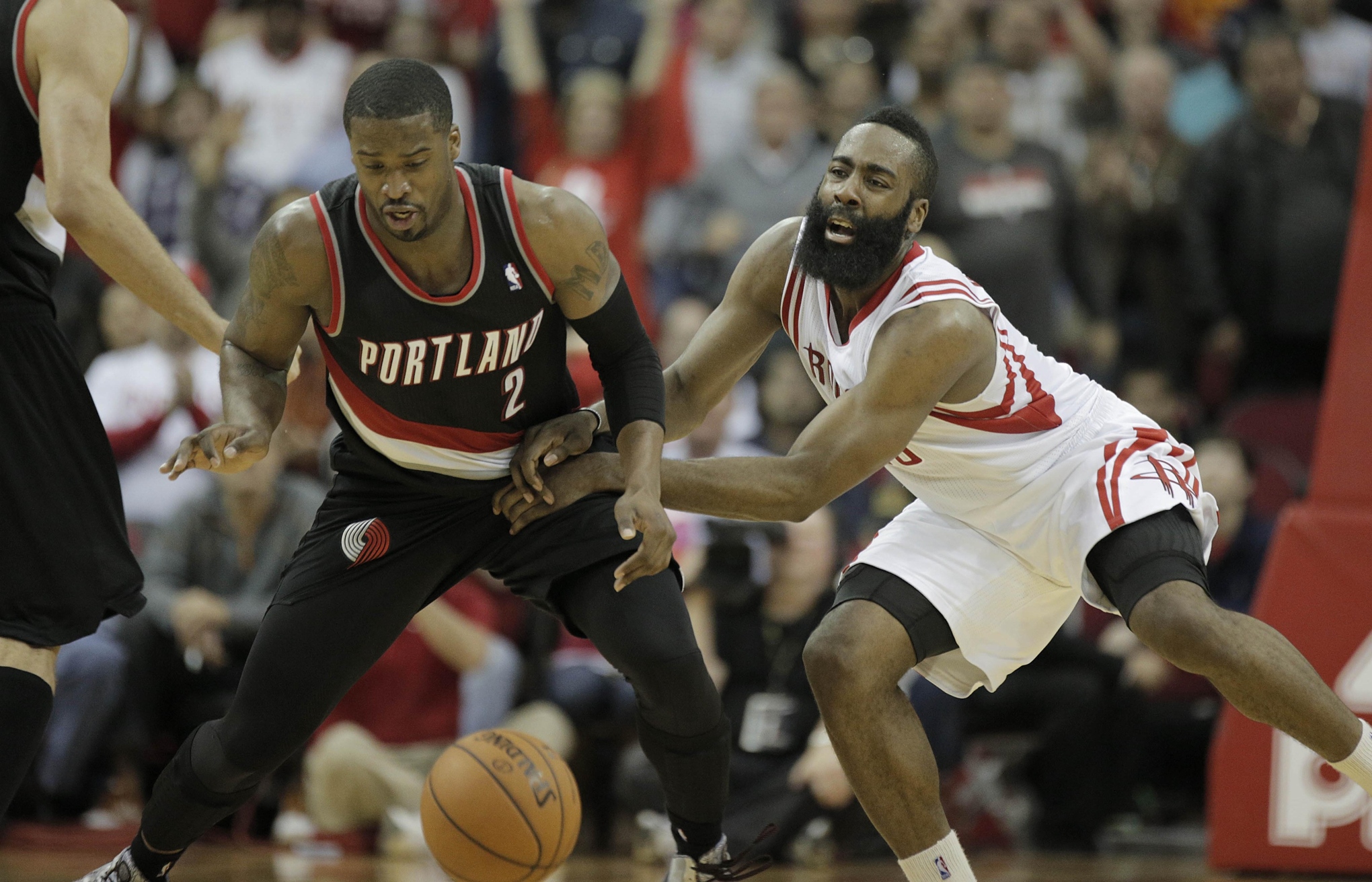 But defense will be the difference here. Houston morphed into an above-average defense, via Basketball-Reference, mostly thanks to Howard. Can Portland get stops when it needs them?