Why did the New York Knicks sign Lamar Odom with one day left in the season? It's all about the value his contract represents in the trade market.

Share All sharing options for: The Knicks' signing of Lamar Odom is more than meets the eye

In this, the final week of the NBA regular season, the New York Knicks signed Lamar Odom to a contract running through the 2015 season.

An optimist's view would say that this is the first move of new team president Phil Jackson, who inevitably and understandably wants to stick with what he knows best and have his new team play the triangle offense. A point forward like Odom is integral to this ideology, and suitably difficult to come by to merit taking on Odom himself as a reclamation project.

Perhaps there is a bit of that involved here. Perhaps the Knicks really do see a chance for redemption with Odom, a possible contributor down the road in spite of the complete waste of his last three seasons (and, based on his brief Spanish stint, additional injury concerns). Odom really was good when he was good, and if there is a spark in the fire, the Knicks want to be the ones to throw a log on it. Yet realistically, the timing of the move is most representative of what is in play here.

Coverage of the NBA playoffs

Odom was signed right at the very end of this season, to a contract running through next season. If he was supposed to help this season, he would have signed earlier. If he was supposed to help next season, he would have signed later, unless the Knicks felt they had to secure him early so as to not be outbid on him, which seems unlikely.

Instead, then, Odom was signed at a time he could be of no use, so that he was ready to deploy at a time when he could be at his most useful -- the July free agency period.

By signing Odom to a contract running through the 2015 season, the Knicks are able to trade Odom from the end of the July moratorium. When they do so, they will be trading an unguaranteed $1,448,490 contract, a contract which can be used in salary matching deals and waived without reprisal by the recipient team.

This is a fairly common science, recently also employed by the New Orleans Pelicans in their signing of Melvin Ely, and recently not employed by the Cavaliers in their signing of Scotty Hopson. It creates a small but useful asset from a roster spot and a minimum salary, just as they had done previously with Shannon Brown (who has an unguaranteed deal for $1.31 million next year via the same mechanism).

The Knicks have benefited from this process before when they waived Bill (now Henry) Walker to sign Dan Gadzuric down the stretch of the 2011/12 season, a player who never got the opportunity to contribute significantly on the court but whose $1.352 million contract became a valuable centerpiece to that summer's Raymond Felton trade. The Felton trade was unsuccessful, of course, yet the point remains that it could not likely have been done without Gadzuric's contract. His contract gave the Knicks an asset going into that summer, as will Odom's $1.44 million unguaranteed minimum salary deal. It is not a huge asset, but it is an asset nonetheless, something of which the Knicks will have scant few.

Odom was signed at a time he could be of no use, so that he was ready to deploy when he could be at his most useful -- the July free agency period.

A well-documented penchant for giving away draft picks, particularly first round ones, is an easily cited and entirely correct reason for why the Knicks are short of assets. However, there is more to it than that. Mid-range contracts, just like first round picks, are fundamental to being able to complete trades, and the Knicks have almost none of them. They know the value of these well as they used a package of those things to land Carmelo Anthony and Andrea Bargnani, and now they have left themselves with barely any horses left in the stable. The only mid-range contracts they have belong to Felton and J.R. Smith - both run through 2016 and are attached to hard work players (not to be confused with hard working players). These are not desirable assets, and with a lack of first round picks to placate them, trade assets are few.

What they do have now, however, is a few outside chances of rustling up money. In addition to the combined $2.85 million unguaranteed of Odom and Brown, Kenyon Martin now has early Bird Rights with the team. This means he can potentially be used Keith Bogans-style in a sign-and-trade deal to a contract starting at 104.5 percent of the average salary in the previous season, or about $5.5 million. Assuming he is not signed before then, Kenyon will surely be complicit in that. 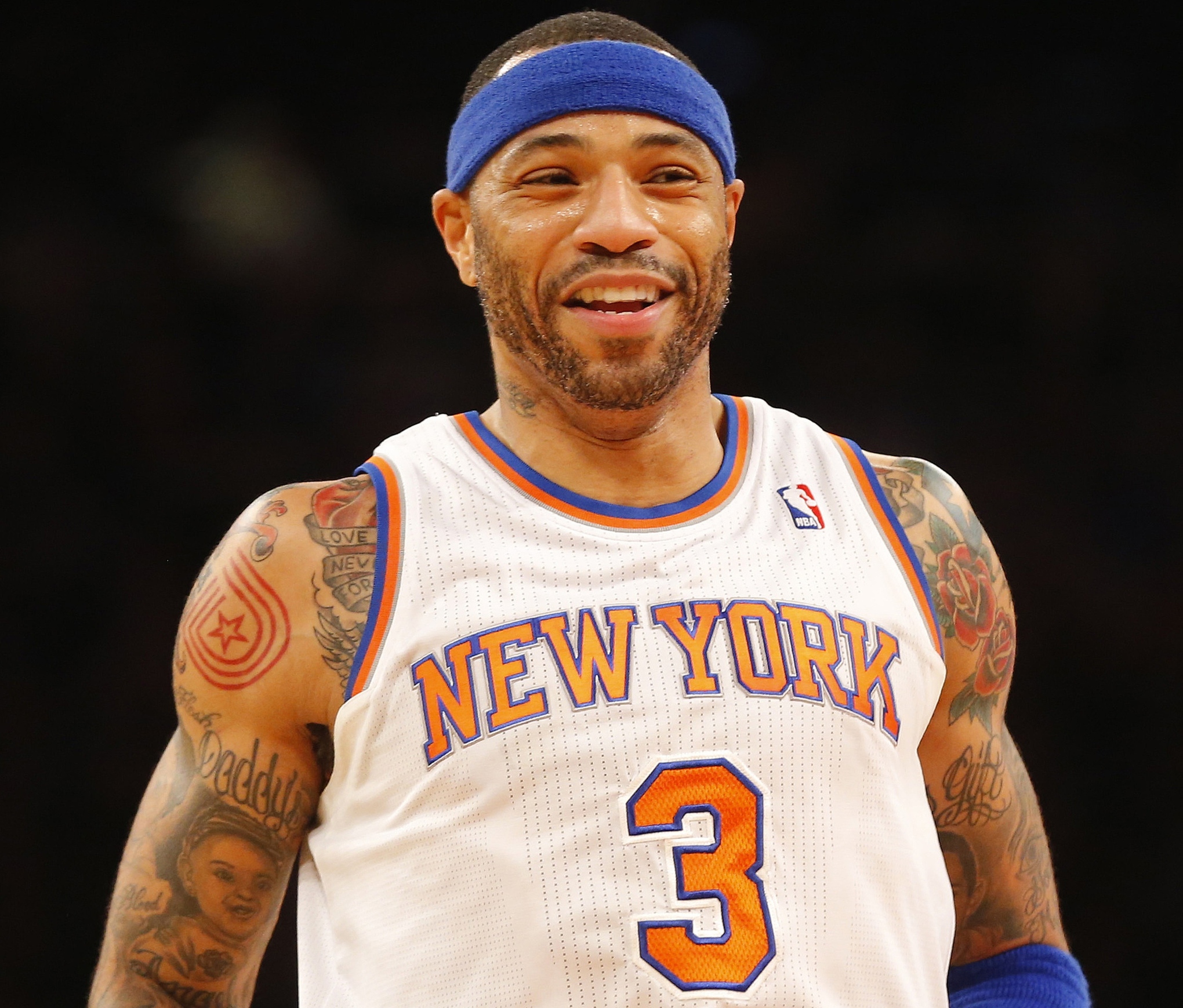 A big drawback here, though, is that any such sign-and-trade must see the Knicks finish below the so-called 'apron'. And with their payroll being as high as it is, this will be hard to do. Furthermore, if they team did do a sign and trade, the apron (expected to be about $77 million or so) would then be a hard cap for the remainder of the season, a non-negotiable limit on payroll expenditure of any kind. New York are so far above the apron that it is almost impossible to imagine them getting under it without losing Carmelo Anthony in free agency. Even if they did get under it, it would not by enough to enjoy the full benefits of doing so, as both usage of the sign-and-trade and non-taxpayer mid-level exceptions would create this hard cap.

The new CBA deliberately and effectively has restricted the ability to spend of those it deemed have already spent enough. The Knicks will likely have no cap room, no Bi-Annual Exception, no ability to sign a smaller mid-level exception starting at $3.278 million for only up to three years, and the requirement that incoming salary in trades is limited to a maximum of 125 percent plus $100,000 of the outgoing, and not the more liberal limits enjoyed by non-taxpayers. With over $92 million committed to 12 players already, luxury tax seems like a certainty, and thus so do these restrictions. And those restrictions grossly inhibit the team's ability to improve.

One of the few bright spots, Toure Murry, needs re-signing. And after signing him to only a one-year minimum salary contract last summer, New York have put themselves in another Chris Copeland-like situation whereby they have no Bird Rights and will find it difficult to re-sign him. Moreover, the roster needs more than just retaining. The decent enough 34-32 finish to the season does not offset the huge problems within it, the embarrassments along the way, and the sheer dearth of talent available. The Knicks need a lot of help without the means to acquire a lot of help.

Carmelo Anthony addressed the media on Thursday. He sounds like he's done in New York.

The summer, of course, hinges on the future of Carmelo Anthony. If he leaves, it's over, and a rebuild (if such a thing is possible for a team with so few of its own picks) begins in earnest. If he stays, the Knicks will be paying $30 million to a 34 year old, which itself is not optimal but is surely better than the alternative. Tim Hardaway Jr. and whatever is left of Iman Shumpert's falling star represent the sum total of the 'future', unless Murry and Jeremy Tyler can establish themselves as regular rotation talents. And that is about it. The contracts of Amar'e Stoudemire and Tyson Chandler expire after next season, which provides much more flexibility next offseason and/or potentially gives them some trade value as expirings (which famously do not have the trade value they once did, but nevertheless still have some), yet this does not solve the many immediate problems.

New York, as ever, will no doubt spend as much as they can. But they cannot spend very much. Odom helps a little bit, but only a little bit. It seems likely they haven't enough assets to pull off another Bargnani-like deal. This, perhaps, is a blessing.