Miami has the chance to become the first team to move on in the 2014 NBA playoffs.

Three games are on the docket in the NBA playoffs are Monday, with the Miami Heat and Charlotte Bobcats tipping off to start the night. Let's take a look at the action.

The Heat look to become the first team to advance in the playoffs, as they go for the sweep of the Bobcats. Miami dominated Game 3 in Charlotte, winning 98-85 in a game that didn't feel even that close. LeBron James had 30 points, 10 rebounds and six assists, and some people believe he stared down Michael Jordan on a breakaway dunk. James denied he did any such thing.

Meanwhile, the Bobcats simply just don't have the horses to keep up with the two-time defending champions. Al Jefferson continues to valiantly fight through a torn plantar fascia in his left foot, and he led Charlotte with 20 points in Game 3. However, only five of those points came after the first quarter and he didn't get nearly enough help from his teammates. 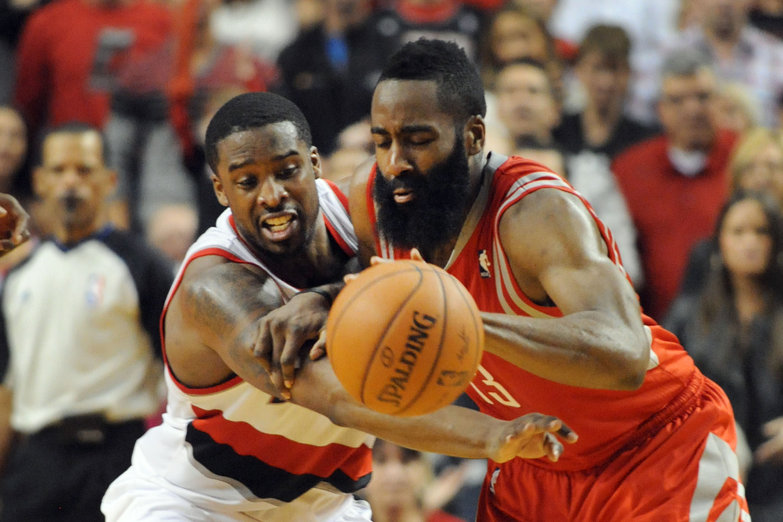 The Pacers were on the ropes late in Game 4, in danger of going down 3-1 to the eighth-seeded Hawks. Paul George and David West made sure that didn't happen, with each player knocking down clutch threes down the stretch to even the series at 2-2. George gave Atlanta a last-gasp chance with two missed free throws in the final seconds, but those misses didn't come back to bite Indiana. George finished with 24 points and 10 rebounds.

The Hawks led for a good portion of the game despite not shooting all that well. Paul Millsap had 29 points in the game, but Atlanta shot just 35.7 percent overall and didn't make enough key plays in the clutch. Despite some of the offensive struggles in the loss, the Hawks have to feel pretty good about their chances of going into Indianapolis and stealing another game. Roy Hibbert is still struggling, and if Atlanta can make a few more of its open shots, another win could be had.

After a stunning Game 3 victory, the Mavs have an opportunity to take complete control of the series at home in Game 4 against the top-seeded Spurs. Right when it looked like San Antonio was going to go up 2-1 after a Manu Ginobili bucket with 1.7 seconds left, Vince Carter played the hero instead, drilling a game-winning three at the buzzer to give the series advantage to Dallas. Monta Ellis was huge in the win, scoring a playoff career-high 29 points.

The Spurs played much better than they did in a disastrous Game 2 loss at home, but that still didn't get the job done. Tony Parker only managed two points in the second half of Game 3, and San Antonio will likely need more than that going forward if it wants to overcome the series deficit.