The NBA's new commissioner impressed in his first true test by swiftly punishing Donald Sterling to the fullest extent allowed by the league's bylaws.

Share All sharing options for: Adam Silver shines with swift and severe sanctions against Donald Sterling

There were two ways Adam Silver could go about the long overdue business of punishing Donald Sterling. The NBA commissioner could announce as big a fine as the league’s bylaws allow and a suspension of indefinite length so as to give the appearance that no one will ever see the creepy racist slumlord again.

Or, Silver could surprise us with what has been described as a nuclear option, whereby the league’s Board of Governors force Sterling out of their club posthaste. This would almost certainly invite a lawsuit from the litigious Sterling and potentially keep the league tied up in the courts for years.

Silver chose Option B, "banning" Sterling for life and recommending the league’s Board of Governors exercise their authority to force a sale of the team. Per a release from the league, the act of banning Sterling includes:

As part of the lifetime ban, Mr. Sterling may not attend any NBA games or practices, be present at any Clippers office or facility, or participate in any business or player personnel decisions involving the team. He will also be barred from attending NBA Board of Governors meetings and participating in any other league activity.

The last part, the sale of the team, may be tougher to execute. First there is the procedural matter of a three-quarters vote by the Board of Governors to force Sterling to sell his stake in the franchise, although Silver said that he fully expects to have the Board’s support. Then there is the potential for litigation. Asked if he expected a lawsuit from Sterling, the commissioner simply said, "I have no idea."

Adam Silver said he will push to force Donald Sterling to sell the Los Angeles Clippers, but what mechanism is in place to allow that to happen? It'll come down to the other 29 owners.

Silver’s reputation upon assuming control of the commissioner’s office was one of a consensus builder who preferred crafting coalitions before forcing major decisions. The league’s efforts over the past few days since the audio tape of a man alleged to be Sterling surfaced directing his mistress not to bring black people to his games began with a careful announcement of an investigation by the league. Silver said during his press conference that Sterling acknowledged that the voice on the tape was his.

Since Saturday’s revelations, there has appeared to be a coordinated effort of public pressure and economic sanctions to isolate and shame Sterling into giving up control of the Clippers. One by one the league owners condemned Sterling using words like, "reprehensible" and "abhorrent," in an effort to distance themselves from one of their business partners. On Monday, several corporate sponsors announced they were either ending or suspending their affiliations with the Clippers.

That approach is in direct contrast to his predecessor’s sarcastic bluster, but for all his tough talk, David Stern never did address the problem of having an unrepentant racist own one of the league’s 30 teams. Actions, of course, speak much louder than words and the NBA’s judgment on Tuesday revealed a new day for the league and an attempt to make a clear break from the past. 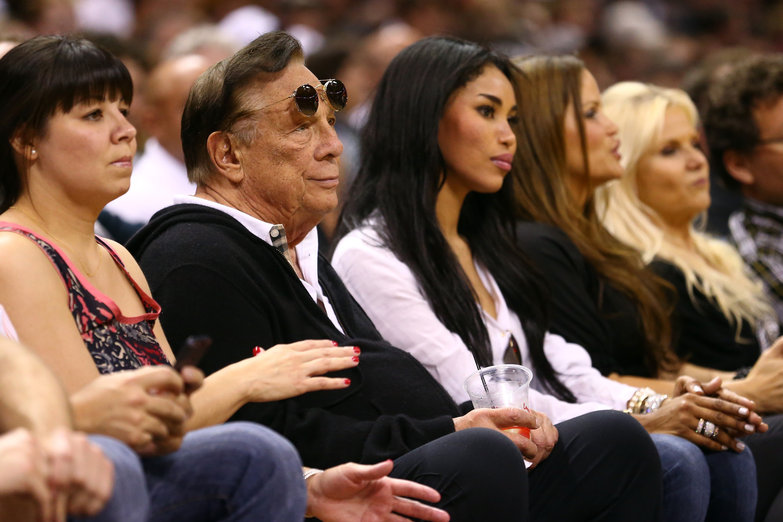 Silver was careful to distance himself and the league from Sterling’s history that has included several racial discrimination lawsuits, including an infamous federal case in 2009 that alleged Sterling engaged in discriminatory housing practices by refusing to rent apartments to blacks and Hispanics. Sterling paid $2.7 million to settle the lawsuit, more than the $2.5 million the NBA fined Sterling for his remarks, the maximum allowed under league rules.

The fine is the least of the punishment handed down by the league and the harsh sanctions were met with praise from players and their union. Throughout the turmoil, it was the players who spoke the loudest and the most forcibly on the issue, from LeBron James saying that there’s no place in the league for Sterling to protests from Clipper players and shows of solidarity from other teams.

Silver heard them, as well as the outcry from the fans and media. This was the first defining moment of Silver’s tenure and at the risk of hyperbole he not only met expectations, he surpassed them. This was not a proud day for the NBA, but it was a necessary one, and perhaps the start of a better era.