The groan-inducing NBA referee stopped the Oklahoma City Thunder forward between crucial free throws to scream at the scorer's table.

Joey Crawford loves to be the center of attention in playoff games, and Tuesday night was no different.

Kevin Durant drew free throws with 27.5 seconds left in OT against the Memphis Grizzlies with the Thunder down, 98-100. Durant put down the first free throw, and received the ball from Crawford for his second. Before Durant could take the second free throw, Crawford's whistle blew, and he began yelling at the scorer's table about an error on the stadium scoreboard.

When the dust settled, Durant took his second free throw and promptly clanged it off the rim. Memphis won the game, 100-99.

It appears that Crawford was incredibly concerned about the scoreboard showing that both teams were in the bonus. Good catch, Joe.

The explanation for what Crawford was doing is he wanted the scoreboard to reflect both teams were in the bonus.

BONUS: An artist's rendering of the scene at Chesapeake Energy Arena. 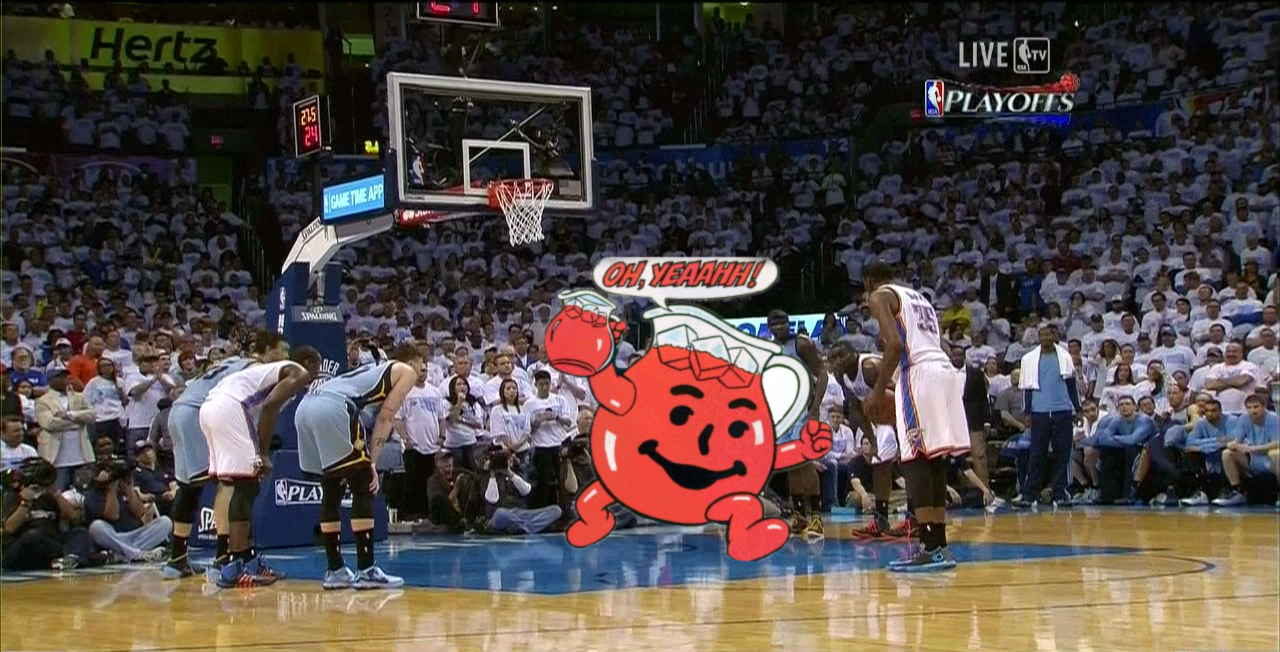