Adam Silver deserves credit for fixing this specific Donald Sterling problem, but we're not even at the starting line on the broader concern

In the wake of the quick resolution to this scandal, it has been noted that it's pretty hilarious that after all of the destructive, horrifying things Donald T. Sterling has done over the years, these creepy, racist comments brought him down. Bomani Jones makes this case most vociferously and eloquently: his girlfriend's dispute with his wife brought him down. Not the federal lawsuit for housing discrimination, which resulted in the largest such settlement ever. Instead, some chirping about being seen with Magic Johnson and Matt Kemp on Instagram.

What the NBA reacted to here was outrage. I don't mean to siphon credit from Adam Silver, who made a difficult decision and took a bold stance. His decision to harshly punish Sterling is a landmark moment in NBA history, and Silver deserves a helluva lot of respect for making the call. He will be heralded as a champion for unity, and he should be. Make no mistake about it.

You can look at it two ways. Either Silver intended to hammer Sterling as soon as the tape was released and the overwhelming outrage from fans, players, the media and the sponsors made it easier to sell to the other 29 owners. Or, Silver would have played it safe with a softer penalty if not for the overwhelming outrage. Either way, the outrage supplied the fuel for the ban hammer.

Where were the players, media, fans and sponsors back in 2006? That's when the federal government sued Sterling for unfair housing practices. Sterling's fortune comes from real estate in Southern California. The government said that Sterling refused to rent apartments to Blacks, Latinos and families with children. Where was everyone in 2003? That's when Sterling was sued for the same thing by private parties. In court, tenants said he didn't rent to Black residents because, "they smell and attract vermin." He also allegedly said, "Hispanics smoke, drink and just hang around the building."

Housing discrimination is a little wonky for the scandal-minded interest of the American public. A salacious TMZ report that mentions Magic Johnson and Instagram? That's network TV-level. Fair Housing Act violations? Maybe Melissa Harris-Perry or Chris Hayes or Rachel Maddow will cover it.

American culture is such that racism is broadly defined only by its most outrageous incidences. When we're talking about prejudice in America, we're talking about Sterling's tape or the Duck Dynasty fool or George Zimmerman. And even in these pretty freaking obvious cases, the racists and homophobes have defenders! No wonder we never get to talking about housing discrimination or, hell, the subtle racism of legal memo reviews.

We're too busy arguing the marquee examples of racism with idiots who will never ever acknowledge that racism survived the Civil Rights era and, like a wild yeast, thrives and grows just outside the sunlight. We're too busy expressing outrage at the Phil Robertsons to ever get a chance to fully discuss out in the open, say, the pervasive effects of gentrification and re-segregation on the lives of minorities.

Justice didn't prevail in the case of Donald T. Sterling. The NBA did what it had to do, and it's fantastic news that neither Chris Paul nor Doc Rivers nor anyone else in the league has to pay the scumbag one bit of attention any longer. But justice hasn't prevailed. Sterling is a billionaire who will get richer with the sale of the Clippers. Sterling never actually had to admit to the horrible crimes it is rather obvious he committed. Why?

Because everyone took his money. Because in the United States, if you're a bulldog legal fighter and you have a bankroll that doesn't end, you can get away with anything.

Sterling settling those lawsuits in 2003 and 2009 kept him safe from the wrath of ... well, basically everyone. When a reporter asked Silver on Tuesday why the NBA didn't do anything about Sterling in the wake of the housing discrimination case or the infamous Elgin Baylor discrimination case, this was the commissioner's response (emphasis mine):

He's never been suspended or fined by the league because while there have been well‑documented rumors and cases filed, he was sued and the plaintiff lost the lawsuit. That was Elgin Baylor. There was a case brought by the Department of Justice in which ultimately Donald Sterling settled and there was no finding of guilt, and those are the only cases that have been brought to our attention. When those two litigations were brought, they were followed closely by the league office.

When you have more money than God, you never have to admit guilt.

When you have more money than God, you never have to admit guilt. Sterling could settle a hundred cases with the Department of Justice and never feel it in his pocketbook. We have mandatory minimum sentences in this country for possession of weed, yet guys like Donald Sterling can pay their way out of even admitting guilt, let alone facing real penalties or serving time. And when guys like Donald Sterling pay off the prosecutors, not even the NBA can really do anything. Not until TMZ is on the case, at least.

And the worst part is that it seems like we're all about to make the same damn mistake again. Sterling's estranged wife Rochelle (who also goes by Shelly) showed up to Game 5 on Tuesday ... at the behest of Doc Rivers. After the game, Doc said this:

"It's a tough one for Shelly [Sterling], really. She didn't do anything wrong either. You have compassion for her. I kept hearing about the girlfriend. I kept thinking, 'Shelly is the wife. You know what I mean? I talked to her [Tuesday] and she has been through as much as anyone as well."

In another deposition from 2009, former on-site manager Maira Oliva described Rochelle Sterling's visiting the apartment building she worked at on South Ardmore Avenue.

Oliva: "She said, ‘Oh, my God. This is so filthy. I can't remodel my apartments the way that I want because Latinos are so filthy."

Attorney: "Did she say those exact words, ‘Latinos are so filthy'?"

Oliva: "I can't remodel my building the way I want and that the building was filthy because of the Latinos."

In a 2004 deposition in a separate case, former property supervisor Sumner Davenport said Sterling expressed her dislike for children and "certain ethnic groups" in apartments.

In another suit, Rochelle Sterling doesn't deny posing as a health inspector to illegally spy on tenants, who she then booted while allegedly making racist comments.

The league needs to get Shelly Sterling the hell away from the Clippers as fast as they got her husband gone. And we really need to address the national legal structure under which your odds of getting away with crimes free and clear is totally dependent on the size of your bank account.

Until that issue is resolved, we're destined to have more Donald T. Sterlings running our cities, reinforcing institutional racism and perpetuating the vicious cycle. Good on Adam Silver for fixing this specific problem and quieting this specific outrage. But if we have any hope of curing the underlying problem, we're nowhere close to the finish line.

Hell, we might not even be at the starting line. That's a bleak outlook, but it's honest.

Complete Coverage of the Sterling Saga 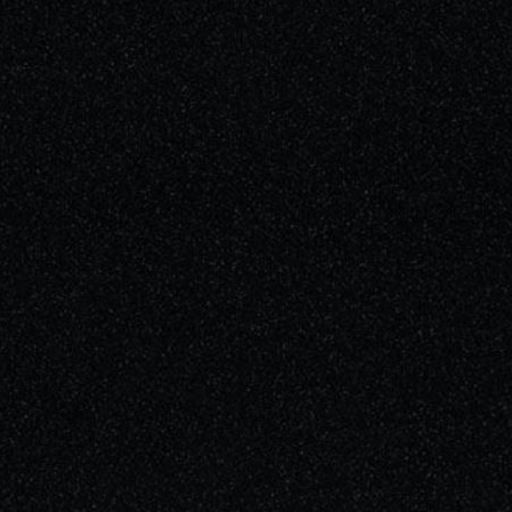 I write and publish Good Morning It's Basketball, an independent newsletter on the Substack platform.