The Australian guard didn't participate at the combine, but he was still the biggest draw. So who is he?

CHICAGO -- For an international man of mystery, Dante Exum sure is a nice kid. NBA executives who met with him said he seemed like a nice kid. Those who haven't yet have heard he is a nice kid. Even the cynical bastards of the press came away saying "gee, what a nice kid." With his sweet Australian lilt, Exum sat patiently through two days of rote questions at the draft combine and handled every query with poise and professionalism, offering up gems like:

"In Australia, I've always been the main guy there, but coming to the States I've been just another fish in the sea. It is nice to get all the attention, but I'm taking it one stride at a time and soaking up the moment."

"I'm ready for this situation and that's why I'm here. I've been away from home since I was 15 at a campus. It's kind of like college in a way. That taught me how to be a professional and how to handle myself in situations like this."

So, Dante Exum is a nice kid, which is a decent start to his pro career, but the question that remained in Chicago was, "can he play?" Scouts say he can, but no one really knows how he'll adjust to playing in the league with such a modest resumé. Like Kentucky's Julius Randle, Exum declined to go through the workouts. But at least he was here for team interviews, unlike Andrew Wiggins, Joel Embiid and Jabari Parker.

After the combine, league executives were headed to Los Angeles for private workouts featuring several of the top prospects, including Exum. He did measure at 6'6, which makes him a tall international guard of mystery, but there is some question about whether he's a point guard (he says he is) or more of a two guard (a couple of scouts didn't even think this was a question).

"I'm a point guard," Exum said. "I like to lead a team. I've been put into position on all the teams I've been (on) to lead by example, on and off the floor. I'm a player that likes to beat a man off the dribble and make the defense have to help and open up players. I think that's where I excel in my game."

Exum's rise was meteoric, but not altogether unexpected. At this time last year, he was thought of highly enough to be a major recruit. Exum had his sights set on going to college after his time was up at the Australian Institute of Sport, which has produced several NBA and Division I college players. Exum visited Indiana and had a list of four other schools: Oregon, Michigan, Kentucky and North Carolina, where his dad Cecil played in the early '80s.

Then he went to Prague for the U-19 championships. Exum carried his team to a surprising quarterfinal win over Spain and suddenly the world caught on to his talents. 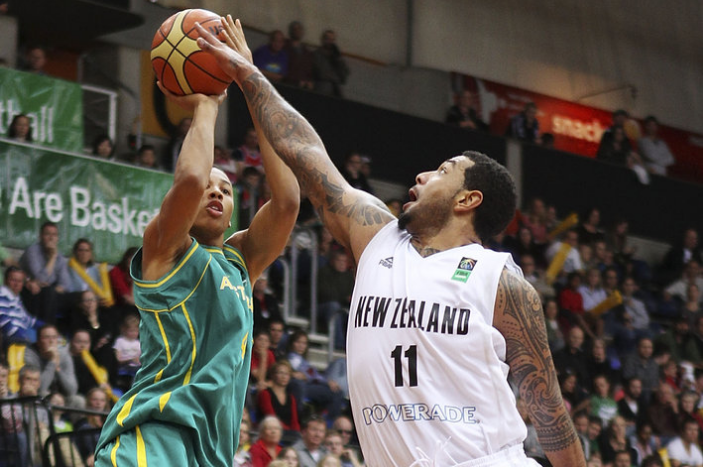 "Around this time (last year) I didn't think I could go into the NBA Draft," Exum said. "After my world championship and having coaches advise me and saying I was in the projected top five, it kind of made me realize I've got a good chance to be in a great draft class and get to my dream straight away."

In the NBA Draft process, it's better to quit while you're ahead and leave everyone wanting more. It was a canny play for Exum, who signed with agent Rob Pelinka and worked out with renowned trainer Rob McClanaghan in Los Angeles. Exum went to a handful of Laker games and the inevitable dot connecting (Pelinka is Kobe Bryant's agent) began to develop into a rumor that he would force his way to Los Angeles.

Kansas' freshman phenom was the No. 1 college prospect a year ago, and he's our No. 1 prospect in the 2014 NBA Draft despite a few warts that may limit him early in his career.

"It's a thing the media twisted what I said," Exum said. "Obviously the Lakers are a great organization. I'm in this draft to go to a place where I feel best at that is a good fit for me, whatever team that is the best place for me. There's no one team I really want to go to."

One by one the beat writers asked what he thought about Milwaukee, Orlando, Philly and Boston and Exum had a solid response for all of those as well. He said he's looking for the best fit, which didn't preclude sitting behind a veteran and learning. "There's really no bad situations," he said. "But there are better situations."

The draft lottery is on Tuesday and some of those questions will begin to sort themselves out once the order is announced. Exum is projected as a top-five pick, but with such a fluid draft board, no one can say with certainty who will go where or in what order.

Executives were all over the place on the strength of the draft, with some saying that it will be excellent, others saying it is top heavy and some calling it normal. One thing is for sure. It's much, much better than last year's weak field. It says something about the combine process that the biggest buzz was about a player who didn't play, but it's not every year that a player emerges from overseas and then disappears just as quickly.

"It is kind of fun, I guess. Nobody really knows me and everybody's trying to get to know me and see who this kid from Australia is," Exum said. "It's fun in a sense."