Aaron Gordon is ready for his next big jump

The Arizona forward continues to soar over barriers, but the leap to the NBA will be his biggest yet.

Share All sharing options for: Aaron Gordon is ready for his next big jump

CHICAGO -- Aaron Gordon had just stolen the show without ever picking up a basketball at the 2014 NBA Draft Combine, but the Arizona forward still didn't seem particularly happy about it. Gordon cleared the entire rack in the running max vertical test by jumping so high he required the apparatus be placed on platform risers.

Gordon's 39-inch jump was the third highest vertical for any big man in combine history. It didn't stop him from lamenting he knew he could do better.

The Australian guard didn't participate at the combine, but he was still the biggest draw. So who is he?

He wasn't comforted by a superhuman score in the shuttle run despite having the best mark of any player at the combine with a time of 2.76 seconds. Yes, the same player with the best lateral quickness in the draft is a 6'9 forward with a 6'11 wingspan.

Gordon knows his numbers, from the ones that prove his gravity-defying athleticism to those that highlight just how far he has to go to become a well-rounded player. If Gordon really can jump 42 inches, he'd have the dubious distinction of posting a vertical leap identical to his free throw percentage.

Everybody at the draft combine knows Gordon can jump, just like everyone knows Pistons center Andre Drummond was the only NBA player to shoot worse at the foul line this past season than Gordon did at Arizona. The team that selects Gordon in the lottery on draft night will know what's it's getting, too. All of the parts that go into making a great basketball player are here in one package, but it comes with a warning. Some assembly is very much still required. 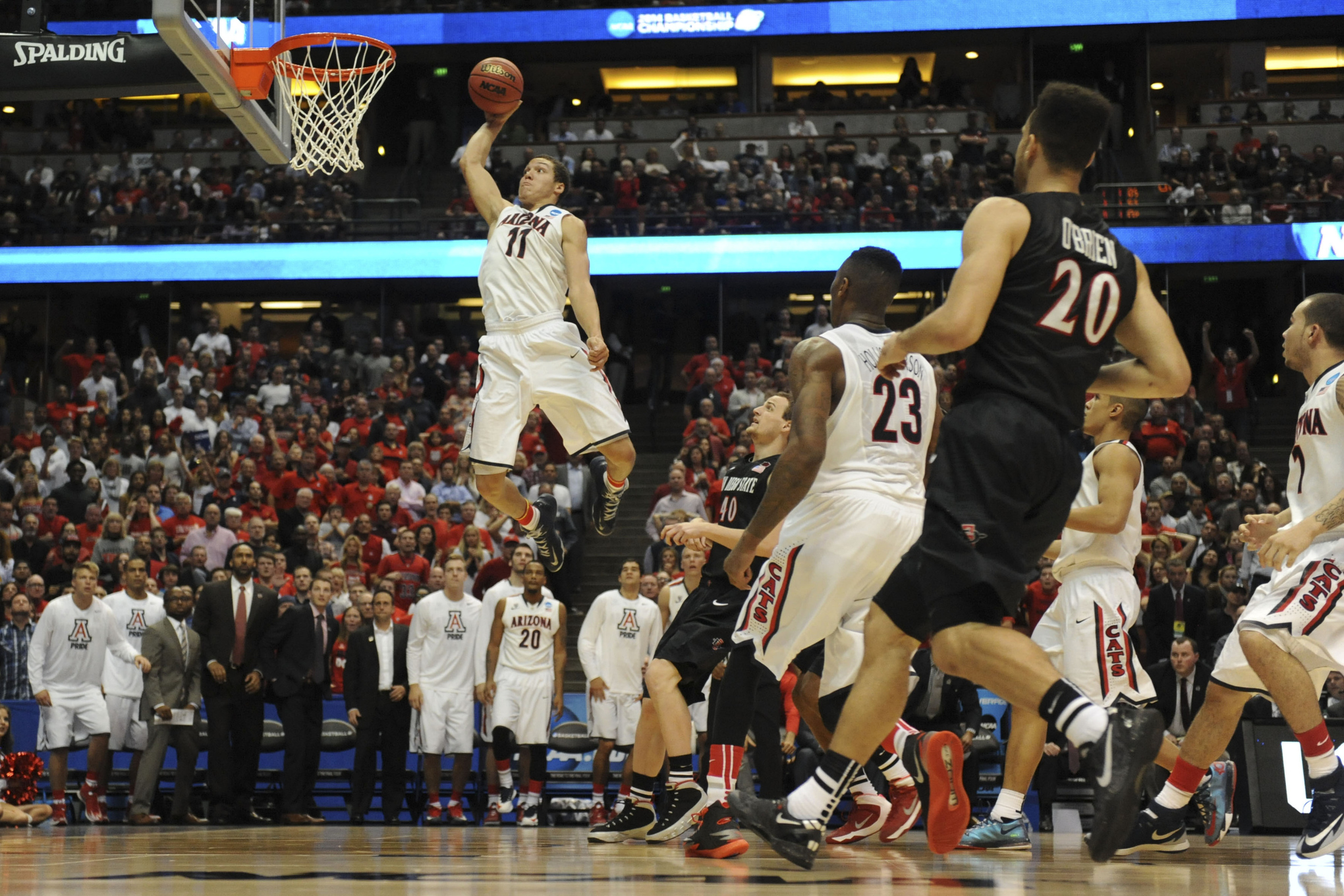 Gordon's highlight reel at Arizona includes one thunderous alley-oop at a time, with a few incredible defensive plays thrown in for good measure. There was the reverse alley-oop he threw down against Gonzaga. There was a flush against San Diego State in the NCAA Tournament that required him to reach behind his head for the ball before hammering home a one-handed alley-oop dunk. Maybe it's fitting that a player defined by his ability to finish lobs only wanted to talk about one that he threw.

"Passing to Nick Johnson in the Pac-12 Tournament," Gordon said. "I got a steal, went coast-to-coast and threw the oop to Nick."

Gordon would rather address his shortcomings than talk about his strengths. He seemed perturbed when asked about switching screens or defending the pick-and-roll in the NBA, saying only that he defended point guards through centers at Arizona and looked forward to guarding the best players in the world at the next level. Is he a small forward or a power forward? Is he more comfortable guarding the ball handler or the screen setter in the pick-and-roll? Gordon was also frustrated by the questions, if only because he's aware the tape speaks for itself.

Arizona had the No. 1 defense in the country, according to KenPom, and Gordon was arguably its best defender. He helped slow down San Diego State point guard Xavier Thames in the Sweet 16 one round after Thames scored 30 in dominating South Dakota State. He took turns on Wisconsin 7-footer Frank Kaminsky in the Elite 8. He held Duke's Jabari Parker to more shots (21) than points (19).

The pre-draft process is about poking and prodding, but Gordon doesn't appreciate being characterized as a monster athlete without tangible NBA skills. He knows he didn't become the sixth player in California state history to be named Mr. Basketball twice by accident. He knows he's a force finishing at the rim, where he shot nearly 73 percent on 177 attempts, per Hoop-Math. He's quick to note that he was raised as a point guard and believes his passing and ball handling are underrated by scouts because the Wildcats had two ball dominate guards in T.J. McConnell and Johnson.

What might be most impressive of all is that Gordon doesn't even turn 19 years old until September. He's this good and this accomplished already despite being the youngest player on the court even when he's facing his peers. He can still dominate at times even with this much room to grow.

Gordon's shooting struggles are the reason why he's unlikely to go in the top four picks come June, but his presence is part of what makes this the most highly touted drafts in recent memory. Other players might head into the NBA more fully formed, but Gordon's athleticism allows him some time for his stroke to catch up with his body. At this point, you should know better than to doubt Aaron Gordon's ability to jump over barriers.