NBA owners will be furious if Carmelo Anthony joins the Heat

If Miami does land Melo, expect a lot of angry owners and another lockout in 2017, with those same owners looking for a hard salary cap.

Share All sharing options for: NBA owners will be furious if Carmelo Anthony joins the Heat

Reports have suggested that the Miami Heat intend to make a play for Carmelo Anthony. Mike Prada explained how that's structurally possible under the league's salary rules. (Short version: the Heat have tons of potential cap space and all four stars would take heavy pay cuts.) I presented 11 thoughts on what the rumor signifies and what the move would mean.

One of those points: some NBA owners not named Micky Arison will complain loudly about the unfairness of it all.

In 2011, upon locking out players for the second time in 13 years, NBA owners pushed for a hard salary cap. They didn't get it. Ownership's major wins came in three forms: a massive reduction in player salary (roughly $10 million worth per team per season), further restriction on the maximum length of contracts and harsher luxury tax penalties intended to disincent high-revenue teams from larding up their cap sheet bolstering their roster with lots of expensive players. Those wins were enough for pretty much everyone to name ownership the dominant victor in the labor battle, even without getting their precious hard cap.

A daily column on the NBA.6/2: 11 things about the Carmelo rumor6/11: Stop giving the Spurs all the credit for Kawhi Leonard
6/10: How the lockout led to Derek Fisher being overpaid
6/9: The masters of the modern NBA offense
6/6: Of course the Spurs were ready for the heat
6/4: Stop hating the Heat for the wrong reasons

But if Miami really does add a fourth superstar to Club Heat and has success with that roster (as we assume they would), that call for a hard cap will be renewed. Vociferously.

Owners from non-glamor markets will argue that without a hard cap, a few teams can capture most of the league's stars, and that the league must protect the parity Adam Silver so values by ensuring that Miami Heats can't keep happening. And so, the owners will prime the pump in 2015 and 2016, making this case. If the union shows no sign of negotiating in additional cap hardness, the owners will "be forced to" opt out of the labor deal in 2017 and lock out players. Again.

If Miami lands Melo, owners and likely Silver himself will argue that while the achievements of the 2011 lockout were useful, they are not enough to protect the competitive balance of the NBA. This will be total malarkey, as basically every argument the owners, Silver and his predecessor David Stern made during the 2011 lockout was.

If you need a point of evidence, consider that the San Antonio Spurs have just $63 million in salary this season, $5 million over the soft cap and $8 million under the tax threshold. If there were a hard cap, it'd be above what the Spurs paid in salary for the league's best record and what looks to soon be a championship. Payroll does not determine success. Getting, developing and keeping great players does. Payroll can affect the "getting" and "keeping" parts, for sure. But the mechanisms in place seem to level the playing field in that regard rather well, with the occasional outlier like the L.A. Lakers of the recent past and the current Brooklyn Nets.

The evidence doesn't actually matter to the owners. That Melo would be leaving the New York Knicks, the biggest market in the league and the club that has paid more luxury tax than any other team, doesn't matter to this argument. If we learned anything in 2011, it's that ownership and league leadership will make their case with little regard for reality. And they'll get away with it, in all likelihood, because they have the financial power in the business relationship with players and because the NBA players union has to this point proven completely incapable of functioning effectively. 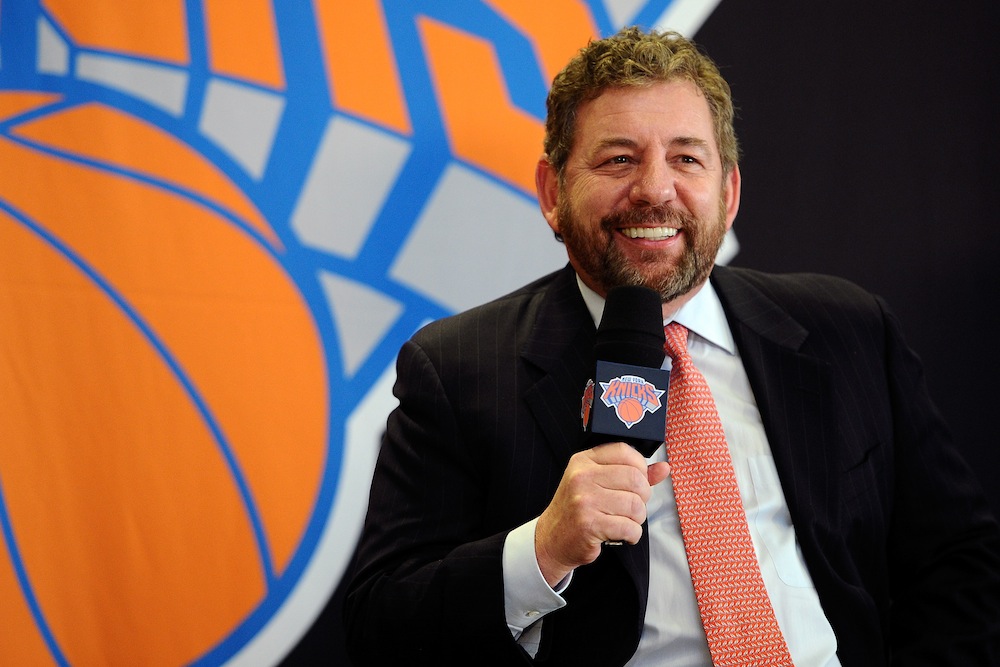 The hard cap is a Holy Grail for owners, and has been since the explosion of salaries in the 1990s. Why do owners lust for a hard cap even though they are obligated to pay a full 50 percent of league revenue to players under the current labor agreement? For that reason, NBA officials argue that a hard(er) cap isn't a money-saving ploy; it's just there to promote parity.

But that's not entirely true. A harder cap is a negotiating advantage for teams at the expense of players. A hard cap means teams can't extend incumbent players if they are too close to the cap. In some instances, that will mean that teams step lightly when it comes to signing or trading for other players so that they reserve space for their current players. In some instances, that will mean that veterans won't get big-dollar, multi-year extensions. They'll instead be pushed into a market with heavy restrictions on space.

If we learned anything in 2011, it's that ownership and league leadership will make their case with little regard for reality.

A hard cap means that teams with cap space will be fewer -- the hard cap removes tricks of high-payroll cap sheet management. If there's less space to share, teams will be able to negotiate more strongly with players. More veterans will take partially guaranteed deals or consent to team options earlier in deals. Incentive-based pay will become more common. Owners will still pay up 50 percent of league revenue, but the bulk of the league's players will see their individual negotiating power crippled. There will be greater competition for those tighter available dollars. Four-year free agent deals to veterans like Al Jefferson will become rarer.

This isn't necessarily bad for the league or even for fans. Under such a system, there would be less dead weight on NBA cap sheets. Teams would be able to rebuild and rebound more quickly, in theory. But let's not ignore that the players are absolutely right to fight it, because it would damage them seriously.

It won't be easy for the Miami Heat to go from the current Big Three to a Carmelo Anthony-enhanced Big Four. But, with some creativity and a willingness from all four stars to make it work, it could happen.

And years after the hard cap is implemented, ownership will find new reasons to further restrict player power. This is way of things, not just in the NBA or pro sports, but in all industries under the invisible hand of the free market. A powerful labor force is one of the greatest threats to capital gains. (Government oversight is the other.) No matter whether the Heat sign Melo or Shaun Livingston or John Salmons, this is the way of things. The owners have taken a lot from players in the past two decades, but they will want to take even more. As the NFL proved with its own 2011 lockout, ownership will not be satisfied even when victory is total, when any player can be cut at basically any time with a minimum of guaranteed salary.

So long as the players have any power, NBA owners and their Employee No. 1 will push to erode it. If the world's most hated superteam adds even more firepower, they'll just have a ready-made case to make to the fandom. So it goes.