We only think we know the value of a given player. We find out his real value when he's traded.

Share All sharing options for: How the Arron Afflalo trade proves that the NBA market is a black box

It's not a surprise that Orlando dealt Arron Afflalo, at least since he's been heavily involved in the rumor mill in recent days. Victor Oladipo is firmly a shooting guard, and Afflalo has value and a substantial contract. In a way, the Magic had bought low on Afflalo and would now be selling high after a near All-Star season.

It does not seem as if they ended up selling high.

The Magic sent Afflalo back to the Nuggets for third-year forward Evan Fournier and a late second-round pick. That's ... not an impressive package. Fournier has done little of note in his NBA career to date, though he has good length and can hit threes. The French national was the 20th pick in 2012, and has two years remaining on his rookie deal. The 56th pick in this draft isn't nothing, but it's not really anything of note. (How's that for soft double negatives and faint praise?)

But one imagines that Magic GM Rob Hennigan knew the market for Afflalo better than we did. Fueled by rumors, armchair analysts thought it might cost a 2014 first-round pick or a prospect or both to land the versatile, defense-first guard. That just ended up not being the case. We see Afflalo's useful game and know his strong numbers, and we expect he'd be worth much, much more than Fournier and pick No. 56. But it appears that he was not. 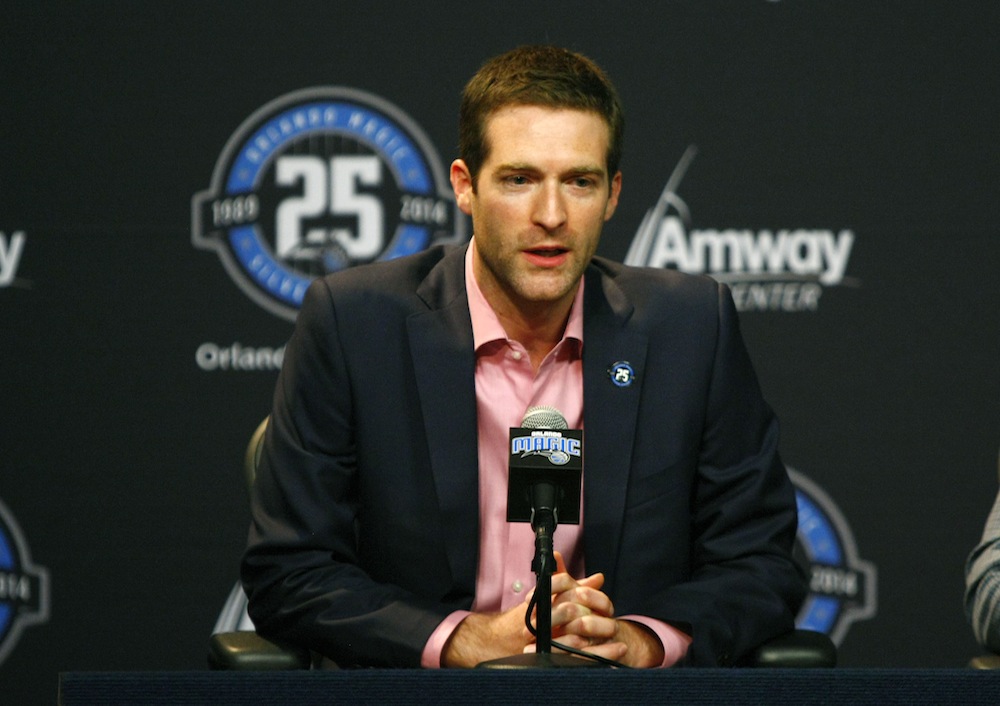 The entire NBA market is a black box, especially this time of year. Assets are only worth what can actually be had. If the Magic can't get the Bulls' No. 16 pick or something similar for Afflalo, then Afflalo's value is not a mid-first. This sounds a bit semantic, but if we lose sight of what value actually means, we fall into the trap of criticizing the failure to make moves that cannot be made.

This is one of the biggest sources of aggravation in intelligent NBA trade analysis: we're often grading moves against moves we don't know with any reasonable certainty are viable. It's fair to say that if the best return package was Fournier and No. 56, then the Magic should have kept Afflalo. I'm liable to agree with that. But it's not really fair to say that the Magic could have gotten more for Afflalo than they did. How do you know? Just because he'd appear to be worth more than that does not make it so. There needs to be someone on the other end of that bargain.

if we lose sight of what value actually means, we fall into the trap of criticizing the failure to make moves that cannot be made.

As for the biggest factor in the deal from Orlando's perspective, Evan Dunlap of Orlando Pinstriped Post notes that the Magic have new flexibility, vital in what should be a nutty draft and offseason.

Remember that Orlando is playing the long game here, and Afflalo is more apt as a contributor somewhere right now. On the surface, the cap savings, Fournier and No. 56 seem like a modest return for as good a player as Afflalo. But that's what Orlando could get that fit its plans. We overrated the demand for Afflalo and the Magic's interest in keeping him. C'est la vie.