Anthony Bennett is learning to have fun again

Last year's No. 1 pick is coming off a lost season. The journey toward recovering from that huge setback begins with a simple key.

Share All sharing options for: Anthony Bennett is learning to have fun again

LAS VEGAS -- The first minute of a summer league game generally isn't the time to celebrate gregariously, but Anthony Bennett didn't listen to that unwritten rule. Matthew Dellavedova hit him in stride trailing on the break, and Bennett put the shot up even while being instructed to move it. The shot went in, and Bennett pumped both his fists and shouted to nobody in particular, as if to say, "FINALLY."

But you could forgive Bennett for this genuine show of emotion. There wasn't much to cheer about during a rookie year generously described as a lost season. After coming in out of shape following offseason shoulder surgery and a sleep apnea diagnosis, Bennett arguably put together the single worst rookie season for a No. 1 pick. He barely played, was awful when he did and lost any confidence he could have possibly gained from being the most desired prospect in a draft class.

Searching for an identity at summer league

The former No. 2 overall pick is still trying to find himself in the NBA, and an unexpected trip to the Las Vegas Summer League is one way to do it.

Searching for an identity at summer league

"I was putting a lot of pressure on myself, and things weren't going right for me. Everything just collapsed that had been building up," he said. "I got down on myself."

The summer league provides a fresh start, a cliche that nevertheless is apt. And Bennett showed up a completely new person for the occasion, shedding 16 pounds of baby fat and turning it into lean muscle. He's in shape, which was the cause of so many of his rookie problems.

As such, he's flying all over the court. Blatt didn't really care that Bennett scored, but he was impressed with his 14 rebounds against the Spurs. Bennett is supposed to be a force on the boards, but the display was nevertheless impressive.

"AB has been good since day one that I came. He worked hard to get himself in shape, really, really tried to do a lot of different things on the court to help the team win," Blatt said. "Now he's not under pressure to play well just to stay on the floor."

It helps, of course, that Bennett is back in his old stomping grounds, where he had so much success. Several UNLV associates -- professors, coaches, his high school principal, friends -- were in attendance at the COX Pavilion. Several even shouted, "I LOVE YOU ANTHONY," which he hadn't heard since college. 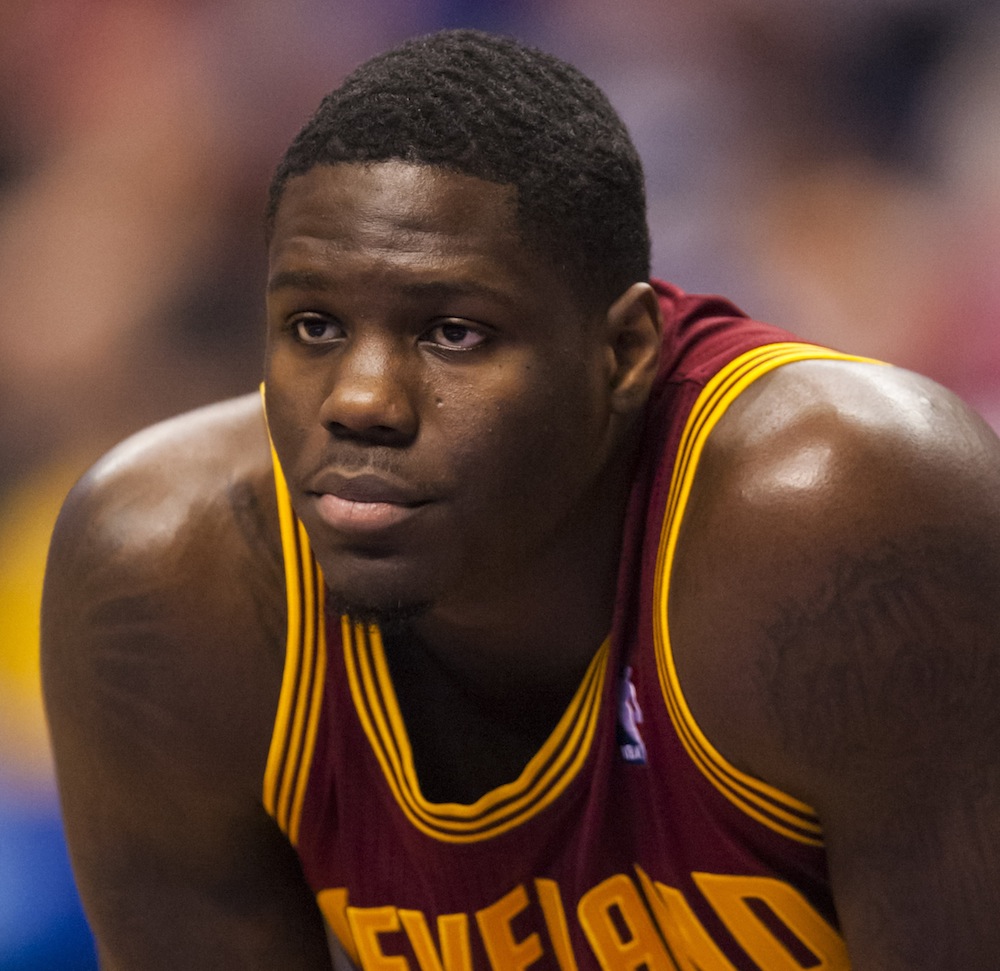 This was the warm-up lap Bennett missed last year because of injury. Instead, he fell behind and never caught up.

Comfort has led to increased confidence, which then leads to those genuine displays of emotion. Bennett isn't only celebrating his own success; he's relishing in everyone else's. He's the one leaping off the bench to greet his teammates first after the third quarter. He's the one instructing fellow No. 1 pick Andrew Wiggins after a blown entry pass. He's the one huddling teammates and delivering on-court instructions.

"It's very important that he feels comfortable and he tries not to hurry," Blatt said. "As long as he lets the game come to him, as long as he makes good decisions, he's in a good place like today."

Blatt said Bennett "can be a big part of what we want to be," but that's coachspeak. The reality is far more complex.

Bennett's future is far from certain. He's caught between forward positions, having to fight for minutes behind Tristan Thompson, Wiggins and -- oh yeah -- the best player in the world. With LeBron James now there, the Cavaliers may not have the patience needed to develop Bennett slowly like he should be. A potential trade for Kevin Love, whether the package includes Bennett or not, will only complicate matters. Blatt said Bennett "can be a big part of what we want to be," but that's coachspeak. The reality is far more complex.

Those are problems to tackle another day. For now, Bennett needs to actually start the long journey that should have begun last year. Doing that means sticking to one key.

"Last year, it was just kind of a setback for me, but I'm just trying to put that in the past," Bennett said before delivering the punch line. "I'm trying to have fun."