Derrick Williams keeps searching for an identity at summer league

The former No. 2 overall pick is still trying to find himself in the NBA, and an unexpected trip to the Las Vegas Summer League is one way to do it.

Share All sharing options for: Derrick Williams keeps searching for an identity at summer league

LAS VEGAS -- Bodies on the floor. Talent giving way to hustle. Fringe prospects looking to impress someone. Wading through minutes of bad basketball for a flash of something special. That's what you usually associate with the Las Vegas Summer League.

And then there's Derrick Williams.

"Sometimes in the summer, you get a little bored, man," Williams told SB Nation. "Why not come to Vegas and play with some of the guys that are on the normal team with us?"

Former No. 1 pick learns to have fun again

ast year's No. 1 pick is coming off a lost season. The journey toward recovering from that huge setback begins with a simple key.

Former No. 1 pick learns to have fun again

Most players here do fit into the generic summer league mold, so it's rare to see a player suiting up who has 5,000 career minutes and is still under contract. But for the 23-year-old Williams, it was his decision to join some of his younger Kings teammates in Las Vegas.

"In the offseason, it can kind of get repetitive," Williams said. "I wanted to come out here and get some run in. Get some competition. Get myself in shape, and that's what I'm using it for. I'm not really out here for the points column or anything like that."

Still, this can't have been where anyone expected Williams to be three years ago, when many people thought he might go first overall in the 2011 NBA Draft. He ended up in Minnesota as the No. 2 draft pick behind Kyrie Irving, who just signed a contract extension worth about $90 million.

In contrast, Williams is on his second team and still searching for a role he can play. He never really fit with the Timberwolves, who weren't quite sure which forward position to play him at. It met a breaking point at the start of the 2013 season, when then head coach Rick Adelman left him out of the rotation. All it took for the Sacramento Kings to acquire him in November was Luc Mbah a Moute.

The talent he exhibited in college shined through a little more often on the Kings last year, but he was still inconsistent. When you look around Vegas, it shows. He's the only 2011 lottery pick playing in this year's Las Vegas Summer League, and one of only four first round selections. 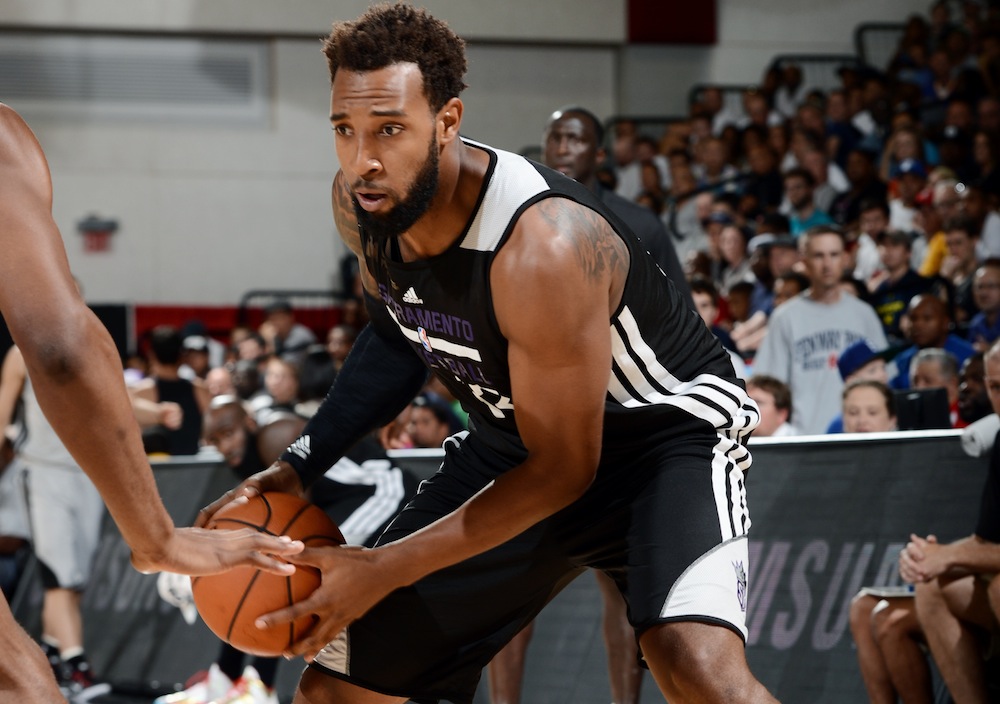 In Sunday's game against the Charlotte Hornets, Williams' stats impressed no one. He scored just eight points on 2-of-8 shooting and had only two rebounds as the team's starting center. But Williams said it himself: he's not here for the stats.

His on-court mannerisms looked much closer to a player playing pick-up at a local YMCA. He often was slow running up and down, and all of his eight attempts were jump shots. In the post, his go-to move was a fadeaway jumper. On one trip down on defense in the third quarter, he made an unnecessary switch on a high pick-and-roll so he didn't have to fight through the screen.

In Williams' defense, summer league games are essentially pick-up basketball in many ways. But for the dozens of undrafted free agents and NBA journeymen, they are treated as job interviews for the countless scouts and executives watching.

"I wanted to come out here and get some run in. Get some competition. Get myself in shape, and that's what I'm using it for."

Williams doesn't see it that way anymore. He's past impressing people with flashes of talent -- that's why he was the No. 2 pick. His challenge now is to be to put it all together in a way he has yet to demonstrate, and that's what makes his appearance here in Vegas so unusual. At least, in his first offseason with Sacramento, he's staying close to the team.

"Look around, see how many veteran guys are in summer league with experience. There's not a lot of guys who make the commitment to do that," Sacramento lead assistant coach Tyrone Corbin said. "They may come and work out with the team, but they're not playing in games."

DeMarcus Cousins and Rudy Gay are two Kings who did just that, coming to Vegas and supporting the squad from the bench. In another life, Williams might be sitting right there with them after becoming the star so many thought he might become out of college.

Instead, he's just another guy in Vegas, still trying to find his way.