The talented shooting guard turned down a more secure deal from the Indiana Pacers in order to move on.

Insulted by what he felt was a low-ball offer from Indiana, Lance Stephenson is no longer a Pacer, according to the Raleigh News-Observer. The controversial guard will sign with the Charlotte Hornets on a three-year deal worth roughly $27 million, the last year being a team option.

The Charlotte Hornets will sign Lance Stephenson to a 3-year contract, the last season a team option, the Observer has learned.

Stephenson decided to look around after he felt disrespected by the Pacers' offer, which was for five years and $44 million. The Hornets deal only offers $200,000 more per year ($9 million to $8.8 million), and it has less security and less guaranteed money. Perhaps Stephenson was thinking he could get a new, bigger contract sooner with potentially more lenient salary cap rules under the new collective bargaining agreement. Still, it's a risk.

The addition of Stephenson gives the Hornets some desperately-needed shooting and he joins a talented young roster that includes Kemba Walker, Michael Kidd-Gilchrist and Al Jefferson.

As a added bonus with this deal, Stephenson's new form should give him an even better way to annoy Lebron James. 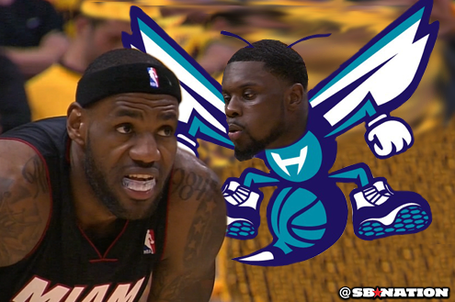