Kobe Bryant is why the Lakers will have another bad season

In the new NBA, with tougher caps on payroll and wider contract parity, Kobe's massive contract is too much for L.A. to overcome.

Share All sharing options for: Kobe Bryant is why the Lakers will have another bad season

Just two weeks ago, the Los Angeles Lakers were taking meetings with LeBron James and Carmelo Anthony. On Thursday, the Lakers put the apparent coup de grace on their magical offseason, winning the Carlos Boozer amnesty auction for just over $3 million.

A daily column on the NBA.7/8: How the Spurs can overpay role players7/7: LeBron has a Dwyane Wade problem7/6: The Lakers might be Melo's best option7/4: This year's LeBron derby has 1 key difference7/1: Why a Rondo-Thomas swap makes sense6/30: How the Suns can rise to NBA glory6/30: NBA teams should be able to trade everything

Somehow, with that roster, the Lakers are capped out!

The Lakers, who will make something like $150 million in local TV revenue alone this year, won't approach the $77 million luxury tax line, which provides a necessary break to avoid a future tussle with the repeater tax. (The repeater tax pumps up luxury tax penalties for teams that habitually exceed the threshold. You have to go under the tax line once every four seasons to avoid it. The Lakers have been well over the line in recent years.)

Despite paying the tax and winning just 27 games last season, the Lakers reportedly made at least $100 million in profit. Financially, the Lakers can survive disasters like the 2014 offseason. Their incredible deal with Time Warner Cable runs another 18 years. The Lakers also have one of the league's sweetest arena leases, and their laundry moves regardless of the number in the wins ledger. 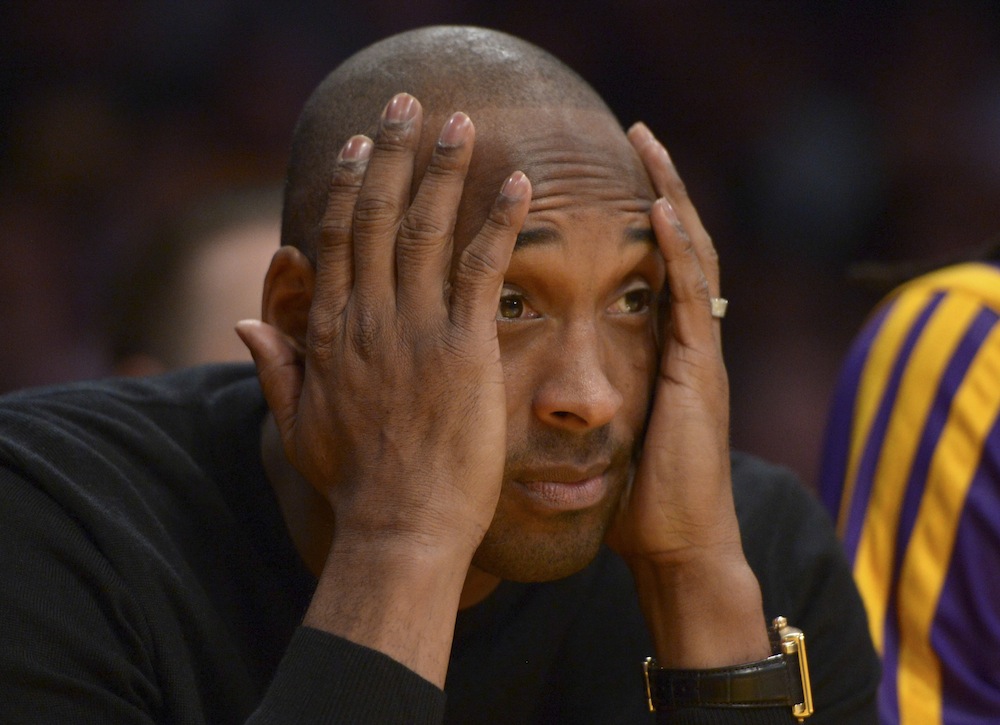 As I wrote earlier in July, the Lakers never stay down for long. But even one more year of mediocrity and one more horrible offseason could be too long to save the end of Kobe's Lakers career. This is quite a race to watch: the stopwatch on the revival of the Lakers vs. the hourglass of Kobe's career as a star. And the bigger concern for all involved, including fans, is that the two issues are intertwined, that at his incredible price tag in the new, more heavily capped NBA, Kobe is actually a reason the Lakers are so unable to bounce back quickly.

This is quite a race to watch: the stopwatch on the revival of the Lakers vs. the hourglass of Kobe's career as a star.

Kobe's really smart, and understands the NBA financial system better than some general managers. He almost assuredly understands that his own paycheck (regardless of production) has left Mitch Kupchak hamstrung in the summer market. He's enough of a confidence monster that he probably believes he can live up to his salary. He's demanding enough that he probably expects Kupchak and the Buss family to get him a playoff roster regardless. Kobe is the league's most complicated and complicating star, and this situation is Exhibit A as to why.

Perhaps the Boozer auction is the ringing blow on the anvil that enlightens everyone down in Lakerland to this reality: In the new NBA, the Lakers cannot rise again until Kobe's anchor-like contract is cast off. If so? Well, this is going to be fun.