What Jabari Parker can learn from Metta World Peace

The Bucks rookie is a hybrid forward with a wide frame and lots of strength. One of Metta World Peace's workout coaches explains why Parker should study the former Pacers star's game.

Share All sharing options for: What Jabari Parker can learn from Metta World Peace

LAS VEGAS -- When most fans think of a big body with a natural set of perimeter skills, they flash back in time to Charles Barkley or maybe stay current with LeBron James. These players have the size and skill that would be ideal for an NFL tight end, at least if they were interested in lifelong brain damage.

I, on the other hand, immediately think of Metta World Peace, aka Ron Artest. There are many reasons for this, but the most important one is that I had the opportunity to work out the then-Laker for most of the summer in 2012. Metta was a cut 260 pounds on his 6'7 frame, and although he often looked awkward, he possessed an outstanding set of perimeter offensive tools.

Dante Exum is figuring things out

The Australian guard has been turning heads at summer league with his freakish athletic ability, but he has work to do to compete every night in the NBA.

How to turn Wiggins into a star

The 19-year-old forward has immense talent, but there are some obvious holes in his game.

With this year's draft and throughout summer league, most eyes have turned to Jabari Parker as the next big-bodied player with the goose-down soft hands and a perimeter game that will create matchup headaches for coaching staffs across the league. So, for the second time in a week, I'm going to let an NBA team know how I would work out its new prized rookie.

Once again, I don't mean to be presumptuous and I'm not trying to second-guess Jason Kidd or any of the just-hired Bucks assistant coaches. I simply have a little advice on what basketball skills to work on with young Mr. Parker based on my time spent with The Artist Formerly Known as Ron Artest. They're the same size, possess similar skills (though Parker's game looks a lot smoother) and have many of the same areas of potential improvement.

Here in Vegas, Parker has done a nice job of facilitating the Milwaukee offense through the pinch post or elbow area. The Bucks have primarily placed Jabari at the left elbow, where he seems more comfortable putting the ball on the floor, squaring up and shooting. In talking with Bucks coaches, this might be a look or action that carries over to the regular season.

While Jabari does a nice job on the catch at the elbow, his footwork once he gets the ball needs to improve. Much like with World Peace, I'll focus on doing footwork-related drills early in our workout, both to establish a rhythm and create quick early movements that require the player to think on his feet ... and about his feet.

We'll start with straight-line cuts up the lane into the elbow area, stressing a clean catch and landing on two feet, followed by a "reverse" pivot on Jabari's "inside" foot. A "reverse" pivot is when you turn away from the defender, creating separation while also setting up to attack the middle of the defense. An "inside" pivot is where you turn into a defender and the foot closest to the baseline becomes your pivot foot. At the left elbow, Jabari's left foot would be his pivot foot. Thus, we'd do a series of "inside" pivots followed by different kinds of jab steps -- standard jab step, jab and go, jab and jumper, jab and crossover, jab and crossover into a step-back jumper, etc.

Then, we're going to work the other side of the floor. You have to be able to use both feet for pivoting and be able to go both ways off the dribble and also into your pull-up jumper. You need to be ambifooterous. (I just made that word up.)

Following our work out of the high post areas, we'll move the catch point out to the wing. Jabari will still cut up the lane and then execute an "L" cut, and we'll also run him out of the corner up to the wing in what's known as "Pistols" or "21" action. (Study what the other wing player is doing in this video to see this in action.) We'll work on the same footwork, but now the repetitions are designed to simulate Parker playing on the wing, a spot from which he'll have to attack using his ballhandling skills. I would stress the importance of pushing his first dribble forward and beating his man with a lower dribble, allowing him to gather for either a jumper or a shot at the rim.

Eventually, we'd move these footwork-oriented drills into the low post as well. Parker needs to work on this part of his game to punish teams that try to guard him with smaller defenders. Work that block, young man. Work it. 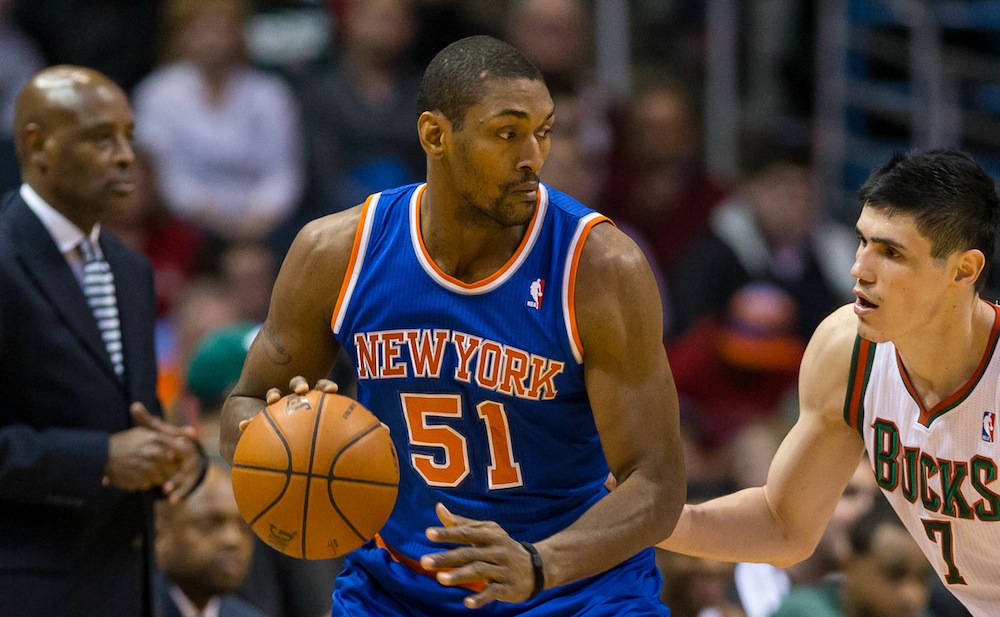 While Parker has a pretty good jumper, there are a couple of technical things I'd want to clean up in his technique. First, he often shoots with the ball coming off of his palm. This can cause inconsistency in the way the ball rotates off his hand, as well as his follow-through. Before we got into any shooting repetition, we'd need to clean this little shooting peculiarity up pronto.

Parker also needs to pay particular attention to his finger spacing on the ball once he gets it off his palm and onto his finger pads. He seems to bunch his hands and fingers at times rather than spreading them out evenly across the ball.  This also affects his follow-through, as he keeps his fingers tight as he snaps the ball at his release point. Both of these George Costanza finger model defects will have to be corrected to make Parker's shot as consistent as possible.

The last area of concern for me on Parker's jump shot is his balance. Not his balance down low or on the jump, but his balance up high. Parker has a bad habit of slightly tilting his head back as he shoots. This little move with the heaviest individual part of the body, according to the kid in Jerry Maguire, throws his body out of kilter. Parker literally needs to get his head straight.

One of the reasons Parker's shooting will become so important is that the Bucks eventually want him to be an intimidating threat from the corner 3 spot. You think an open lane might make a driving Giannis Antetokounmpo or a board-crashing LARRY SANDERS happy? I do.

The truest test of a player's ballhandling is to play against little dudes who can steal it in a flash.

After our workout quickly progresses through footwork, ballhandling, shooting drills and game simulations, I would save some time toward the end to bring much smaller, quicker players into the mix. It helped Metta World Peace considerably to play one-on-one against this group, so I think it'd also greatly benefit Parker. It forces him to become stronger off the dribble while also learning how to exploit and shoot over smaller opponents. The truest test of a player's ballhandling is to play against little dudes who can steal it in a flash.

I haven't talked much about Parker's defense, which was a problem in college. Although he is vocal and obviously trying to exhibit defensive leadership here in Las Vegas, he has been slow in transition, with closeouts and in pick-and-roll show situations. Because he'll so often have unique matchups, we must find time to work on his individual defense against shooting guards through power forwards. Much like with Andrew Wiggins, we'll combine some defensive actions into our shooting drills. Hopefully, this'll have Parker ready to read and react defensively at practice and in games. Plus, there will be a ton of individual video work to solidify our defensive progress from group and individual workouts.

Jabari Parker's big body, soft hands and plentiful basket of perimeter skills can make him into an elite player. While Parker's game is much more aesthetically pleasing already, I'd advise him to watch a little bit of old Ron Artest putting up offensive numbers on YouTube. That would be a great starting point to improve on his unique combination of brute power and guard skills.

Great job today, Jabari. Thanks for coming to Vancouver. Ironically, you're the second lottery pick I've had working out here in a week. We'll go even harder tomorrow, making you think quicker and react better. Simple: good footwork, better ballhandling and a more refined jumper means you're going to destroy guards and wings while being able to blow by any big man the opposition dares to put on you. Sounds good, huh?