NBA should stop Thunder from denying rookie his full pay

The Thunder may have found a loophole that allows them to strong-arm their first-round pick into accepting a D-League salary for one year. The NBA can't allow that to happen.

Share All sharing options for: NBA should stop Thunder from denying rookie his full pay

Sam Presti must be a genius, because he's apparently on the verge of convincing a Stanford graduate to give up $750,000 today for the promise of $750,000 later.

The Oklahoman's Darnell Mayberry detailed the Thunder's clever plans for No. 29 pick Josh Huestis, a 22-year-old Cardinal product who top prognosticators had going in the second round at best, not the late first. The Thunder have a packed roster and a full salary cap sheet, so Huestis isn't really needed in the immediate term. Presti, according to Mayberry, plans to convince Huestis to hold off on signing his $750,000 guaranteed contract for the 2014-15 season and instead sign a contract around $25,000 to join the NBA D-League for a year. Huestis would then sign his Thunder deal a year from now or maybe two, at which point the standard guaranteed rookie contract would begin.

This is lunacy. Huestis will likely play for OKC's D-League affiliate in Tulsa regardless of whether he signs the Thunder deal (again, worth about $750,000) or the D-League contract (again, worth about $25,000). The only reason for Huestis to take Presti's bait is to help the Thunder. And while I trust Huestis is a good team player, I would doubt that he's conceding a six-figure payday for something closer to the American minimum wage just to assist a team with a $70-million payroll (The NBA isn't commenting on Mayberry's report, and attempts to reach Huestis' agent to clarify the potential arrangement were unsuccessful).

A daily column on the NBA.7/21: Daryl Morey can't live up to his own hype7/18: Kobe is why the Lakers will stink again7/8: How the Spurs can overpay role players7/7: LeBron has a Dwyane Wade problem7/6: The Lakers might be Melo's best option7/4: This year's LeBron derby has 1 key difference7/1: Why a Rondo-Thomas swap makes sense

What's more likely is what Dan Feldman discusses at Pro Basketball Talk, that this is the result of a pre-draft deal in which the Thunder agreed to take Huestis in the first round (something no other team was going to do) so long as he agrees to spend a year or more playing at D-League wages to help the Thunder out (something no actual first-round pick was going to do). As Feldman notes, this almost assuredly breaks the spirit of the NBA's draft rules, if not the letter.

If true, Huestis does get something in the deal: a guarantee of being an NBA player and signing an NBA contract ... someday. All he has to do is play for basically nothing for one year, something he has experience with thanks to the NCAA.

But all this is a violation of the players' union he'll join when he does sign that contract and it's an affront to other prospects who got bumped to the second round by the apparent deal. What Huestis really does is either let the Thunder flout roster size rules or allow team owner Clay Bennett to avoid paying the luxury tax. If more teams and prospects use this method to get around the salary cap, it lets owners get away with keeping D-League wages dirt cheap. There's no reason D-League players shouldn't make a living wage. The NBA is a $4 billion enterprise. There are a couple hundred D-League players who don't have NBA contracts any given year. It's not going to kill the owners to sprinkle some more dough on them. 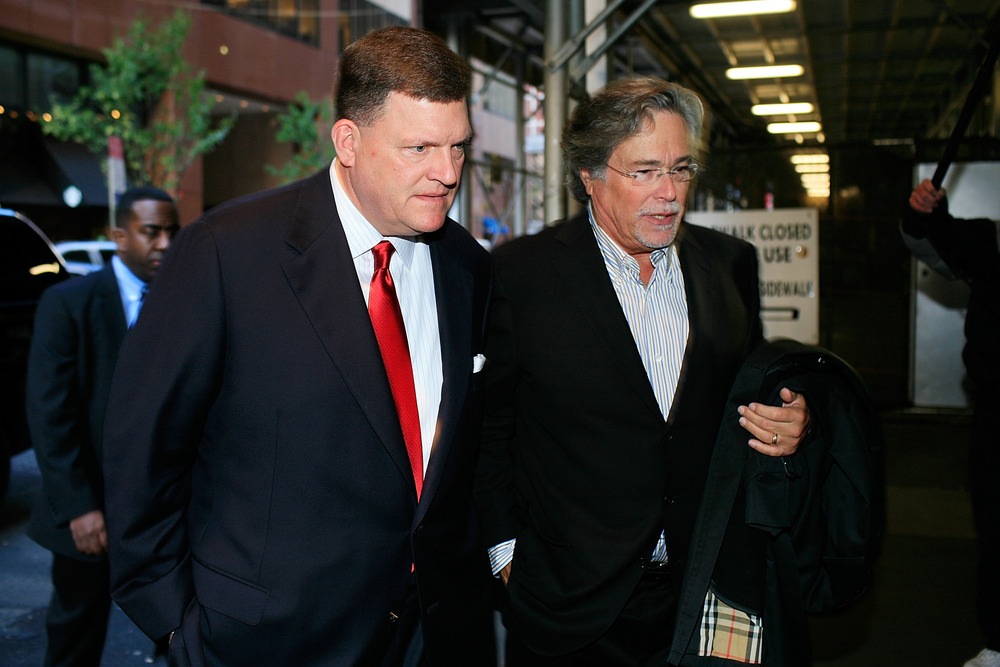 You may ask how this is different than international "Eurostash" players discussed in my draft primer. Those draft-and-stash players are usually second-round picks, which means there's no guaranteed NBA contract regardless. The ones who go in the first round but stay overseas are absolutely making much more than $25,000. Dario Saric, the No. 12 pick in the 2014 draft, signed a deal playing him around $3 million a year to stay in Turkey for a couple of years. If OKC wanted Huestis to spend one or two years in Europe before signing his NBA contract, he'd certainly make much, much more than he would in the D-League.

If more teams and prospects use this method to get around the salary cap, it lets owners get away with keeping D-League wages dirt cheap.

In Mayberry's telling, what the Thunder are doing is innovative and smart. When you look at it from the workers' perspective, it's typical management flouting of established labor norms for the profit of the elite. It's not worth celebrating. It's worth rejecting.

There is a long-term fix for the core issue here. The NBA could add an optional 16th roster spot for NBA teams which can only be filled by first- or second-year players signed to NBA contracts who play exclusively for the franchise's D-League affiliate for the entire season. As a condition, the player makes standard NBA wages, but his salary does not count against the team's cap sheet, so no luxury tax is paid on it. This would let teams like the Thunder pay their draft picks and develop them in the D-League without costing the players money. Meanwhile, it'd let teams like the Thunder avoid tax bills for developing players and fix the roster size issue.

But until that fix is in place, the NBA should make clear the Thunder's plans are not OK. The Thunder should pay Huestis what No. 29 picks are supposed to make, and they should do it now. Not later.