The Rockets' star guard was trying to project optimism after a difficult Rockets summer, but he instead came across as if he's putting down his remaining teammates.

The Houston Rockets have been adamant that the loss of Chandler Parsons to the rival Mavericks won't hurt their team much. Daryl Morey suggested Parsons' new deal is one of the most "untradeable structures" he's ever seen. Dwight Howard went one step further, saying the Rockets "won't miss" Parsons.

And then James Harden went ahead and said this to a Philippine reporter after a charity event: 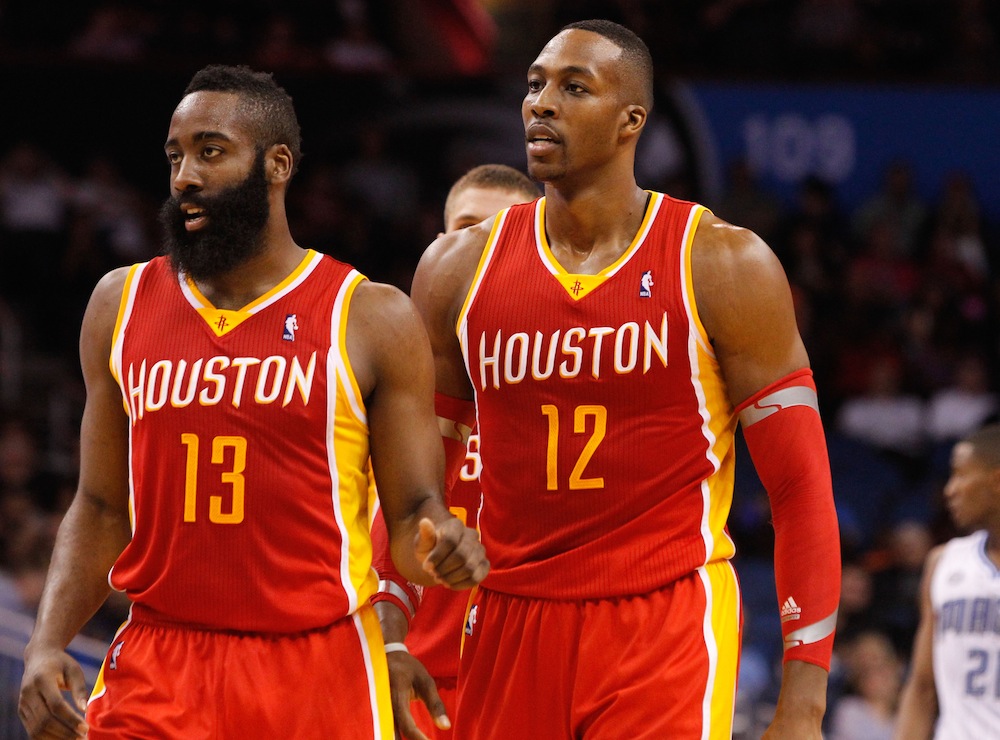 "Dwight (Howard) and I are the cornerstones of the Rockets," said Harden. "The rest of the guys are role players or pieces that complete our team. We've lost some pieces and added some pieces. I think we'll be fine next season."

On the one hand, Harden's not wrong. The Rockets do orbit around him and Howard and should be OK with Trevor Ariza, Patrick Beverley, Terrence Jones and whatever other gems Morey uncovers. It's also impossible to know the tone of the conversation or whether he was quoted out of context in any way.

On the other hand, the words when presented this way, don't help the growing perception that Houston treats its players like fungible assets instead of human beings. Without knowing it (or maybe he does know) Harden is separating himself and Howard into a higher class and his teammates into a lower one. It certainly can't make Beverley, Jones and the other Rockets feel good about their abilities. It certainly doesn't lessen Parsons' motivation to prove Houston wrong, which was already at a very high level. In fact, Parsons wasn't thrilled with Harden's comments, as he told Jay Mohr.

Parsons on Harden: "It's a pretty ridiculous statement, if he meant that. I'm excited to go to DAL. I'm ready for next step, a bigger role."

Parsons: "If anybody should understand it's James, since he was in same situation in OKC then he got the chance to come to HOU and shine."

Think before you speak.

Harden would be wise to choose his words a little more carefully. You can tell that he doesn't mean to demean his teammates by calling them "role players," but it comes across as if he is.