3 bad NBA teams that got even worse

Usually, bad teams improve by virtue of being in the lottery. Not these three franchises.

Share All sharing options for: 3 bad NBA teams that got even worse

Such is the cycle of the NBA: bad teams usually get better over time, while good teams tend to peak and fall off. (The Spurs need not apply.) This isn't always the case, though. While it's rather obvious which good teams suffered blows in the offseason — the Heat, Pacers and Rockets — there also happen to be three lottery teams that look to be no better off heading into 2014-15.

Let's run through them.

A daily column on the NBA.7/25: Harden is right about Parsons7/23: The NBA must stop the Thunder7/21: Daryl Morey can't live up to his own hype7/18: Kobe is why the Lakers will stink again7/8: How the Spurs can overpay role players7/7: LeBron has a Dwyane Wade problem7/6: The Lakers might be Melo's best option

The Magic appear to have had a nice draft haul, picking up Aaron Gordon and Elfrid Payton. But Orlando also dropped its best player (Arron Afflalo) for Evan Fournier, which is a steep downgrade barring a massive jump by the Frenchman. The Magic also said goodbye to Jameer Nelson. Together, Afflalo and Nelson accounted for 67 minutes, 30 points, 10 assists and seven rebounds per game. Payton projects to be really interesting at the very least, but rookie point guards tend to struggle and his shooting needs special attention. Victor Oladipo can pick up more minutes, and he should improve as a sophomore, but he's unlikely to be as good as Afflalo was in 2013-14 (which was really quite good).

Meanwhile, Gordon and Nikola Vucevic figure to impose on a number of opponents, but the rookie has a learning curve of his own. The Magic did add Channing Frye, which is a real upgrade as a shooting big and should help offset the loss of Afflalo. But the other free agent additions — Ben Gordon and Luke Ridnour — aren't exactly pieces needed for a playoff run. (Gordon got ditched by a playoff team, the then-Bobcats, in the middle of last season.)

The Lakers picked up a really good prospect in Julius Randle at No. 7, but then lost Pau Gasol while adding Carlos Boozer and Ed Davis. Davis at $2 million was a nice bargain bid, but the reality is that Davis was available so cheaply because he showed so little in Memphis after arriving via the Rudy Gay trade. He didn't even play 1,000 minutes last season!

L.A.'s frontcourt went from Pau-Jordan Hill-Ryan Kelly-Robert Sacre-Chris Kaman to Boozer-Hill-Randle-Davis-Kelly. That's certainly a deeper pool of talent, but Gasol (even at his age) is so much better than anyone in the Lakers' current frontcourt than it renders it all irrelevant.

L.A. made an atypical hire in the context of this offseason. While it was a smart move, the Lakers have overwhelming problems that Scott can't fix.

Kobe is why the Lakers will stink again

In the new NBA, with tougher caps on payroll and wider contract parity, Kobe's massive contract is too much for L.A. to overcome.

Kobe Bryant should play a whole lot more than six games, which is a big boost for the Lakers. But L.A. also happened to lose quite a bit in its backcourt. Jodie Meeks, the team's No. 3 scorer and second-best three-point shooter, bailed out. Jordan Farmar, the club's best point guard and best three-point shooter, joined the rival Clippers. Kendall Marshall, the team's second-best point guard, got waived and claimed before the Lakers could re-sign him.

The replacement at the point, assuming Steve Nash can't play: Jeremy Lin, who is probably Farmar's equal. Maybe. The only other point guard on the roster is rookie second-rounder Jordan Clarkson. We're likely faced with Nick Young (who had the best season of his career in 2013-14) and Wesley Johnson splitting small forward duties, and as such we're probably looking at one of the three worst defenses in the league. It's worth noting here, per NBA.com's John Schuhmann, that Byron Scott is the first coach ever to have his defense finish in the league's bottom five three consecutive seasons. The Lakers were No. 28 in defense last season, and on paper got worse.

So even with Kobe's return and a nice lottery pick, the Lakers look worse than at this time last year. I wouldn't necessarily put money on them to win fewer than 27 games, but I certainly wouldn't bet on them beating that either.

This is a pretty straightforward case to make. The Kings lost Isaiah Thomas, the 28-win team's second-best player. The only free agent of note Sacramento has added is Darren Collison, who comes in as the favorite for opening day starter at point guard even though he was eventually benched for a 72-year-old Mike James the last time he was a starting point guard at the beginning of the season. That's not good.

The Kings grabbed Nik Stauskas and appear to be bringing in Omri Casspi to help with the shooting. But spoiler alert: rookies usually don't shoot so well and Casspi remains a mixed-bag, fringe NBA player. Meanwhile, there's been nothing done to help the Kings' mediocre defense. That unit did improve as the season moved along, but there are some obvious personnel holes preventing a leap on that end and no solutions get acquired.

The good news is that GM Pete D'Alessandro is really active, and there are no albatross contracts on the cap sheet. (Rudy Gay's mammoth deal expires in a year.) The bad news is that with the loss of Isaiah, there are exactly two above-average players on this roster. Two. (Gay and DeMarcus Cousins. And Gay was below-average for the first half of last season.) Without moves, the playoffs are further than a pipe dream. 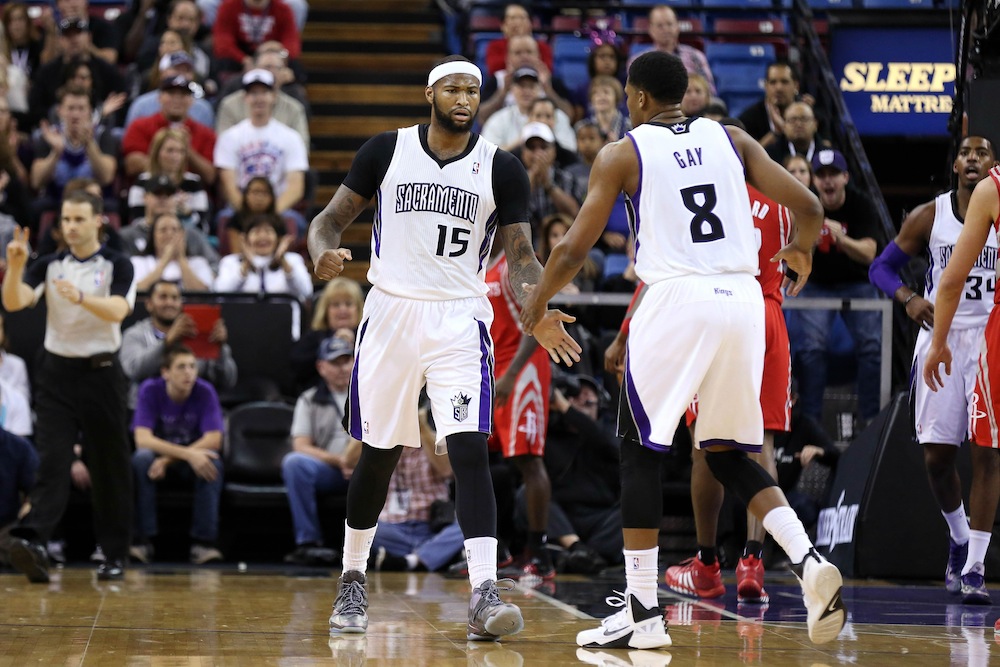 There's extremely little chance the Suns lose Eric Bledsoe at this point, because there's really no available space out there to reasonably see him get poached. However, if things get unexpectedly nasty and he ends up elsewhere in a sign-and-trade, we could add Phoenix (technically in the lottery last season despite being awesome) to this list despite picking up Isaiah. They lost Frye, too, and added rather raw rookies.

As soon as they trade Kevin Love ...

HOW OTHER LOTTERY TEAMS IMPROVED

NEW ORLEANS: Omer Asik. Should get Ryan Anderson back.