Blame the 76ers for the draft lottery changing

Incremental lottery reform -- and not anything more drastic -- is the right move for the league. The 76ers have little room to complain since they are the reason change is happening.

Share All sharing options for: Blame the 76ers for the draft lottery changing

Earlier this month the great Zach Lowe revealed that NBA officials are considering serious changes to the NBA Draft lottery that could go into effect as soon as next season. The reforms aren't of the earthshaking variety like Mike Zarren's Wheel or the Cones of Silvershire, but are instead incremental amendments meant to lighten the incentive to lose. The short version: more picks would be decided by lottery, the odds would be further democratized among the worst half-dozen or so teams and teams later in the lottery would have better odds than they currently do.

Why now? Efforts by Henry Abbott and Kevin Arnovitz of ESPN.com to bring institutional tanking further into the public consciousness deserve credit, as does behind-the-scenes work by front office folks named and anonymous. Lowe has absolutely been on top of the subject as well.

A daily column on the NBA.7/28: 3 bad NBA teams that got even worse7/25: Harden is right about Parsons7/23: The NBA must stop the Thunder7/21: Daryl Morey can't live up to his own hype7/18: Kobe is why the Lakers will stink again7/8: How the Spurs can overpay role players7/7: LeBron has a Dwyane Wade problem

But if you have to credit just one person for the sudden movement to reform the lottery, then there's an obvious choice: Philadelphia 76ers general manager Sam Hinkie.

Hinkie so thoroughly flouted league norms a year ago that the lottery and institutional tanking became major themes of the season. Many Sixers fans defended Hinkie's plan, while other NBA observers bemoaned it. Either way, it was a lightning rod everyone weighed in on. Apparently, enough of Hinkie's contemporaries disliked the Sixers' plan and its ramifications that lottery reform is now seemingly inevitable.

Of course the Sixers seriously oppose lottery reform right now, as Brian Windhorst reported on Wednesday. If implemented as reported, the new lottery rules would decrease the benefit for being super bad (as the Sixers expect to be). Philly had the league's second-worst record last year, which meant they would pick no lower than No. 5. (They picked No. 3.) Under proposed rules, Philly could finish with the worst record and pick No. 7! In fact, there'd be a decent chance of that happening! Of course the Sixers oppose lottery reform.

Some think the proposed reforms don't go far enough, that giving all 14 lottery teams equal odds, including all 30 teams in the derby or moving toward something like The Wheel are the better solutions. That'd be right if institutional tanking were a more destructive problem. But with only two or three teams apparently intending to lose big next season (most notably the Sixers), you don't want to overreact and blow up the system for a relatively minor issue.

Why? Because of the specter of unintended consequences. You don't nuke a hotel when two or three cockroaches are found in the hallway. You investigate the source of the problem and work to fix it without upsetting guests. Giving the Spurs ping pong balls or equalizing the odds between the Bucks and the Suns could set off untold other issues. 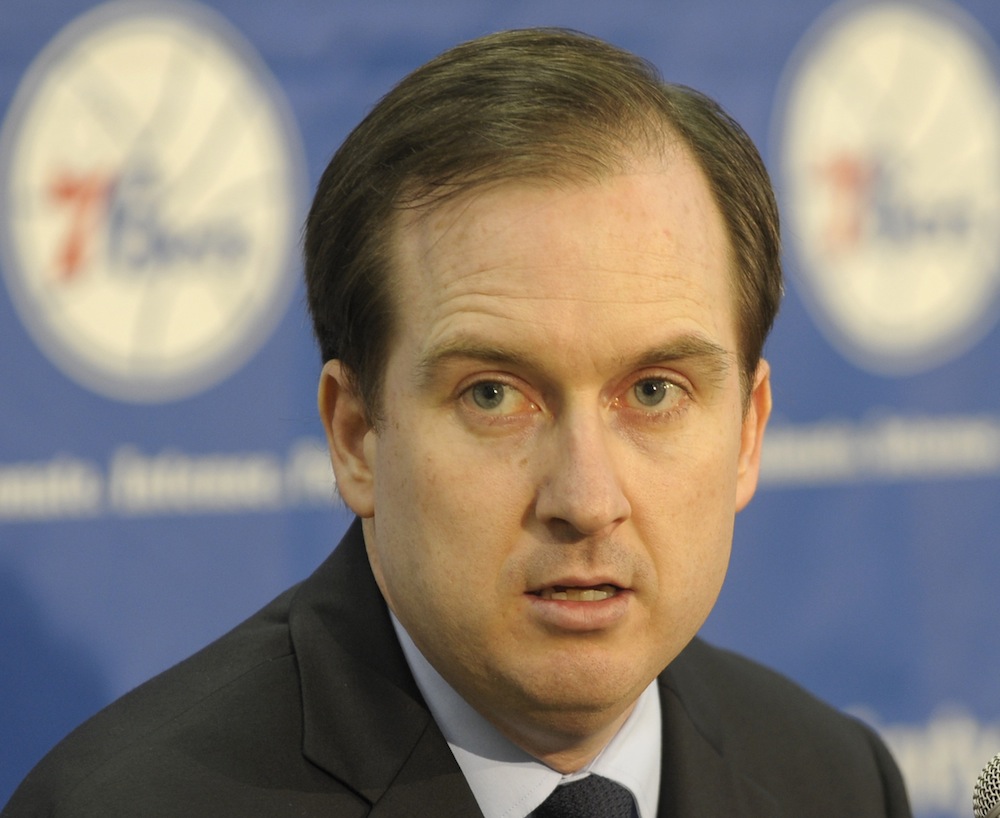 * If you "unweight" the lottery and give all 14 non-playoff teams an equal shot at No. 1, the inclusion of draft picks in trades will be reduced dramatically. You'll still have some moved with heavy protections, but generally teams will be less likely to trade their picks if they know they have a strong shot at winning a cornerstone piece without bottoming out.

* The league has instituted some dramatic rules under the guise of competitive balance, like the escalating luxury tax, the repeater tax and various restrictions on tax teams in signing or trading for players. If you add the playoff teams to the lottery, you instantly blow any competitive balance progress to smithereens.

you don't want to overreact and blow up the system for a relatively minor issue.

* These sorts of reforms make it easier to envision a new Clippers. For about 30 years L.A.'s stepchild team was almost exclusively awful. You can absolutely blame that on poor management and a cheap owner, but that doesn't change the fact that one of the NBA's teams was atrocious for 30 years. If you lessen the ability of the draft to help the worst teams, you're increasing the odds of perpetually awful teams forming. Sure, the Timberwolves and Kings have been bad for roughly a decade. Take away Kevin Love and DeMarcus Cousins and imagine how much worse it could be. Is it worth preventing a Sixers (intentionally horrible for three years) by creating a Clippers (unintentionally awful for 30 years)?

The worst thing the NBA could do about Hinkie and the Sixers is overreact. That's why the proposed reforms make sense. Under the current system, a GM decided to exploit the rules to ensure a series of high draft picks and give himself a better chance of building a long-term contender. The bosses don't want to see it repeated, so they are nudging the levers to "nerf" this particular strategy. It's totally reasonable and appropriate, just as it's totally reasonable for the Sixers to fight it tooth and nail.

They don't have much of a case -- "you're ruining our reason for being the worst!" is not exactly sympathetic -- but Hinkie wouldn't be doing his job if he didn't fight reform.