Why LeBron James' decision to go home was so surprising

LeBron remains a black box, which makes it hard to figure out why some of us were so wrong about the chances of him returning to Cleveland. Here's an attempt nonetheless.

Share All sharing options for: Why LeBron James' decision to go home was so surprising

Like others who closely studied the id of LeBron James following The Decision, the news that he chose return to Cleveland in 2014 was a stunner. Heck, the news that he was even considering going home was shocking.

Why? The short version is that we thought we had a read on what mattered to LeBron, but he surprised us with layers previously unseen. What makes an autopsy on the whole thing so difficult is that LeBron remains totally shrouded in mysterious motivations, even after his letter announcing his return to the Cavaliers. He's as impossible to figure out as ever.

Nevertheless, here's the perspective of one doubter proven wrong.

A daily column on the NBA.7/31: Blame the 76ers for the lottery changing7/28: 3 bad NBA teams that got even worse7/25: Harden is right about Parsons7/23: The NBA must stop the Thunder7/21: Daryl Morey can't live up to his own hype7/18: Kobe is why the Lakers will stink again7/8: How the Spurs can overpay role players

Back in 2010, LeBron's camp made a point to explain that Akron kids really did not like Cleveland. On the national stage, we have such a broad concept of "home" and assumed that LeBron was abandoning his "home" when he bailed out for Miami. But James' camp insisted that Cleveland was never home, Akron was. And Akron is not Cleveland.

Because of that case, I thought LeBron had only superficial feelings toward Cleveland itself despite loving Akron, where he still kept a home and did lots of charity work. As such, it's worth noting that in his SI letter, LeBron emphasized "Northeast Ohio," not Cleveland, from the first sentence to his closing thoughts. In the end, LeBron embraces the region, which keeps the canon clean.

That Gilbert apologized to LeBron helps explain why this sentiment could have been accurate, just overcome in the end. I will say that many of us would have found that particular memory too noxious to overcome. Gilbert's 2010 letter was just incomparably nasty, and I certainly wouldn't have been able to look past it. LeBron's more forgiving than I or a lot of other people. You can understand how that'd be a surprise.

This shows how little we really know about NBA players. No one has been covered more closely over the past four years than LeBron and the Heat, yet plenty of us were fooled into thinking that James, Wade and Bosh had become truly inseparable. When they all consulted each other before opting out in late June, it seemed like more evidence on the pile. But clearly their common interests and closeness, at least in professional terms, were overstated.

Because, you know, LeBron let an aging Wade give up a lot of guaranteed money to opt out under the guise of keeping the party going. It worked out for Wade in the end, because Pat Riley always pays his debts. But James really opened up the possibility of Wade getting screwed big-time. I mean ...

Dwyane Wade on his relationship with LeBron: "We're friends."

I always figured that after two titles they were a little closer than that.

Bosh was always going to get paid, but LeBron didn't even seem to try to get C.B. to ride with him to Cleveland. Instead, James is wooing Kevin Love. Life is rough.

I underestimated how upset he was about Micky Arison's stunning thrift

Again, it's still hard to pin down LeBron's motivations for leaving. But considering that LeBron was able to get Mike Miller to sign with Cleveland, it seems the Heat's decision to exile the shooter for tax reasons in 2013 may have sat poorly with King James.

LeBron played at a steep discount so that the Heat could win championships. LeBron made Arison a lot of money. And Arison went a bit cheap after the back-to-back titles. I mentioned it when Pat Riley challenged LeBron to step up after the Finals loss, but it seems like it might have stuck a little bit harder with LeBron.

That's the story that surfaced from Miami-based folks in the immediate aftermath of The Decision 2. While LeBron's people basically ran The Q in Cleveland, Riley kept a relatively tight lid on his organization in Miami. In Cleveland, LeBron and Friends Of LeBron ran the team. In Miami, it was Riley's show all the way down. Obviously, that can be annoying when you're a consigliere of the world's greatest player. 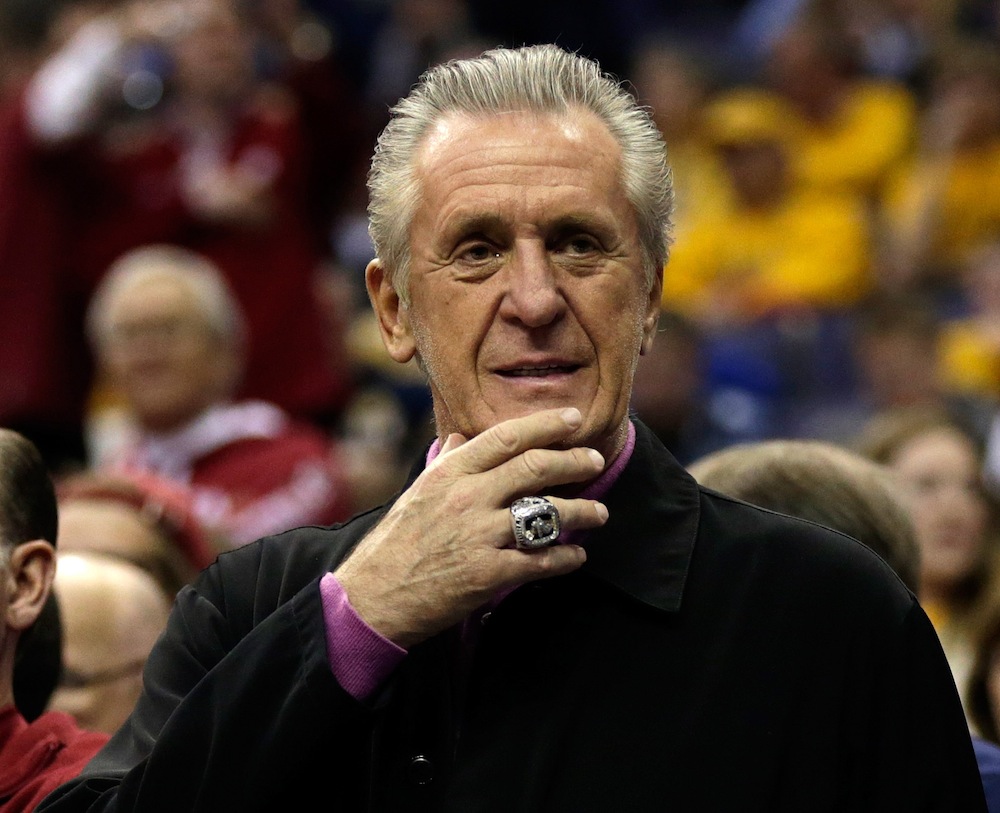 I read Shooting Stars, LeBron's quasi-autobiography, a few years ago. Most of the life was wrung from that book before it was published, but there were some important, canonical passages that sprung back into my head upon reading LeBron's SI letter. They were LeBron remembering his pre-AAU, pre-St. Mary-St. Vincent childhood. His life before being identified as a prodigy. His life as a poor kid in Northeast Ohio. Couchsurfing with his mom, lean Christmas mornings, just wanting a place to call home.

When LeBron talks about "home" he's talking about something much deeper than just Akron or his mansion in Bath Township or Northeast Ohio. He's talking about a feeling he dreamed of as a kid, a feeling he had before 2010. He knows there are kids growing up like he did who won't become iconic athletes, who will need to find home another way. And he feels a strong obligation to help them get there, even if it just means being a positive role model. In the letter he mentions he could do good in Miami, too, but that his impact in Northeast Ohio is stronger because he's a native son.

Perhaps this is the most bubble-gum reading of LeBron's second decision. But in the black box of LeBron's id, it's the one that now makes the most sense.