Ending tanking comes with a cost to competitive balance. Is the trade-off worth it?

Share All sharing options for: NBA Draft lottery reform will have unintended consequences

Anyone who followed the 2011 NBA lockout knows the phrase "competitive balance" should come with a trigger warning.

NBA officials, led by then-deputy commish Adam Silver, insisted that competitive balance was the driving force behind a laundry list of reforms to the league's economic system. From a stricter luxury tax to new restrictions on the types of transactions high payroll teams can make, competitive balance was the official rationale. Silver, his then-boss David Stern and owners lamented that so many teams entered a season with little hope of even making the postseason, let alone winning a title. Many of the reforms approved in the new collective bargaining agreement were presented as solutions to that problem. 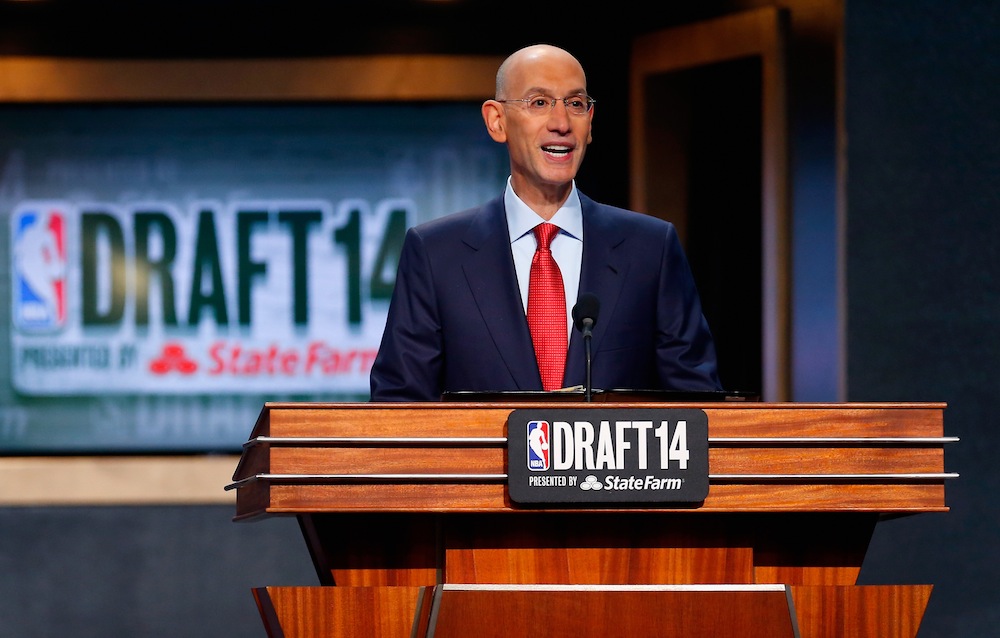 These days, there's a different reform we talk about in NBA circles: the draft lottery. The league may take action before the season begins and establish new odds for the 2015 NBA Draft, despite the protests of the Philadelphia 76ers. As I've argued, lottery reform is a thing precisely because Sixers GM Sam Hinkie has so effectively and so nakedly played the draft to his advantage. That's not a criticism of Hinkie or his plan -- under the current system, it's a totally valid strategy that's considerably less destructive than some would have you believe.

But the brutal honesty of Hinkie's gambit sparked a whole lot of outrage and a push for immediate reform. Apparently, Silver is on board with a few tweaks to the system to drop the likelihood the very worst teams will guarantee themselves a top pick.

What's interesting to me, as I first wrote about in March, is how these two reform movements play against each other.

There is diversity among the NBA's cadre of horrible teams. Not every ugly club is engaging in institutional tanking. Consider last season. Those Sixers finished with the league's second-worst record after scraping most of the veteran value off of the roster. But the Milwaukee Bucks were even worse ... and not on purpose. Before the season, the Bucks loudly stated their intent to make the playoffs, and were held up as the counterexample of the Sixers and their ilk. Milwaukee was the team that would not tank.

As we covered at length, sometimes the tank comes for you. The Bucks rolled through a carnival of maladies to a 15-67 record. Unlike in Philly, that wasn't the desired outcome. But desires don't really matter when the ping pong balls come calling; the altruistically failed Bucks ended up picking No. 2 and the tactically horrid Sixers picked No. 3. There is no Basketball God. (Ask Portland.)

To be successful in the NBA, you need stars. The easiest way to get a star is to draft him. Half of all NBA stars are drafted within the top five picks. The best way to get a top-five pick is to be among the five worst teams in the NBA. Like it or not, this system is in line with the idea of competitive balance: you strengthen the weak teams in the hopes that they can catch the strong teams. If you alter that system to hurt the chances of the weakest teams to improve and democratize the odds of getting those high-pick stars to some degree, you are working against competitive balance.

Under the proposed reforms, a team like the Suns -- who barely missed the playoffs with a well above .500 record -- would have better chances of landing a top-five pick. Meanwhile, the odds of the worst teams to stay in the top five would decrease. The league would be creating a greater chance of the rich getting richer at the expense of the worst teams.

A column on the NBA. 8/14: Players should share in team sale profits8/11: What O'Bannon means to the NBA8/8: Mitch Richmond & heroic losers8/6: Solutions for Bledsoe and Monroe8/4: The Pacers are screwed8/1: LeBron's decision was surprising7/31: Blame the 76ers for lottery changes

Lottery reform certainly has some competitive balance benefits. By removing part of the incentive to be awful, more teams could try to be competitive every season. Teams like the Magic, who last year continued their multi-year rebuild by loading up on minutes for project players, could have prioritized winning a bit more knowing that being really bad wouldn't have helped much more than being just bad. The idea is that you'd have fewer teams acting like the Sixers, Magic and Celtics and more teams acting like Hawks, Suns, Cavaliers and Kings. Atlanta made the playoffs in the shallow East. Phoenix was the best lottery team ever. Cleveland tried hard to win. Sacramento attempted to boost its win total to spark an attitude reversal.

But the Cavaliers and Kings still stunk, just like other try-hard squads like Milwaukee, Detroit, New York and New Orleans. And here's the dirty secret about competitive balance: unless you have every single team in the 35- to 47-win range, you're going to have awful teams every season. The best way to get those awful teams back on the horse as soon as possible is to give them the best incoming players via the draft.

Does the benefit of shrinking the incentive to tank outweigh the consequence of hurting the cleanest tool of competitive balance available to the league? This is what the NBA must realize when it comes to draft reform.

And this applies not just to the lottery reform proposal on the table: all ideas need to be filtered through this prism. The NBA pushed a lot of policy changes in the name of competitive balance, policy changes that affect teams and players a great deal.

Is it worth unwinding some of that progress to appease the vocal opponents of the minor scourge of institutional tanking?