Steve Kerr made the Warriors the best team in the NBA, not Mark Jackson

Mark Jackson wants the media and the fans to give him the credit he deserves for helping the Warriors in their formative years but Steve Kerr is the one who turned them into the best team in the league.

Share All sharing options for: Steve Kerr made the Warriors the best team in the NBA, not Mark Jackson

Mark Jackson had some good years as the coach of the Golden State Warriors. He led the team to the playoffs twice in three years and was beloved by his players. The front office didn't feel the same way and fired Jackson this past offseason in favor of Steve Kerr. Things got ugly when a statement owner Joe Lacob made at a private function slamming Jackson for not hiring good assistants or being well-liked around the organization was leaked. So things were a little awkward when Jackson, now part of the ESPN announcing crew, returned to Golden State to cover the game against the Cavaliers.

The crowd received him with applause as the team put his image in the jumbotron, which was a classy thing to do. It's clear, however, that Jackson is not happy with how things ended after his time in the Bay Area and feels like his work was not fully appreciated, saying during the broadcast: "I think Steve Kerr has done a great job. He's sitting with the best team in basketball right now. He deserves a lot of credit. And I think while giving him credit, there's no need to take credit away from the past. You cannot disrespect the caterpillar and rave about the butterfly."

Jackson is right that he deserves credit for taking a franchise that had not made the playoffs in five years to the second round. Stephen Curry turned into one of the best players in basketball on his watch and the Warriors developed a defensive identity that had eluded the team for years and is one of their biggest assets to this day. His time as the head coach of the Warriors was clearly a success. At the same time, it's possible to say the Warriors becoming the best team in basketball instead of one of many playoff contenders has little to do with Jackson and a lot to do with Kerr. Here are some of the changes Kerr made which are paying off handsomely for the Warriors:

Mark Jackson is back in Oakland on Friday to call the Cavaliers-Warriors game for TNT. He got a standing ovation from his old friends, big screen and all.

Joe Lacob blames Mark Jackson's poor relationship with the rest of the the organization and his choice of assistant coaches as the main reasons for letting him go.

During Jackson's tenure, Klay Thompson drew the tough point guard assignments while Curry was "hidden" on the other team's least dangerous perimeter player. It's a common practice designed to get featured offensive players time to rest on defense while containing the other team at the point of attack. The problem is it hindered Curry's development as a defender since he didn't take the challenges needed to grow on that aspect of the game. Kerr changed that, letting Curry guard star point guards. The results have been good, as Curry has welcomed the challenge, saying to the Mercury News of the time under Jackson: "He'd go to Klay and say, 'You got C.P.,' and he'd look at me. And I'm sitting here, shaking my head."

Curry is a legitimate MVP candidate. A big reason for that has been his growth on the defensive end to complement his elite skills on offense. The Warriors' defense is even better now that it was under Jackson, despite center Andrew Bogut missing time with injury. And while Curry is just a part of why the Warriors are excelling on that end, it's important to note that he has done a good job on a role Jackson didn't want him to play.

The changes to the starting lineup have produced results

Jackson used a starting lineup of Curry, Thompson, Iguodala, Lee and Bogut for the majority of his time in Golden State. The unit was good but the numbers showed it became great whenever Draymond Green played power forward in Lee's stead, so Kerr made that adjustment. Granted, Kerr had no choice but to make the change because David Lee was injured to start the season but he has stuck with it now that Lee is healthy. Draymond Green has emerged as a force on defense thanks to his ability to cover ground quickly and gives the team more flexibility on offense by stretching out the defense all the way to the three-point line and with his ability to put the ball on the floor.

Kerr also made the decision to bring Andre Iguodala off the bench and start Harrison Barnes. Iguodala wasn't too happy about it but made his peace with his new role and his presence with bench units allows the Warriors to always have an above-average wing defender on the floor. Barnes, for his part, has benefited greatly from the change. After looking completely lost last season on a bench role, he has flourished as a starter, upping his shooting efficiency significantly and improving defensively. Kerr should get full credit for those two adjustments which have streamlined the Warriors' lineups. 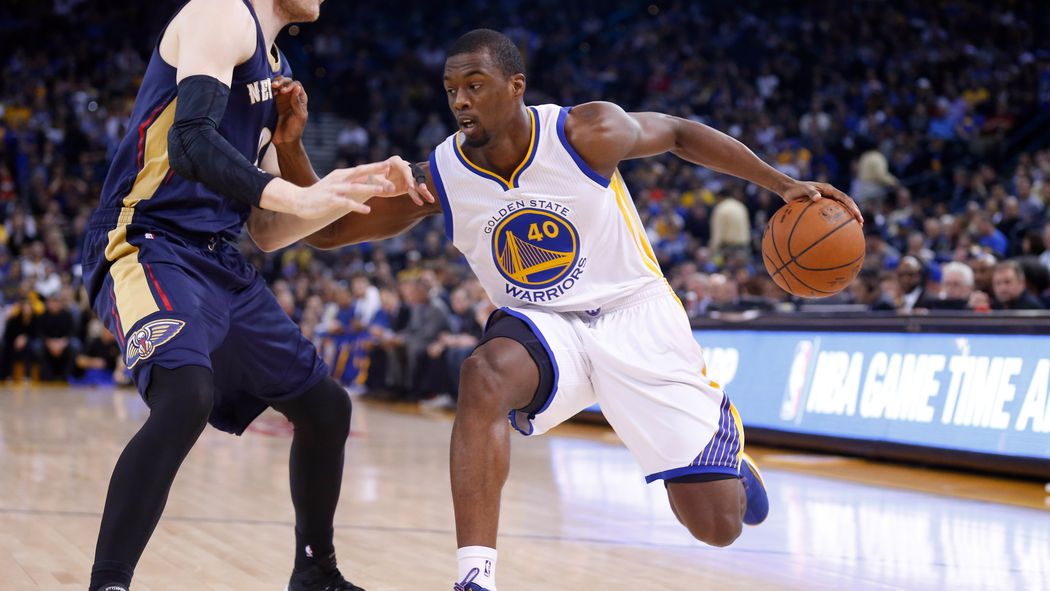 Kerr has created a functional environment

This is not an on-court change but it should be noted, as the dysfunctional relationship Jackson had with assistant coaches and the front office caused more than a few headaches for the franchise. Jackson demoted assistant Brian Scalabrine to the Warriors' D-League affiliate claiming "a difference in philosophy" and fired Darren Errman on suspicion that he was spying for the front office. Lacob made it clear Jackson wasn't well-liked within the organization and his close relationship with some of his players had an "us against them" component that doesn't make for a good working environment.

So far Kerr has done a great job of keeping everyone happy. Iguodala wasn't happy with his role at first but seems to have come around to it. Andrew Bogut, who had a run in with Jackson in his last season, recently said this about Kerr to Sam Amick: "He's well prepared. His practices are well structured. He knows his stuff. We go through things we need to go through, late-game situations and that kind of stuff. It's been fantastic so far." Kerr has found a balance between appeasing his players and the front office and the Warriors are much better for it.

Jackson is right that he deserves some of the credit for the Warriors' ascension. Kerr has also been lucky enough that Klay Thompson has evolved greatly as a player over the past year, a development he had little to do with. But when looking for someone to praise for how well Golden State is playing, Kerr is the guy that deserves it. Jackson did a good job. Kerr is just doing a better one.

Click here to get a 100% deposit bonus on FanDuel