Context is everything for the intriguing Bucks

No team improved more in 2015 than the Milwaukee Bucks, who went from worst in the league to the playoffs under Jason Kidd. What next?

Share All sharing options for: Context is everything for the intriguing Bucks

ZILLER: The Bucks earned so many NBA hipster fans last season (including both of us) because of their obsession with length at every position, the unleashing of Giannis Antetokounmpo and Jason Kidd's advanced stylings as coach. They also pitched away Brandon Knight (a near All-Star!) for the less experienced, cheaper Michael Carter-Williams and cap space, which was spent on the far more traditional Greg Monroe.

There's a pressing question as to whether Monroe's arrival will make Milwaukee less weird and thus easier to attack and defend. Put another way: the Bucks relied heavily on their defense, and their defense relied heavily on incessant length and quickness at every position. Is a normal center type going to stunt that flavor? Is the trade-off -- good offense -- worth it? 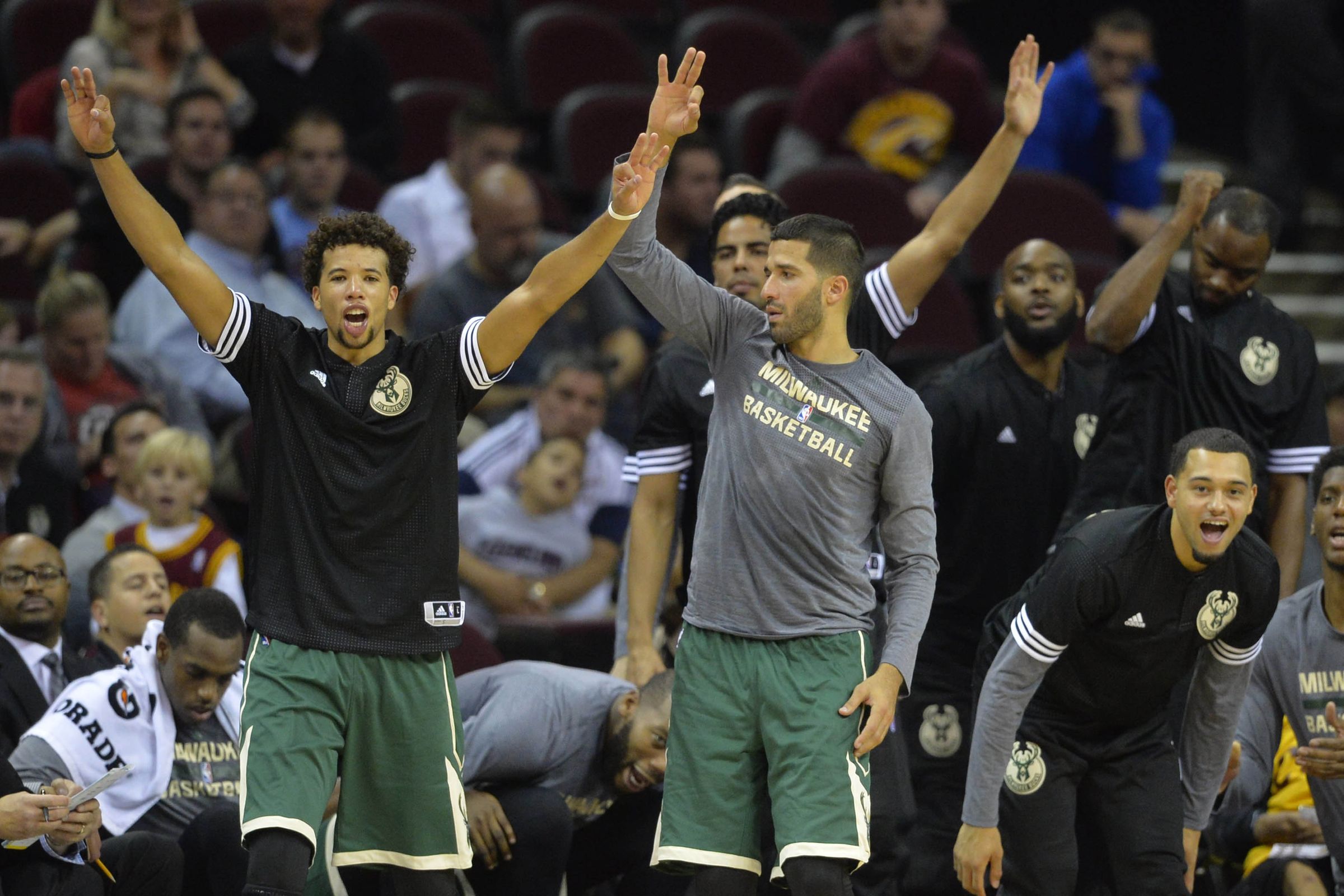 Best addition: Greg Monroe, who gives them their center for the present and the future.

In one sentence: The Bucks are still a year or two away from completing their rebuilding process, but player development from their young players along with the addition of Monroe makes them a scary Eastern Conference team anyway.

FLANNERY: I think adding Monroe was worth it, in that the offensive limits of their roster were pretty evident following the Knight trade. This is a team that really struggled to score, and while Jabari Parker might be the main man in a few years, he's not ready for that kind of burden yet. I also think Monroe has a chance to be really, really good now that he's out of Detroit and will be given a chance to be a center. Full stop. Plus, the Milwaukee Bucks got a top-five free agent! That doesn't happen every year.

I was talking to someone connected with the team and suggested that I really want to see what they're like two years from now once everyone has a chance to settle into place. It will be interesting to see what the added element of expectations does to their young core. This looks like a playoff team to me, but I don't think anyone should be expecting 50 wins and a top-four seed just yet.

ZILLER: No, especially since we still haven't seen any indication MCW can run an above-average offense. You can't win 50 (even in the East) scoring so inefficiently, and even Parker and Monroe need to be set up. I like the Monroe move but I think the Bucks will regret giving up Knight down the line.

I wonder what Giannis will look like in the future. He could go the Paul George route. He could go the Shawn Marion route. Tayshaun Prince. There were early Durant comparisons (not happening). I see some evolved Lamar Odom here.

FLANNERY: I like the Marion/Prince model for Giannis a lot more than the PG comp. He's learning how to play inside-out, which is ultimately good for his development, but long-term projections are still a tricky thing for a player as unformed as the Freak. Odom is an interesting path, for sure.

All of this is a good reminder that we still don't have a handle on this Bucks team just yet. Like you, I'm not sold on MCW. I'm also curious to see how Parker develops coming off the injury.

I still think this is a three-year project with the middle year (this one) being difficult to project. I wouldn't be shocked by a slight regression, but I would be surprised if everything came together much quicker than we anticipate. So, would making the playoffs and giving another team a hard time in the first round equal progress or stagnation?

The Bucks are incredibly young and still can be a terror in the Eastern Conference with their size and athleticism.

Training wheels are off for the young Bucks

The Bucks' future is bright. But can they deliver another leap this season?

ZILLER: If that's what happens -- and it's probably the most likely scenario unless the sea level in the East rises dramatically, which is also possible -- whether expectations are met will all depend on the narrative and how they get there. If Monroe fits well, Parker grows and Giannis continues on an upward trajectory, that will be progress even if the season has a similar result to 2015. If Monroe looks out of place, Parker doesn't quickly regain his form or Giannis starts to level out, a first-round exit will speak to unmet potential experienced during the season. Context is going to be everything for this team.

What do you think they need to do to call the season a success?

FLANNERY: Context, yes. Context will be very important for all the reasons you mentioned. As will patience. I think the Bucks have the potential to be a contender in the near future, just not yet.