The Wizards better get this year right

The East is wide open behind the Cavs, but why does it feel like Washington is vulnerable this season?

Share All sharing options for: The Wizards better get this year right

ZILLER: No coach boosted his stock in the 2015 playoffs more than Randy Wittman, who went small with Paul Pierce at the four and gave Otto Porter some room to breathe. It's not really great that Wittman played possum during the (important) regular season, but at least there's now some indication he knows what he's doing. That's nice. 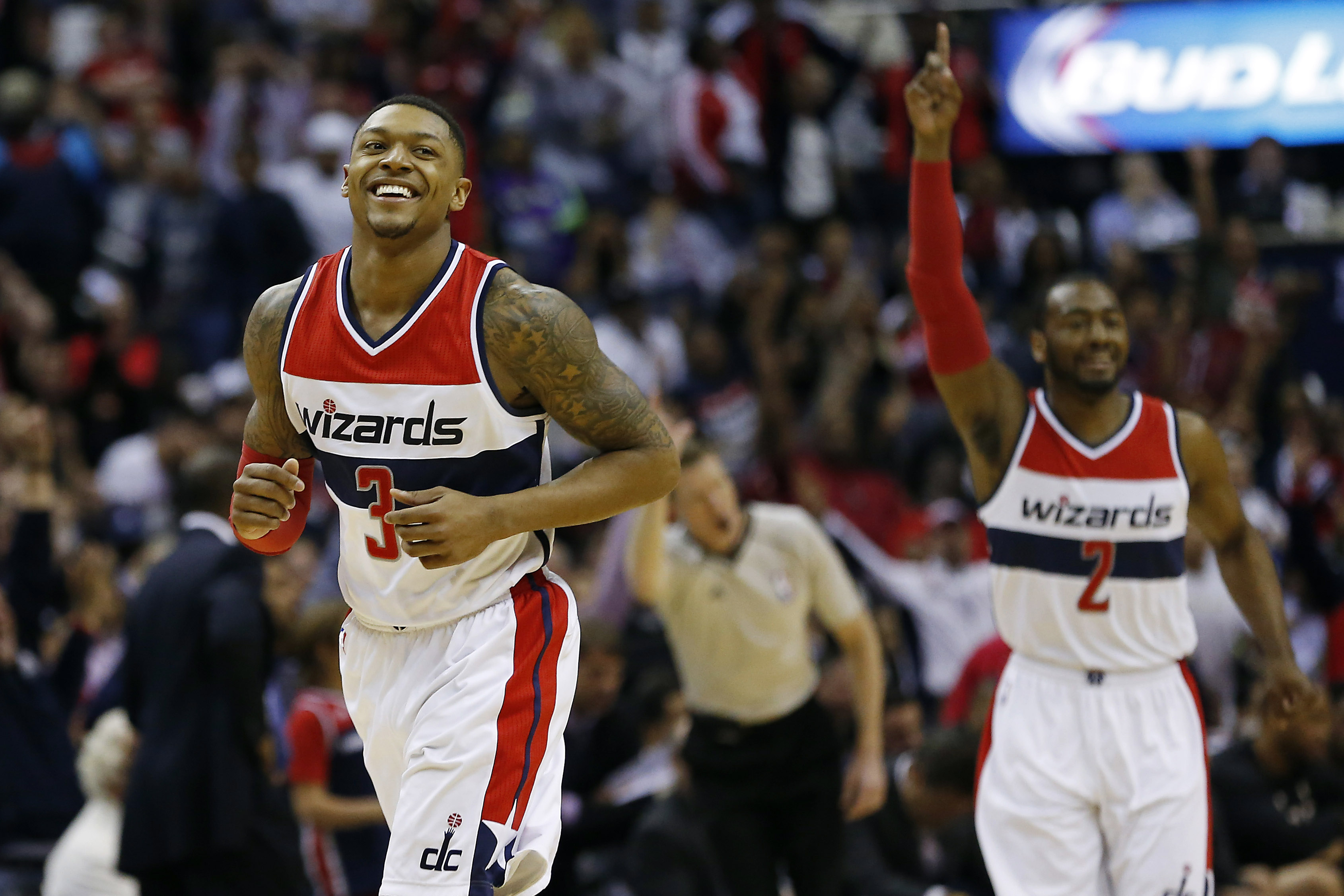 Best addition: Jared Dudley, who will play a pivotal role in moving the Wizards to a small-ball style.

Biggest loss: Paul Pierce, whose leadership and clutch shooting was invaluable all season.

In one sentence: The Wizards must progress to become a more attractive free-agent destination for Kevin Durant, and a switch to a small-ball style might be the way to do it.

But I'm worried about the Wizards a little. They lost Pierce, Nene looks worn and everything points to this being a year of patience in anticipation of Kevin Durant's free agency. I'm also unconvinced Wittman is up to the job of managing expectations in a conference that is wide open behind Cleveland. You know how good teams experience trap games? I feel like this is a potential trap season. (Or, they could win 55 games and make the conference finals.)

FLANNERY: I've gone back and forth on the Wizards this offseason. In July I was touting them as the second-best team in the East after Cleveland. Now, I'm skeptical for all the reasons you mentioned. Losing Pierce was a psychic blow as much as a personnel one, but that assumes that Otto Porter is ready. The frontcourt is pretty thin and getting older. As for Wittman, I'm skeptical.

That said, I did like some of the other moves, like adding Jared Dudley. If John Wall continues his ascent and Bradley Beal has a breakthrough season, then the Wizards could be a force. And yet, I have the nagging feeling that those two things could happen and it still wouldn't be enough if Nene breaks down. So yes, this has TRAP written all over it.

Let's talk about Wall though. I'm trying to temper my enthusiasm, but I think he can be a top-10 player soon, like this year. Is that too much?

ZILLER: He's already a top-15 player in my estimation, and top-10 is fully attainable. And with all due respect to Chris Paul, Stephen Curry and Russell Westbrook, I wouldn't be surprised if we considered Wall the league's best point guard within two years. He just turned 25! He carried the Zards for much of last season, and he could do it again.

I believe in Beal, too, but depending so much on Porter is a major red flag for me. He looked so lost for so long that I'm skeptical it all just suddenly clicked for him. I have a feeling Dudley and Alan Anderson are going to get a lot of those minutes at the forward spots, and that's frankly less exciting when considering the team's ceiling.

FLANNERY: Right. There's two poles here. The Wall-Beal backcourt of doom and the aging and unproven infrastructure that surrounds them.

I tend to agree with you on Wall. I knew he had improved, but I didn't understand just how good he was until the postseason. If he hadn't hurt his hand, there's a very good chance that the Wizards get past Atlanta and give the Cavaliers a more competitive series. Beal has to take that next step, but all the signs are there that he's ready for a breakout.

There's an easy comparison to Golden State here. Both teams are built around their backcourt. Porter is akin to Harrison Barnes in this equation. There's no Draymond Green here, obviously, and while Nene and Gortat are both good players, they don't have that true defensive anchor on the backline.

The other big variable is Wittman. Can he be as flexible and creative as Steve Kerr with this kind of team? We saw evidence of it during the postseason and their offseason moves trend toward playing smaller, but why did it take so long to click?

Unlike some others in the East (Cleveland, Miami and Atlanta come to mind), the Wizards haven't earned the benefit of the doubt from me yet. I'd like to see it in the regular season.

Read these other Wizards previews!

They have to keep improving this year. Have they done enough?

Will the transition go as well as expected?

Read these other Wizards previews!

Will the Wizards follow the blueprint? Wizards' season hinges on small ball

ZILLER: I don't mean to rag on Wittman so much, but when you asked if he could be as creative or flexible as Steve Kerr I began a 40-minute laughing episode. It's like asking if steamed cotton can ever be as appetizing as red velvet cake. We have all the evidence and intuition we need!

The one thing about Beal is that his productivity didn't grow much (if at all) last year. This might be who he is; that's fine, but a guy like Klay is another level up and Harden is 2-3 levels higher. Can Beal become more than a good starter is my question.

FLANNERY: I remain solidly behind Beal. He's still so young that yes, I think he can be more than just a good starter. But Beal's career arc, like everything else associated with the Wizards, needs to continue moving in a positive direction this season. It's a huge year for this franchise. If they stagnate, I think there are some tough choices to be made regarding the roster and the coach. They've proven they can compete at a high level. The next step is critical.

ZILLER: And let's be honest: the fans (and maybe front office) will be almost as invested in hoping the Thunder falling short as they will hoping for Wizards success.