The Suns are a perfect sleeper candidate

After a disappointing, drama-ridden down year, Phoenix is rebooted and ready to challenge for a playoff spot.

Share All sharing options for: The Suns are a perfect sleeper candidate

FLANNERY: The Suns went from breath of fresh air to stale and odious in the course of one eventful season. That's quite the accomplishment. To recap: They signed Eric Bledsoe to a mammoth extension with some acrimony after the drawn-put process, signed Isaiah Thomas, traded Isaiah Thomas, traded Goran Dragic and acquired Brandon Knight. Then they split up the Morris twins, leaving them with one pissed off Morris. Oh, and they signed Tyson Chandler and added a couple of low-key but solid players in Mirza Teletovic and Sonny Weems. 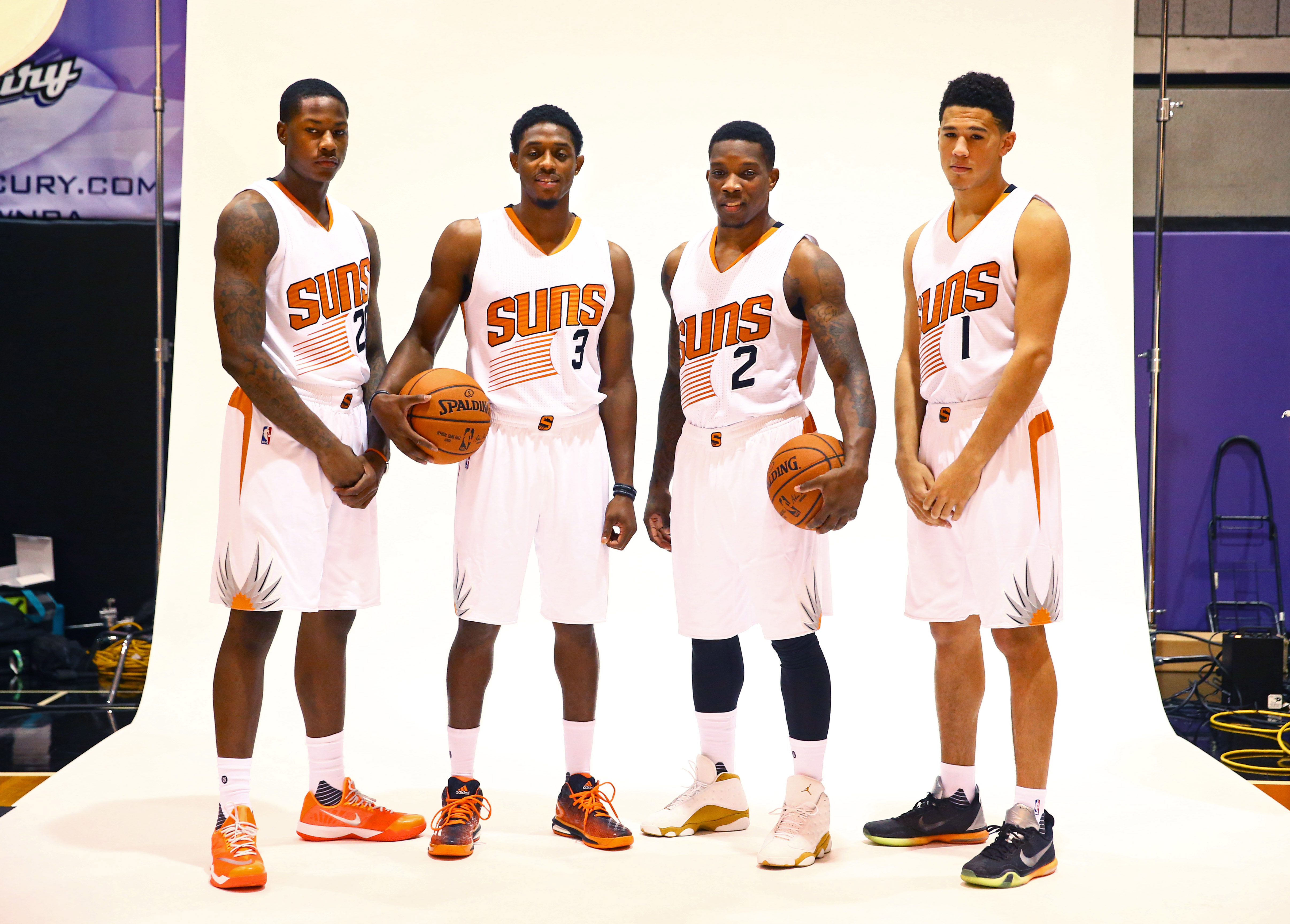 Best addition: Tyson Chandler, who will bring experience and defense to a roster that needs both.

In one sentence: The Suns took a big chance in the offseason but missed on LaMarcus Aldridge, so they are now hoping that internal growth and the addition of Chandler are enough to make the playoffs.

ZILLER: I think the Knight-Bledsoe duo can be stellar, I think Chandler still has something to give and I think a happy and committed Markieff Morris is a really good talent. Of course, Markieff appears to be neither happy or committed. So there's that.

I think this can be a playoff team even though the West is stacked deep. There's the potential for a top-flight defense -- which is what drove the 48-win season -- and plenty of offensive creation and finishing. Phoenix has also continued to add and retain interesting young pieces. There's something here in my opinion. What do you think?

FLANNERY: I think people are sleeping on Phoenix and this has a chance to be a pretty good team. I'm not as sold on the Knight/Bledsoe backcourt as you are, but that's alright, I can see the reasoning. What I like is the talent up front with Chandler and Alex Len, plus the young guys they have like T.J. Warren and even Archie Goodwin. There's a few players here that haven't hit their stride yet. Plus, I think Jeff Hornacek is a really good coach.

So yeah, I'm seeing a bounceback season. I'm just not sure whether that will be enough to get them into the postseason.

ZILLER: It's just so crowded, even with Portland and possibly Dallas dropping out. But Phoenix is in a good spot in both the short term and further along. Chandler's really the only major player who's clock is ticking, and the key guys are locked up beyond the free agency explosion.

But this show does sort of depend on Morris coming into line, doesn't it?

FLANNERY: It's an interesting position, to be sure. They're playing both the long and short game with Chandler and the young nucleus. (They've also got picks coming from Cleveland and Miami, the latter of which could be extremely valuable.)

As for Morris, it does and it doesn't. He's an important part of what they're doing, but at the end of the day he's a piece and not the whole puzzle. I think it's far more important that Bledsoe takes a positive step and the young guys continue to develop.

I have them and Utah fighting for the last playoff spot with New Orleans a little bit ahead of both. I'm not entirely comfortable calling the Pels a lock but that's how I have it at the moment. How many wins do you think it'll take to get into the postseason out West? I'll say 46 will do it and I think that's within reach if Chandler stays healthy.

rollin j. mason •Bright Side Of The Sun

The Phoenix Suns will trot out yet another revamped roster for 2015/16. Will fewer cooks in the kitchen and a new dynamic in the locker room mean an end to their playoff drought?

It's playoffs or bust for the Suns

After narrowly missing out on a playoff spot the past two years, the Suns need to either finally make the postseason or rethink their approach.

The Suns aim for less drama, more playoffs It's playoffs or bust for the Suns

ZILLER: I think it'll take about 48-49 like some of the tougher seasons. (It took 50 one year!) Phoenix can get there, and I think there's an outside chance that if Knight comes along, Bledsoe and Chandler stay healthy, Morris gets in line and P.J. Tucker is the best version of himself, they can get above the 50-win mark. There's also a chance one or more of those things doesn't happen and they don't break 36 wins. This is a boom-bust team in my opinion, and one that absolutely needs a quick start to build that confidence and keep the full corps pressing ahead.

It's worth nothing that Hornacek, as of this writing, is in a contract year. That can make coaches do weird things.

FLANNERY: I'm not worried about Hornacek. He'll be fine. Sure would help to get to closer to 50 wins than 40, though.

ZILLER: I do think Hornacek and his boss Ryan McDonough are on the same page. But you take a contract issue, a team with relatively high expectations and a problem child like Markieff and there's the potential for some finger-pointing and drama. Let's hope for the best.