The Golden State Warriors captured the NBA championship with a 105-97 road win over the Cleveland Cavaliers on Tuesday night. Once the team returns home, it will celebrate with a championship parade on Friday.

This is the first NBA title for the Warriors since 1975, and the first pro sports championship for the city of Oakland since the Athletics won the World Series in 1989. The team and Oakland will host a parade and rally beginning at 1 p.m. ET, though fans are allowed to line up beginning at 5 a.m. PT at the corner of Lakeshore and 12th Street.

The parade begins on Broadway at 11th Street, then proceeds down Broadway before turning right on Grand Avenue then another right on Harrison, which turns into Lakeside Drive, then Oak, culminating at the convention center. The route: 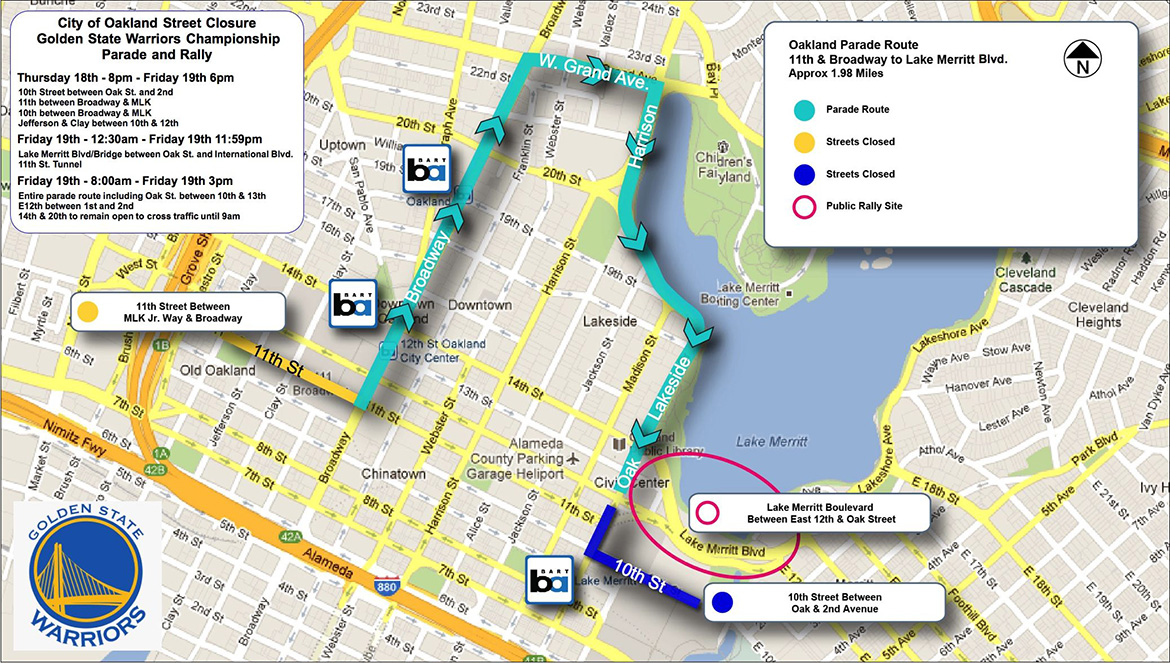 The rally will be televised locally by Comcast Sports Net Bay Area.

There will be additional BART trains running all day Friday