It's not the first time the Cardinals, Fighting Irish and Huskies have been undefeated entering December, but it's probably the first time they weren't expected to have an unblemished record. A quick assessment on how their seasons may pan out, plus the top and bottom 10 ten from Feast Week, and a power shift in the ACC/Big 10 Challenge.

Louisville, Notre Dame and UConn all currently boast a nice round goose egg in their respective loss columns, defying conventional thinking and just about everything written by all those preseason magazines. But what if I told you that not one of these teams will hear their name called on Selection Sunday?

Okay, you called my bluff; I am not going to tell you that. Well-coached and always on the national radar, the early season success of these Big East teams isn't that wild an aberration, and all possess enough strengths to suggest their current play could continue to some degree, as they do the over achievement dance all the way to the NCAA Tournament.

But we must proceed with caution. Remember Ball State in 2001? Last season's Texas team? Just about every Clemson Tigers squad since 2003? Nothing is a guarantee, so let’s briefly look at this trio of clubs playing hot out of the gate but susceptible to a slip-up.

If Rick Pitino didn't have that whole Karen Sypher mess, would we even have mentioned the Louisville Cardinals basketball team this summer? While John Calipari scooped up what appeared to be every elite prep star, Louisville wallowed in mediocrity. Then, at the Big East media day, Pitino told every credentialed person in the building that the Cards were going to play fast; like seven-seconds-or-less fast, like Division III Grinnell fast! Pitino recognized no standout scorer on his roster, so why not implement a gimmicky offense and see what the flip happens?

This all sounds like a blast, and the 5-0 start suggests that Pitino may be on to something, showing he's an evil genius who can modify his offensive approach and adapt to his personnel. The Cardinals are logging seven more possessions per 40-minutes, but they've yet to improve their points-per-possession figure (1.11 in 09-10; 1.13). Do you think this team can continue to play at this pace during the Big East schedule? Eh, I am not sold on that.

Additionally, I'd like to see Louisville hold a slim lead in the second half. How fast does this team try and play when they're up eight with five minutes to play? You wouldn't call a go-route in football, you'd run the ball. Louisville has to prove they can play composed and understand time and score. They don't have to worry about that during a 106-65 fast-break tutorial against Chattanooga.

One of the most recognizable names in college basketball the last few years was Luke Harangody. Now he’s gone, along with his pencil-it-in 20/10 output. Big problem right? Not right now, but maybe soon. The Fighting Irish, 8-0 and winners of the Old Spice Classic down in Disney, look like a more complete team that’s not standing around watching their former star play 1-on-5. With roles defined, it’s Tim Abromaitis score, Ben Hansbrough pass and shoot, and Carleton Scott intimidate down low.

Sounds great, but let’s not forget they’ve been fortunate to play against Georgia State and Chicago State and Cal – who scored five points in a half. Don’t try telling me it was because of great defense. It’s HARD to score only five points in a half. The Irish were nearly out rebounded in that game too. Going forward, they’re never going to face a squad that’s as offensively anemic as the Golden Bears.

Pretenders now who look really good on paper, the Irish can’t be deemed contenders until going through Kentucky and Gonzaga later this month.

Earlier this week I articulated my disdain for everyone impulsively declaring that the UConn Huskies were back. Fresh off a summer of drama, the Hukies entered the season with junior point guard Kemba Walker, and a bunch of other guys. Well, Walker carried his team to win the Maui Invitational, and just like that, because UConn is slapped across their jerseys and they’re coached by a guy with 826 career wins, chalk it up as an egregious mistake to rate this team so low coming into the season.

Hold the phone. Did you even consider the thought that the Huskies won the title because a very good player played outstanding? Or that this outstanding play came against one team that might be asleep at the wheel (Michigan State) and a second that might have been overrated coming into the season (Kentucky)? Walker is currently shooting 60 percent on two-point field goals, is responsible for 38 percent of the Huskies' scoring, and has been part of 53 percent of their field goals scored. Should we consider this as sustainable and a recipe for season long success? I say absolutely not, The UConn Blog says yes, but we all can agree that it’s been pretty damn fun to watch.

Who knows where these teams will be next week, next month, or in March, but I do know that preseason polls are about as useful as mammary glands on a boar hog.

Now to the week that was... 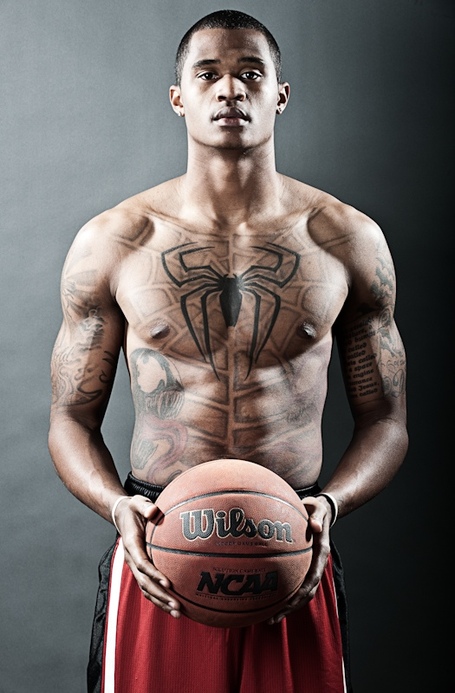 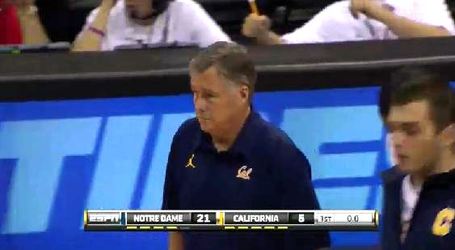 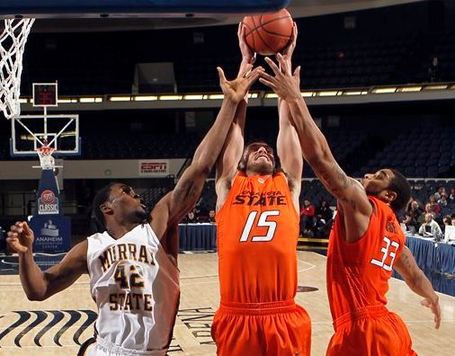 *Because I couldn't find an aerial shot anywhere, I straight up copied and pasted this image from Luke Winn's College Basketball Power Rankings.

Bickering over who knows what, the Duke backcourt has been nothing but impressive on the court, but no NBA scouts are going to appreciate this sort of juvenile dialogue!

It's a three-day weekend in these parts, and while we haven't reached the ditch-the-girlfriend-and-grab-unilateral-control-of-the-TV-remote time of the year, there's still a handful of reasonably enjoyable games to divert your attention away from football: