You'll be hard pressed to find anyone who disagrees, but Gus Johnson needs to call the Final Four. We're not kidding around this time. Also: We look back at the week in college hoops in 10 up, 10 down.

Deftly maneuvering through New York City holiday foot traffic this weekend, I was unfortunately not able to take in Saturday’s excellent Kentucky-North Carolina game. Instead, I had to risk decapitation from anxious shoppers on Fifth Avenue; head down, and eyes fixated on my phone’s twitter feed. The game, as far as I can tell, was great, but UNC's win seemed to be overshadowed by the guy calling it. Lucky for viewers, Gus Johnson was behind  the mic for yet another game that came down to the wire. It seemed too-fitting, just the latest in a long line that was significantly enhanced because he was intent on going hoarse.

So it was that, a sporting event that I didn't even see or hear that forces me to finally type this: Gus Johnson needs to be on the call for the Final Four this season, next season, and every season after that.

For the past five years, it seems, there has been a movement growing in size demanding the Johnson kick Jim Nantz aside and allow Johnson, surprisingly a 15-year vet at this calling games thing, serve as one half of the "A" team for CBS' college basketball coverage. It’s an easy statement to say to sound cool amongst friends, but recently what was once chic has turned to conventional thinking, and now it’s almost cliché to discuss as really this can be categorized as a necessary move that will ultimately be enacted. All of us have discussed it, tweeted it, Liked it, and implored CBS to actually do it when in the company of our friends, so why not just frieken DO IT?

Johnson exudes the passion and energy on par with college basketball itself, a sport where no one player or even team could ever be remotely close to being bigger than its peers.  Jim Nantz does not.

In deep with the NFL season until February, it’s unlikely Nantz is up to speed on what’s happening in college basketball before he’s dispatched to various games with Clark Kellogg for six weeks leading up to March Madness. Even worse, Nantz makes quick work of the Final Four, boarding a private jet to Augusta, Georgia as soon as One Shining Moment begins. He sounds like the voice of small-time audiobooks. That translates perfectly to describing something as idyllic as the Masters, not Gordon Hayward's half-court prayer.

The New York Daily News’ Bob Raissman pens it best: "Nantz's voice is better-suited for describing putts on the bucolic greens of Augusta than heart-palpitating buzzer-beaters."

Recently, Johnson made an appearance on the BS Report. Naturally, his conversation with Bill Simmons turned to the NCAA Tournament, and it wasn’t necessarily Simmons driving the bus. Asked what his favorite game he ever called and he emphatically declared last spring’s Sweet 16 match-up between Xavier and Kansas State as the one. No, not a game where Al Harrington got buckets, and not the time when Chris Johnson displayed getting-away-from-the-cops speed. It was an amateur event, where the Musketeer’s Jordan Crawford hit about seven improbable three-pointers, only to see the Wildcats Jacob Pullen and Denis Clemente counter until escaping on to the Elite Eight after two overtimes. From there, Simmons was ready to switch gears and halt the college basketball talk, but Johnson refused to digress. As a fan of a sport that's miles behind football in popularity, this dialogue felt like a small victory.

I’m not here to link up to all his great calls, or even that soundboard that turns me in to a five year old when I get a hold of it. We have all killed endless lunch hours stimulating ourselves to this guy's electric voice. But I am ready to formally declare Gus Johnson as the official-unofficial voice of college basketball, and the leading candidate to supplant Jim Nantz to call the next 20+ Final Fours.

Now, if only we could find an adequate color guy to partner with him. 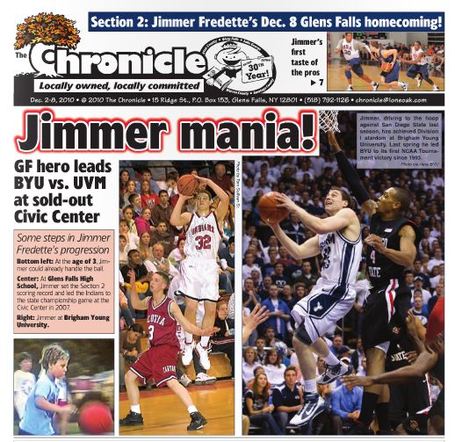 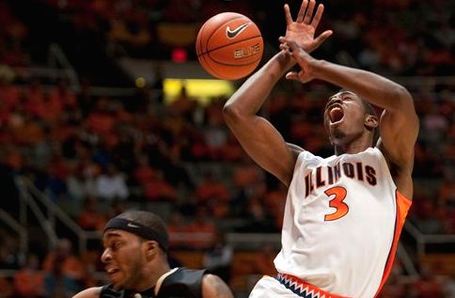 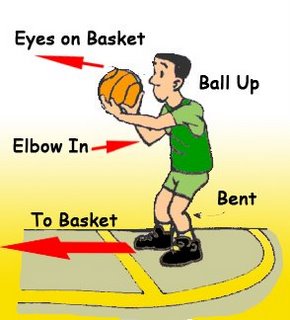 Please folks, don't waste Isaiah Thomas' time. For it is precious, and he laughs at your defensive schemes.

It's a three-day weekend in these parts, and in slow moving fashion our weekends are beginning to take shape around a complete slate of college basketball as football gives way.

Throw on something dapper and hit up a Christmas party, or you'll be stuck Gamecasting William Jessup - Sacramento State or, even worse, Iowa State - Iowa.

Isn't it about time for your Fantasy Football playoffs?