When the field of 68 is announced in just over three weeks, there's going to be some very mediocre teams participating in March Madness. The "soft bubble" is a growing problem in college basketball, and it's not good for the game.

Interest in NCAA basketball is waning. There are several reasons we could point to, but the bottom line is we're swimming in a more shallow talent pool every year. The glamour and lucrative contracts of the NBA has caught up to college basketball, leaving less identifiable players and teams year-over-year. This, combined with the NCAA Tournament growing even larger, has created the yearly "soft bubble," which essentially allows completely average teams to participate in March Madness.

My interest in this topic really piqued earlier this week when Ken Pomeroy called out SI.com's Andy Glock on twitter. Glock's weekly Bubble Watch moves from suggested reading, to required reading, to post-lunch bathroom reading as the season progresses. It's great stuff, as well as our own Chris Dobbertean's rendition. But Pomeroy said it best when he called out Glock for calling this year's bubble as being "as soft as ever." 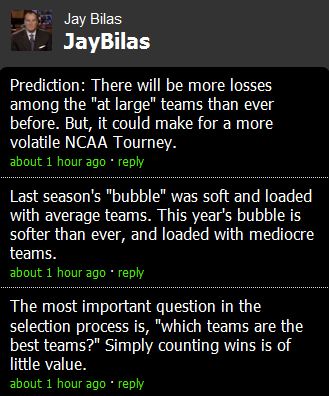 Is it possible that this is the softest bubble in recent memory? Maybe, but the real storyline here is it's more a continuation of a current trend that college basketball desperately needs to remedy to increase interest for a longer portion of the season and return to prominence.

You can't quite quantifiably compare bubble teams from year-to-year. Statistics remain relatively the same so it's common sense and an eye test that you must employ. This season, the teams that will likely be biting their fingernails most fervently are Clemson, Kansas State, Penn State and Butler.

Just which of those four teams jumps out to you and scream "talented and fun to watch"? Kansas State might be coming back to life following Monday's victory against No. 1 Kansas, but Clemson's best player is Demontez Stitt (he doesn't even have a DraftExpress.com player profile), Penn State is barely staying afloat at .500 in their own conference, and Butler might finish third in the Horizon League.

That's just not cool. You can't possibly convince me these teams are worthy of legitimate post-season play. We're moving towards a egalitarian society where anyone and everyone with a few quality victories can make the field of 68. As the selection committee gathers in Indianapolis next month, I'm sure they'll reward good wins more than penalize for bad losses when selecting the at-large bids.

While he's a huge fan and one of college basketball's most respected voices, Jay Bilas has constantly been poking fun at this great game, all but imploring the NCAA and NBA to work together to address both sport's problems. Ultimately the goal is to keep players committed to improving for a few years as an amateur athlete. This will prevent more players from turning pro simply to cash a paycheck for sitting at the end of the bench, and limiting a diluted product by not allowing below-average teams from contending for the NCAA Tournament.

I imagine, that as college basketball begins to temporarily take center stage here on all mediums, the casual fan will tune in to a random SEC game or perhaps a Pac-10 conference semifinal and look perplexed. They may see a team with one decent scorer and nothing else, or a team that turns the ball over 25-plus times yet finds a way to win. I don't want that as part of my NCAA Tournament, and the lack of talent is a dirty little secret that may be about to get exposed.

Further tournament expansion sounds like the worst idea ever, no?

Now to the week that was... 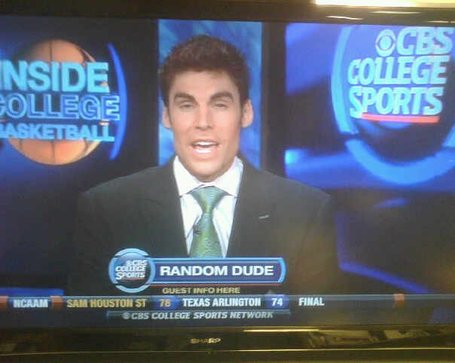 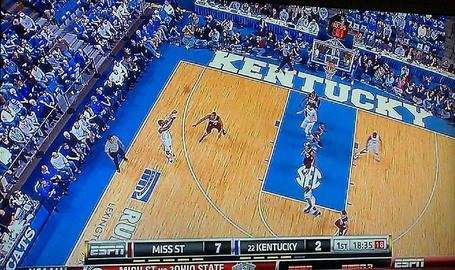 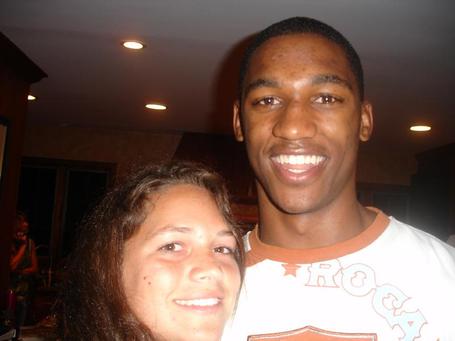