We should establish here that all we really know -- or at least, all that the vast majority of us who don't live in Nashville know -- is that Chris Low said something to a Nashville radio station about the possibility of Bruce Pearl getting fired. Alas, with the entire Tennessee fan base and Internet community already on DEFCON 1, that was really all it took once something resembling the quote made it into the Twitter blood stream. 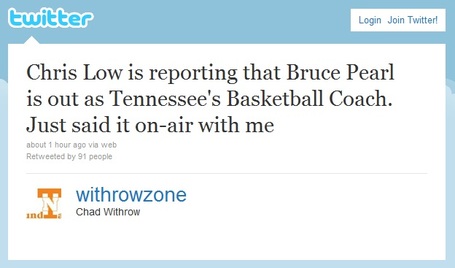 But as we all know, an Internet rumors is not true unless two independent sources tweet it. Wait a minute -- 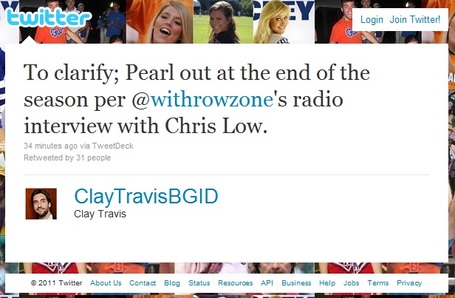 So there you have it. Chris Low obviously said that Bruce Pearl was going to be fired at the end of the season. Not that any of us heard him say it, you see, but people are tweeting that he said it. And we all kind of believe it anyway. Let's get about the business of identifying candidates and --

I'm sorry. Bruce Feldman, you wanted to say something? 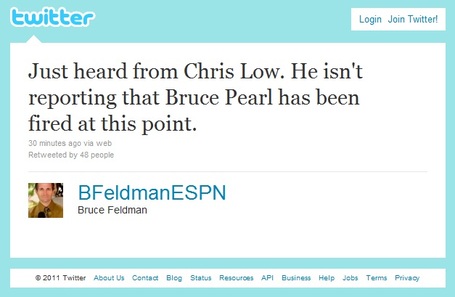 At this point! That means he will at some point in the future. BREAKING NEWS ...