The college basketball fan who hasn't yet been privy to the adorable playing style of UNC's John Henson could be forgiven for assuming the six-foot-10 sophomore had money on Washington today, thanks to his late efforts. With seconds left, Henson jumped to brush his hands against a downtown prayer from Washington's Venoy Overton that was headed out of bounds anyway, giving UW one last chance.

On the next play, Henson decided to attempt a goaltend on Isaiah Thomas' last-ditch heave: 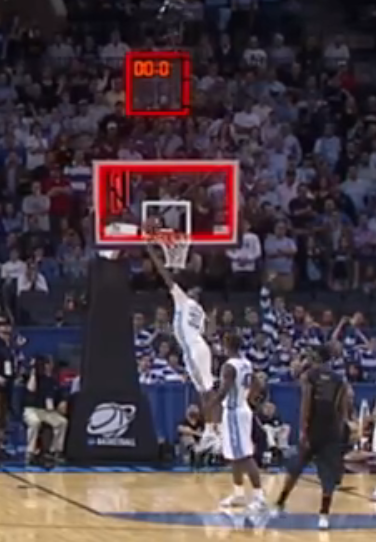 Neither of those plays ended up swinging the game, but let's just be glad the clock ran out. If he'd stayed on the court much longer, Henson might've attempted a putback of a Washington free throw or something.

After the game, Roy Williams called Henson "a very mischievous 11-year-old who happens to be 20," while Henson decried his own awkwardness and Carolina walk-on Daniel Bolick revealed his nuts-related strategy for faking out Henson in practice.

We're talking about the player who recently airballed consecutive free throws, so entertaining lapses are nothing to be all that surprised by. America, treasure John Henson.